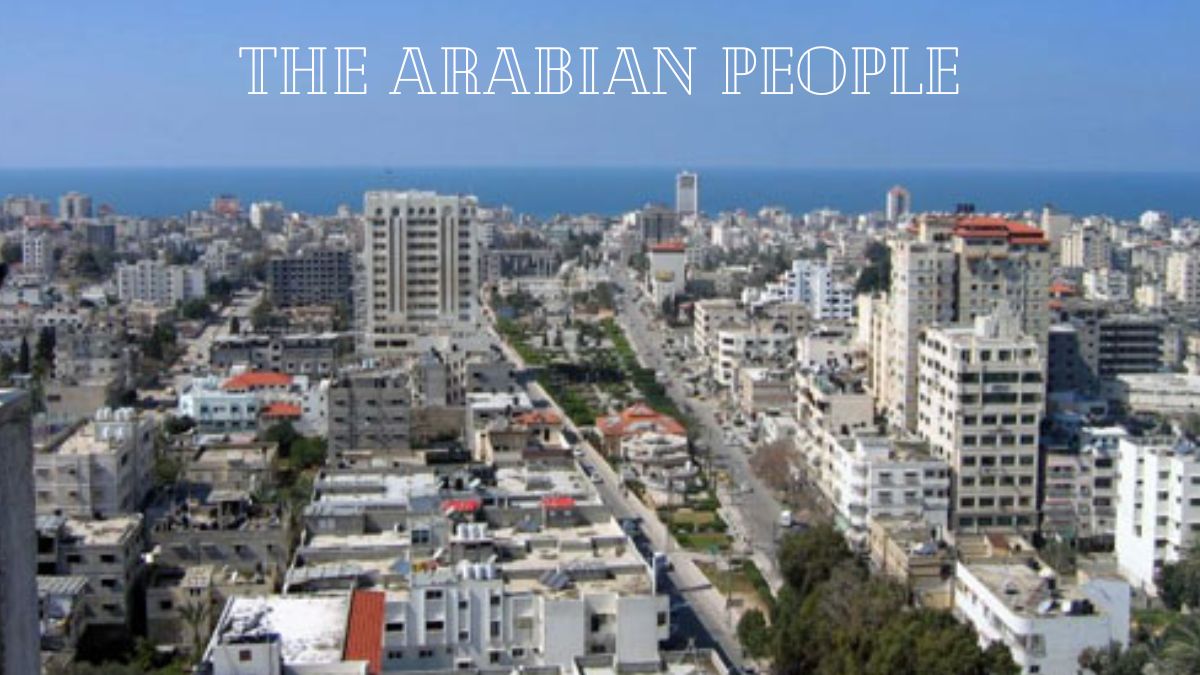 The Arabian people are one of the oldest peoples. Each Arab country has a great civilization, a heritage they are proud of. Besides traditions that they adhere to. Therefore, this article will tell you everything about the Arabs.

The Arabian people are the oldest peoples

There is evidence that the Arabs are the oldest people. As the first ancient writings that mentioned the word “Arab, bedouin” were the Sumerian writings. In addition, the Arabian Peninsula was called “the land of the Arabs”. This indicates the extent of their originality and roots rooted in the Arabian Peninsula from time immemorial.

The meaning of the word “Arab” or “Arabian”

The word Arab has had many meanings throughout the ages, such as:

In the past, Arabs meant Bedouins, then the interpretation of its meaning was later interpreted as “eloquent in speaking”. So the main reason for this is their eloquence in speech.

Origins of The Arabians people

The Arabs are a branch of the Semitic peoples and their origins go back to the Arabian Peninsula. There are two opinions:

Ancient researchers believe that the Arabs are among the peoples that migrated from the Gulf region.

While researchers in recent studies see that the Arabs have migrated from the eastern Mediterranean region to the Arabian Peninsula and Ethiopia.

Today, the Arabs settle in the Arabian Peninsula and the Levant, Iraq, the Nile Valley, and the Maghreb.

Lineage of the Arabian people

There are two opinions about the lineage of Arabs:

Some attribute them to the Prophet Ismail, peace be upon him.

Others attribute them to Ya’rub.

Identity of the Arabian people

The Arab identity is very old. As we mentioned before, so it cannot be linked to Islam only. Because it dates back to before the advent of Islam.

The religions of the Arabian people

Many Westerners and Europeans think that all Arabs are Muslims. However, Arabs are not only Muslims, as Islam dates back to ages before the advent of Islam.

The Arabs witnessed the emergence of Christianity and Judaism. Therefore, today the religions spread in the Arab world are as follows:

Most Arabs are Muslims, as it is the religion most Arabs believe in.

It is the prevalent religion after Islam in Arab countries.

There are three degrees for Arabs such as:

It is the Arabs who were settling in the Arabian Peninsula. Then disappeared due to many environmental factors such as creeping sand or volcanoes.

They are called that because they took the Arabic language from the perished Arabs. In addition, they are sons of Yarub from Qahtan.

Geography of the Arabian people

It takes the area from the Atlantic Ocean in the west to the Arabian Sea in the east.

The largest and the smallest Arab country

The state of Algerie is the largest Arab country due to its area. Because of an area of ​​about 2,381,741 square kilometers.

Bahrain has an area of ​​934.57 square meters. Thus, it is the smallest Arab country.

What are the Arab countries?

The population of the Arabian people in the world

The most populous country

Egypt is the most populous Arab country, with a population of 103 million, according to 2022 statistics.

Comoros is the least populated in the Arab world, with a population of 869,000.

Ancient Civilizations of the Arabian people

There are many tourist places in the Arab countries that many tourists visit from all over the world such as:

The most famous Arabic dishes of the Arabian people:

It is one of the most famous ancient Egyptian pharaonic dishes. In addition, it was served to kings, so its name was kingship, and then it became a name with time.

It has spread throughout the Arab world after Egypt and is a delicious green plant.

Mansaf is one of the most delicious Arabic dishes. Besides Arabs always serve it at large weddings and banquets. It is famous for Jordan, Iraq, Syria, and Palestine.

It consists of chicken and some nuts such as almonds, onions, olive oil, and Baladi bread.

Its origin goes back to the Assyrian era and also is one of the most famous dishes in the Levant.

It consists of meat and also bulgur.

Egypt is famous for koshary, which is an ancient dish. Ibn Battuta the traveler mentioned it. In addition, it has many benefits, as most tourists try it.

It has its origin in Syria, and also it is one of the most popular Arabic dishes. Besides, it is used in appetizers as well.

It is a leaf of trees, and also this is the meaning of its name in Turkish. Because it spread at the time of the Ottoman rule in Syria

It is one of the most famous Moroccan foods and is rich in many benefits for the body.

It is wheat flour and also meat or with sugar and milk.

It is one of the most famous Yemeni delicacies. Besides, it has spread in the Arabian Gulf, and its origins go back to the city of Hadhramaut.

In addition, It consists of meat or chicken that is cooked underground in a certain way and at a certain time. So it is one of the dishes that you must try.

To conclude, the Arabians people have many famous touristic places all over the Arab countries that prove their development.