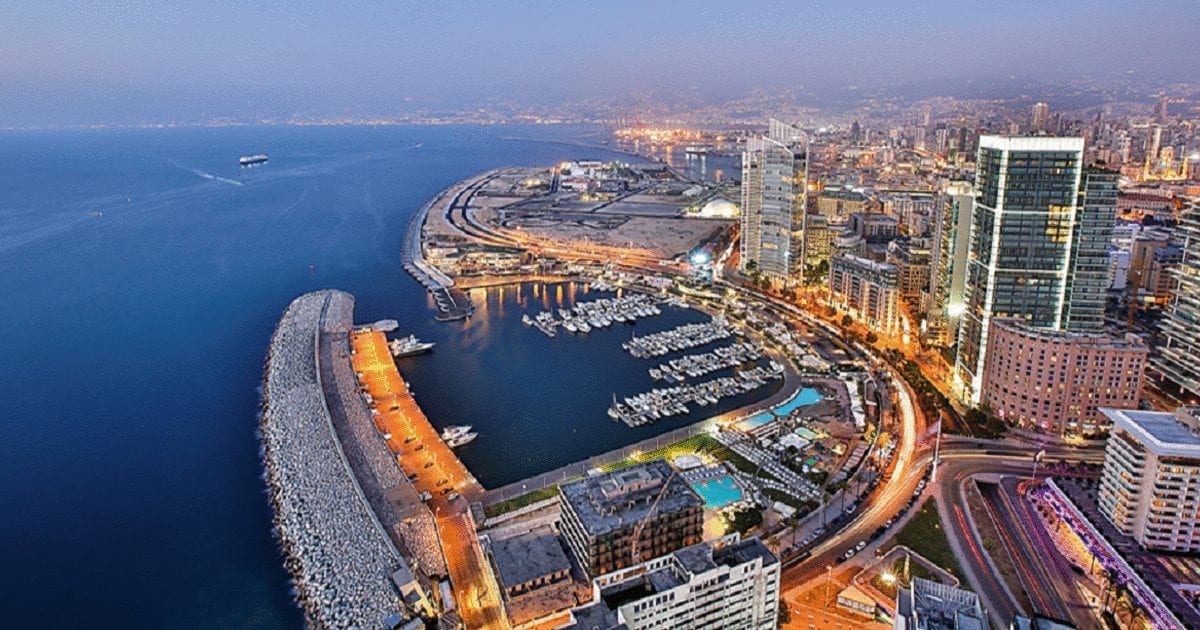 The Republic of Lebanon is an Arab country with Beirut as its capital, located on the shore
overlooking the eastern part of the Mediterranean Sea, and is one of the most densely populated countries.
It was declared a republic in 1926, and in 1946, Lebanon gained its independence after the French mandate.

Lebanon was under the jurisdiction of Syria and included: Tripoli, Beirut, Sidon, Tyre, and the surrounding coastal cities. After the First World War, the Arab countries were divided
according to the Sykes-Picot Agreement of 1916 AD into British and French areas in which
Lebanon was under the control of France,
France drew the border between Syria and Lebanon, and in 1920 the French authorities
announced the establishment of the state of Lebanon and called it Greater Lebanon. During that period, the Lebanese struggled to gain independence, and began in several stages.
The first stage of independence took place on November 26, 1941 AD, and on January 1,
1944 AD, France gave full powers to the Lebanese authority, and in 1946 AD France exited
the territory of the Lebanese state.

The system of government in Lebanon

The system of government in the Lebanese Republic is a parliamentary democracy, headed
by the President of the Republic, and his term of office lasts for 6 years. An attack on the freedom of others, and it calls for equality in rights and duties without discrimination. As for the Lebanese constitution, it is implemented according to the National Charter of 1943 AD, and at the present time the number of electoral districts has been reduced from 23 to 15 electoral districts, so that it is allowed to choose the most suitable candidate from the approved electoral list They are elected every 4 years .

The Lebanese flag has undergone several changes to its shape and colors; Because of the
multiplicity of authorities that ruled Lebanon, but the flag used at the present time is
rectangular in shape, divided into three horizontal parts colored red in the upper and lower
part, and white in the middle, and in the middle is a cedar tree with a green trunk, and the
current flag was adopted after the end of the French mandate and its acquisition Independence on December 7, 1943 AD.
There are symbolic meanings for the colors of the current Lebanese flag, which are:
The red color symbolizes the blood that was shed in defense of the homeland during the Mandate period.
The white color symbolizes snow, and symbolizes peace and purity.
The famous cedar tree that lives in the mountains of Lebanon was chosen to be a symbol of holiness and peace .

Lebanon is characterized by a Mediterranean climate, and it goes through four seasons, and
in general, the period of rainfall extends between the months of November and March,
followed by a dry period in which the percentage of precipitation decreases, and the
amount of annual precipitation varies over the cities of Lebanon.
In Mount Lebanon, the average rainfall ranges between 1000-1400 mm, in central and
northern Bekaa it ranges between 200-600 mm, and in the southern parts the amount of
rainfall is estimated between 600-1000 mm, and in coastal areas it ranges between 600-800 mm. In summer, it is affected by subtropical anticyclones between June and August .

Language and religion in Lebanon

The Arabic language is the official language in Lebanon, and in retrospect, the Phoenician
language is the oldest spoken language among the population on the Lebanese lands and is called the Canaanite language. After that, the Syriac and Aramaic languages ​​associated
with the Phoenician language spread, and the Aramaic language became the language
circulated among people until the beginning of the second century AD. After that, the Syriac
language became the dominant language until the end of the tenth century, and it
changed many letters and introduced new sounds into the language. With the Islamic conquests, the Arabic language took control of Lebanon and became the official language in it.

The Lebanese constitution provides for freedom of belief, and guarantees the freedom to
practice religious rites in a manner that does not conflict with public order. Lebanon’s statistics indicate that approximately 61.1% of the population profess the Islamic religion, and statistics indicate that there are 33.7% of the population professing Christianity. The Druze are about 5.2% of the Lebanese people, and there is a small percentage from some other sects.