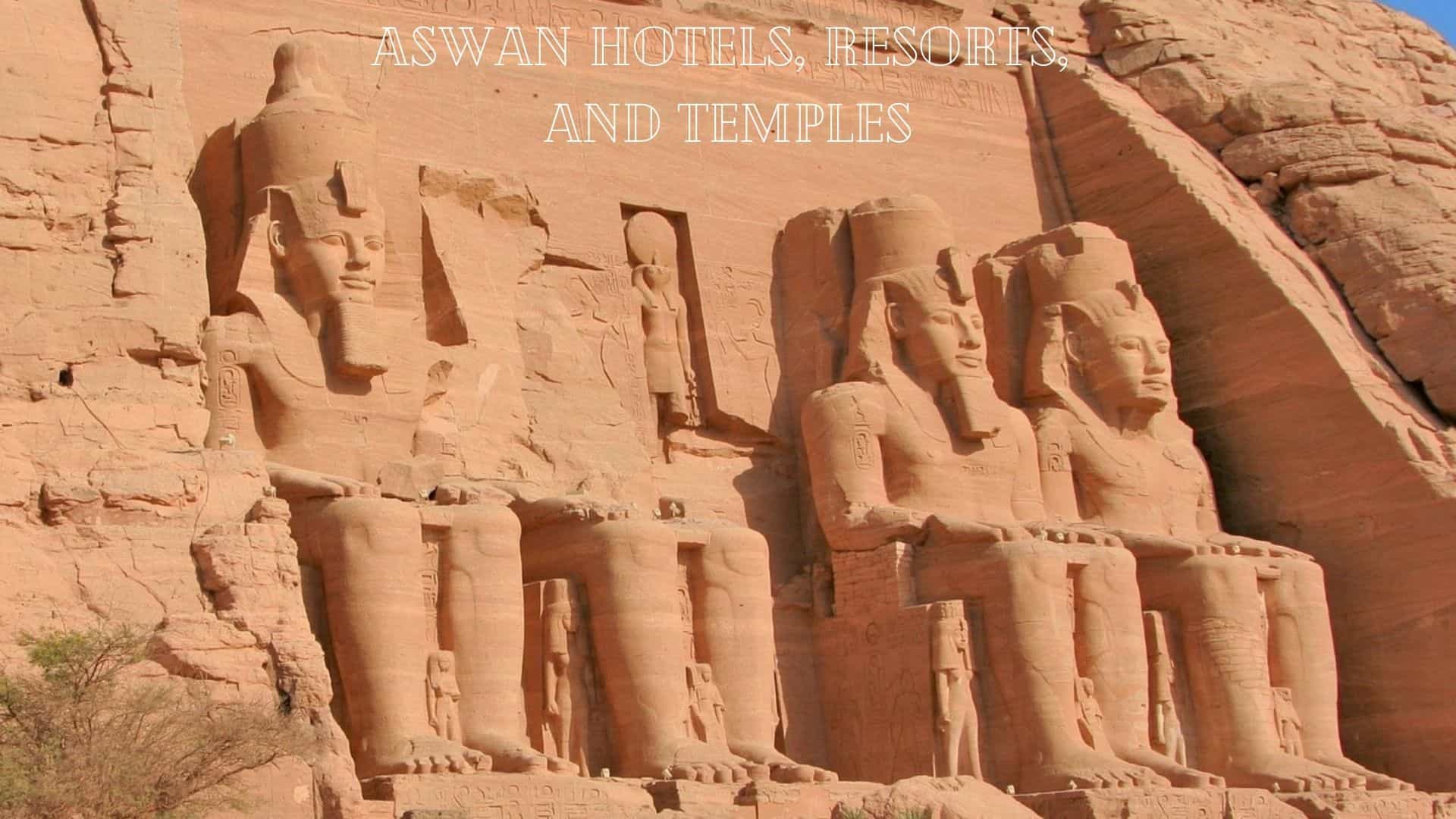 The history of Egypt goes back more than 7000 years, as it passed through many great civilizations such as the Pharaonic, Greek, Islamic, Romance, Coptic and Islamic civilizations, so it is full of monuments and treasures in its various cities that, the most important of which is Aswan, so we will tell in this article about Aswan hotels, resorts, and temples.

The Nile River paved the way for many civilizations to grow on its banks, so we find that civilizations drew their strength from the surrounding environment.

Aswan is one of the main touristic destinations as it has about 10 pharaonic temples that fascinate the world.

In this article, we will reveal Aswan’s secrets for you, as we will talk about Aswan hotels, resorts, touristic museums, and temples.

How Aswan was important?

Since the era of the Old Kingdom, Aswan was the southern gateway to Egypt and its most important border. It is the link between Egypt and Sudan, as well as the gateway to the heart of the African continent, which made it, over the ages, an important center for trade, as well as the center of the gathering of armies, as happened when fighting the Hyksos.

Why it is called “Aswan”?

Ancient Egyptians called it “Snow” and it meant the market, due to its location made it a trading center for caravans between Egypt and Sudan.
Later in the Ptolemaic period, They called it “Sin”.
Then the Nubians changed the name to “Yeba Swan”
Until I reached the name “Aswan now”

What is the geographical location of Aswan?

Aswan is located on the east banks of the Nile River and it is also the capital of the Aswan Governorate in southern Egypt.

How is the weather in Aswan?

The weather in Aswan is a very hot dry desert climate.

Summer: very hot and it reaches 46°

Winter: moderately hot, but sometimes it drops below zero on some winter nights.

Its atmosphere has a high difference between the temperatures at night during the day.

The population of Aswan is about 1.568 million people, according to statistics 2020.

What is the currency of Aswan?

What is Aswan’s main national language?

What is the main traditional food in Aswan?

What are the available transportations in Aswan?

What are the main airports of Aswan?

First, Aswan hotels, resorts such as:

Aswan’s best Floating hotels such as:

There are many floating hotels between Aswan and Aswan, but the best are:

Second, Aswan touristic museums such as:

There are many tourist attractions in Aswan, museums are one of the most important, and also Aswan hotels, resorts, touristic museums, and temples such as:

It is a museum that displays the most important Nubian antiquities over time since ancient times, and UNESCO has built it.

It was a rest stop for the English irrigation engineer in general, it was the first museum, and it contains many amazing pharaonic mummies and relics.

Temple of Hathor and Nefertari

UNESCO organization reconfigured Agilika island and transferred the various temples of Philae to it, so as to resemble the island of Philae.

In conclusion, Egypt has many great tourist attraction that enabled it to be one of the most tourist countries all over the world, Luxor and Aswan temples and museums, as well as the Giza Pyramids, has proved to the world that the ancient Egyptians played a great rule to build a great civilization.