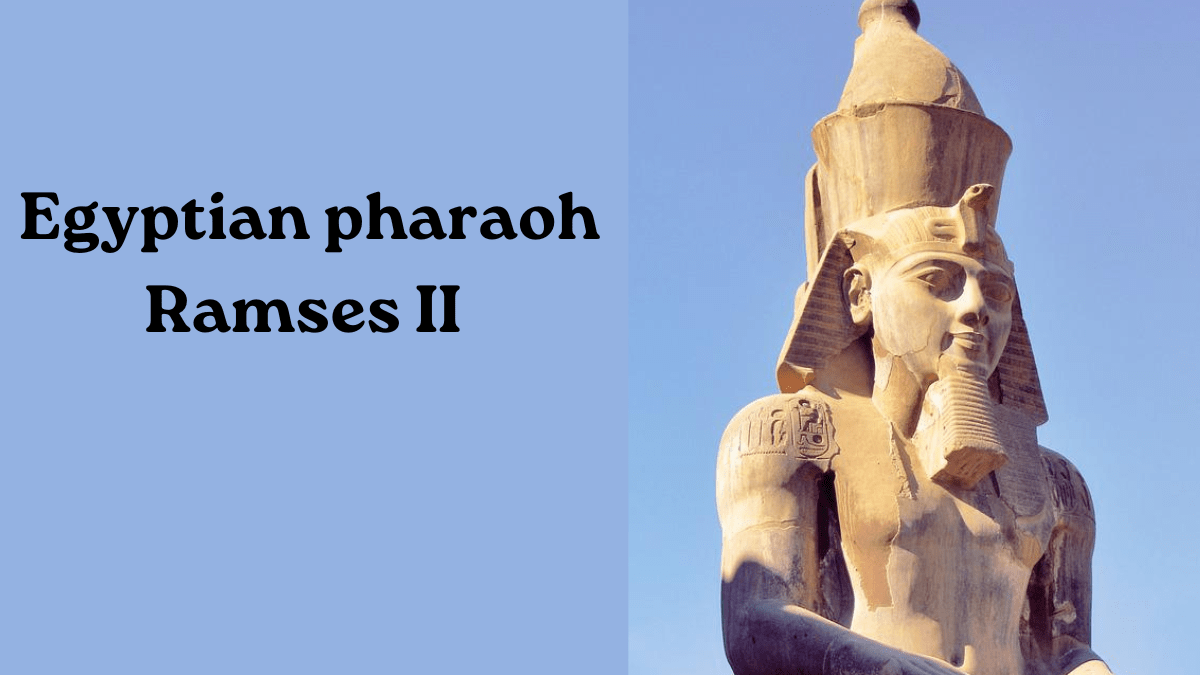 The Ancient Egyptian Pharaonic civilization is one of the main concerns of the entire world due to its greatness and achievements and monuments such as the Giza Pyramids Complex and Abu Simple temple, Ramses II is one of the most famous Pharaohs in all the pharaonic civilization. We will tell you in this article all you need to know about the great ancient Egyptian Pharaoh Ramses II and all his secrets.

When was the Egyptian pharaoh Ramses II born?

Ramses ii Egyptian pharaoh warrior and builder was born in 1303 B.C. And he was the son of king Sity I the pharaoh of Egypt.

What is the meaning of Ramses?

Ramses is a pharaonic name with hieroglyphic language which has two parts Ra-Meses. The first part is “God Raa” while the second part is “Son”. So, the full name means “Son of God Raa.

What is Egyptian pharaoh Ramses II best known for?

He was mainly known as Ramses elder, the third Pharaoh of the kings of the ninth dynasty. In addition, he is the most famous pharaoh in all the pharaonic dynasties. Moreover, they called him the great ancestor.

Ramses II ruled Egypt after his father Sity I in 1291 B.C. till his death in 1213 B.C.. He ruled since his teenage years so his reign was about 78 years. His father appointed him as a prince regent.

His tomb was in the Valley of the Kings; however, Ramses ii mummy was transferred to the royal cache. It was discovered in 1881 A.m. by Jaston Maspero.

Nowadays, Ramses ii mummy is in the National Egyptian Museum.

King Sity I was his father and he died in 1290 B.C. and Queen Tuba was his mother.

How many wives did Ramses ii have?

Egyptian pharaoh Ramses II married many wives some from the royal family like Queen Nfr-tary and Queen West-nfrt besides; he married the daughter of King Kheta who is called Ma’at-nfro-ra. After Nfrtary death, Ramses II built a temple for her which is at Abu-simple.

The most important one is Kha’muas as his father pointed him as a prince regent. However, he died earlier so after Ramses II death his other son Mernbtah from his wife Queen west-nfrt.

Who ruled Egypt after Ramses II?

King Mernbtah son of Ramses II ruled Egypt after the death of his father Ramsis II.

What did Ramses II do for Egypt?

Is Ramses II the pharaoh of Moses?

In conclusion, Egypt has great history and civilization that tourists visit from all over the world to enjoy the great ancient history of Egyptian pharaohs and also enjoy the fantastic nature as in Hurghada city and the Sinai peninsula. You will never regret visiting Egypt and enjoying construction for more than thousands of years.