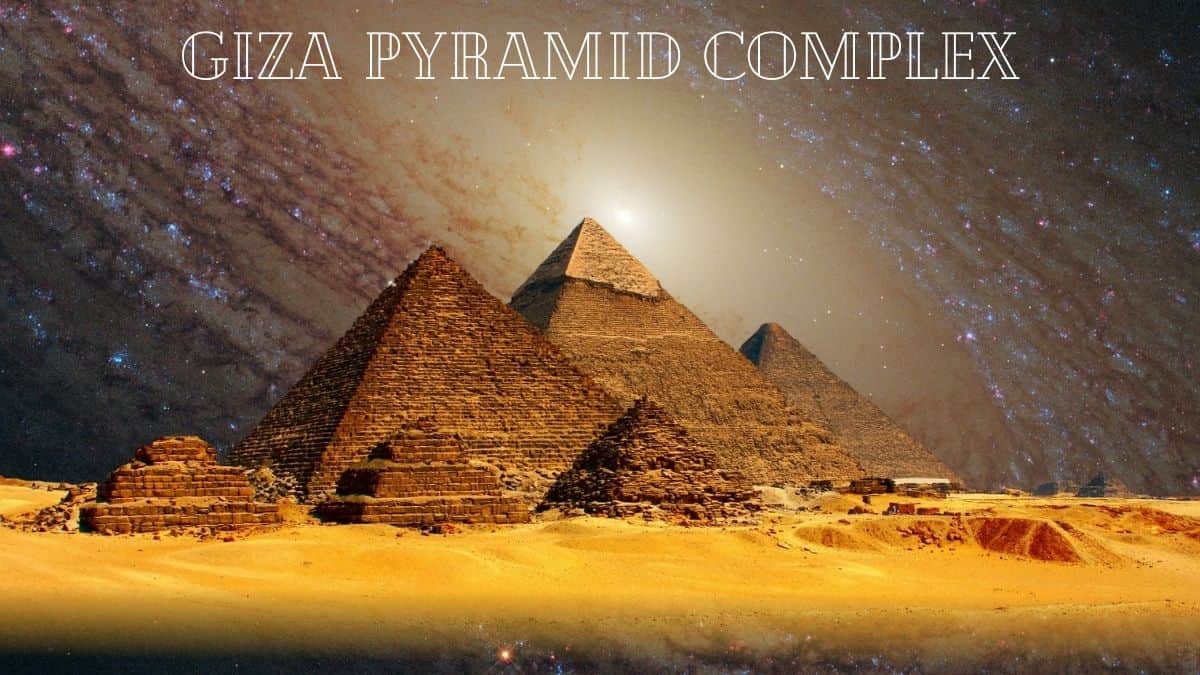 Giza Pyramid Complex is among the Seven Wonders of the Ancient World, due to its hugeness and the mystery of how it was built.

Egypt has many great and amazing monuments, but the Giza Pyramids Complex is the most famous historical archeological site.

Ancient Egyptian Pharaohs proved to the world their intelligence and creativity through their constructions and civilization.

Tourists from all over the world visit it and enjoy its view.

The ancient Egyptians built the pyramids of Giza in the Fourth Dynasty of the Old Kingdom, between 2600 and 2500 BC.

The ancient Egyptians built the three pyramids on the west bank of the Nile in the city of Giza, and southwest of Cairo, the capital of the Arab Republic of Egypt, on the outskirts of the Western Desert.

Why did Ancient Egyptians build the three pyramids of Giza?

The main reason for building the pyramids is to be a tomb for each king bearing his name, as the ancient Egyptians believed in the resurrection after death and eternal life.

First: It was a hole in the ground.

Second: The cemetery has become composed of several rooms topped by a terrace.

Third: It took the form of a stepped pyramid, like the pyramid of King Djoser in the Third Dynasty.

Fourth: I settled on the complete hierarchical form, such as the pyramid of King Sneferu, founder of the Fourth Dynasty, but they did not take a wrong shape in the end.

Fifth: The engineer Hamiono, the engineer of King Khufu, succeeded perfectly and then also built the pyramid of Khafre and Menkaure.

How did The Ancient Egyptians build the Giza pyramids built?

First: Ancient Egyptians collected the stones that they used in the construction from the area surrounding the pyramids. While they brought the granite stones from Aswan via the Nile River due to their strong quality.

Second: Ancient Egyptians cut and separate the stones by making holes at a close distance in the piece of stones, then knocking wooden pieces inside the holes and pouring water on them until the size of the wood increased until the stone separated from each other.

Third: Later they polish the stone with granite.

Ancient Egyptian laborers transport the stones on wooden skis on wheels made of palm trunks due to their heaviness. Then pull these skis by attaching them to oxen.

Fifth: Finally, they completely cover the pyramid with limestone.

What is the Giza pyramid complex include?

Giza Pyramid Complex includes many tombs, pyramids, and temples such as:

First: Giza Great Pyramid of King Khufu and its extensions:

The main entrance: is located on the north side.

It connects the third chamber and the queen’s chamber.

Valley Temple: Archeologists didn’t find it, they believed that a village was built in its place.

They are funerary ships that ancient Egyptians used to conduct funeral rites because the Egyptians believed in the resurrection after death in ancient Egypt, as they called the ships of the spirit of the gods.

About 25,000 workers built the pyramid, and housing was provided for them next to the pyramid, in addition, those food and living necessities were provided, and their families were gathered with them.

Second: Giza Pyramid of King Khafraa and its extensions:

The burial chamber of Khafraa pyramid: It is a carved chamber in the rock, in addition, that the two entrances to it reach.

The Mortuary Temple of Khafraa’s pyramid:

They built it due to sanctify the pharaoh after his death.

Valley Temple of Khafraa’s pyramid: Ancient Egyptians used to build on the shore of the Nile and were connected by a road called the “Process Road”, where rituals were performed for the pharaoh after his death, and later after his body was embalmed, he was transferred to the funerary temple to be placed inside the coffin.

Third: Giza Pyramid of King Menkawra and its extensions:

The main entrance of Menkawraa’s pyramid: It is located to the north of the pyramid.

Two inclined vaults of Menkawraa’s pyramid: one of them leads to the entrance to a room under the pyramid, and the other end with a wall.

Burial Chamber of Menkawraa’s pyramid: Found below the first chamber.

The sarcophagus was made of granite and moreover, it was decorated with inscriptions.

Fourth: Tombs of the Queens:

7- Tomb of Hemon (The architect of the Great Pyramids)

It is located west of the pyramid of King Khufu, which is a group of terraces

Who is King Khufu?

In the end, the Giza pyramid complex is considered one of the most important monuments in the whole world because of its hugeness and until now there is still a mystery about how to raise the stones to the top of the pyramid. Moreover, this indicates the genius of the ancient Egyptians and their ingenuity in engineering and architecture.