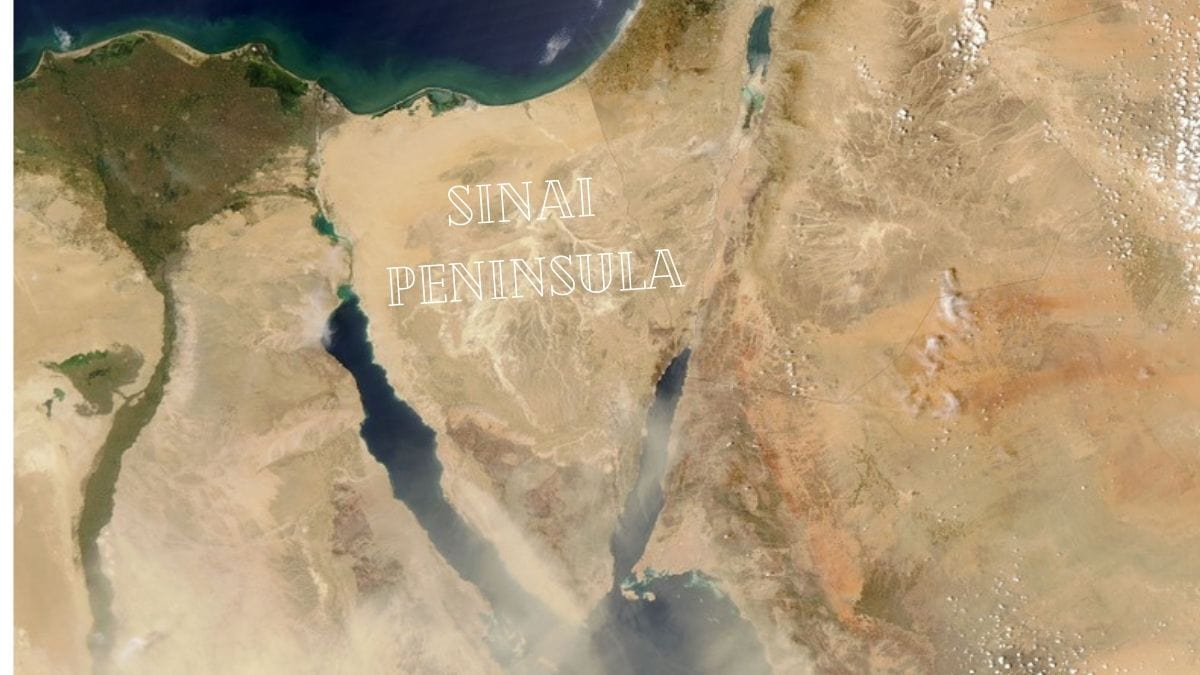 The Sinai Peninsula in Egypt

The Sinai Peninsula in Egypt has been a part of Egypt since the First Dynasty of ancient Egypt.

Sinai was the eastern gateway and one of the main borders of Egypt.

Moreover, it is one of the main touristic destinations.

In this article, we will reveal Sinai’s secrets for you, as we will talk about the Sinai’s history, resorts, tourist attractions

History of the Sinai Peninsula in Egypt?

Why it is called “The Sinai “?

It was called by this name by the Canaanites who inhabited it, a name that means the land of the moon, due to the Ancient Egyptian moon god called “Sin” was worshiped.

In addition, it was named after the land of turquoise, as a result of the turquoise mines, it contains.

What is the geographical location of the Sinai Peninsula?

It is administratively divided into:

How is the weather in the Sinai Peninsula?

The weather in Sinai is different from North Sinai to South Sinai.

It has a Mediterranean climate, which is characterized by hot and dry summers.

Summer: hot and dry with maximum degrees between 19 and 30.

Winter: rainy with humidity and the maximum degree between 8 and 20 degrees.

It has a continental desert climate, which is generally characterized by dryness and heat most of the year except for some areas

Summer: hot, dry and snowy. The maximum temperature is between 28 and 38 degrees.

Winter: mild and dry, and the maximum temperature in it ranges between 15 and 23 degrees.

What is the currency of the Sinai Peninsula?

What is the main traditional food in the Sinai Peninsula?

What are the available transportations in the Sinai Peninsula?

There are various types of transportation in Sinai, such as:

What are the main airports in the Sinai Peninsula in Egypt?

There are many airports located in Sinai which are divided into two types:

First: international airports, such as:

Second: Domestic airports, such as:

What are the main ports of the Sinai Peninsula?

The Sinai Peninsula includes many seaports, each one has its specialization such as:

First: Commercial ports, such as:

Second: Mining ports, such as:

Third: Petroleum ports, such as:

Nature reserves in the Sinai Peninsula:

Sinai is famous for the nature that enables it to have many nature reserves such as:

It is characterized by enormous green spaces, especially in the Abu Galum Reserve in Nuweiba, as well as wildlife and many rare animals.

It has an area of ​​3500 km and is located on the border between Palestine and Egypt and enjoys beaches and stunning views of the Red Sea, in addition to the presence of many endangered animals as well as rare coral reefs.

It has an area of ​​3500 km and is located on the border between Palestine and Egypt and enjoys beaches and stunning views of the Red Sea, in addition to the presence of many endangered animals as well as rare coral reefs.

Tourist Cities in the Sinai Peninsula in Egypt:

There are many tourist attractions in Sinai as well as important tourist cities such as:

It is one of the main tourist destinations in Egypt for foreign and Arab tourists as well.

It has many tourist places and beaches that many tourists from all over the world visit, local Egyptians as well.

The most important tourist places in the Sinai Peninsula in Egypt:

There are many touristic areas in Sinai where tourists from all over the world visit it such as:

It is one of the most important sites for therapeutic tourism, as it is characterized by sulfur water, and its water is poured into five eyes this water helps in healing many skin and rheumatic diseases.
Musa’s bath also contains large green spaces and useful herbs used in the treatment of many diseases such as drunkenness, and wormwood.

It is a monastery located at the mouth of a strait at the foot of Mount Sinai, below Mount Catherine.
Its name is related to the nun Catherine of Alexandria, who was from a wealthy family and converted to Christianity.

It is one of the highest mountains in the Sinai Peninsula, with a height of 2,629 m2.

Moreover, Snow falls on the mountain in winter.

In addition, it was named by this name in memory of Saint Catherine.

Tourism in the Sinai peninsula:

There are many types of tourism in Sinai such as:

The city of Sharm El-Sheikh in the Sinai is one of the most important centers for international conferences and exhibitions tourism, due to it contains hotels, roads, and airports necessary for this type of tourism.

Many tourists come to Sinai to enjoy the sulfur waters that are found in many places, such as:

The nature of the Sinai has helped the existence of safari tours through the vast deserts and valleys in the Sinai, due to the fantastic mountains which are characterized by picturesque colored rocks.

Sinai is characterized by having passed through important events in the three monotheistic religions, Judaism, Christianity, and Islam, such as:

The beaches of the Red Sea in the Sinai are characterized by fantastic nature, in addition to the soft sand, and rock-free beaches

Sinai is also famous for its archaeological tourism, where there are many forts and castles, such as:

There are monthly historical methods such as:

There are also museums in Sinai that narrate its history, such as

In the end, we cannot deny the importance of Sinai, because of its importance on the borders of Egypt and the control of trade through the Suez Canal, as well as its tourist cities and nature reserves with rare living creatures, in addition to its role in the history of Egypt and the religions as well.