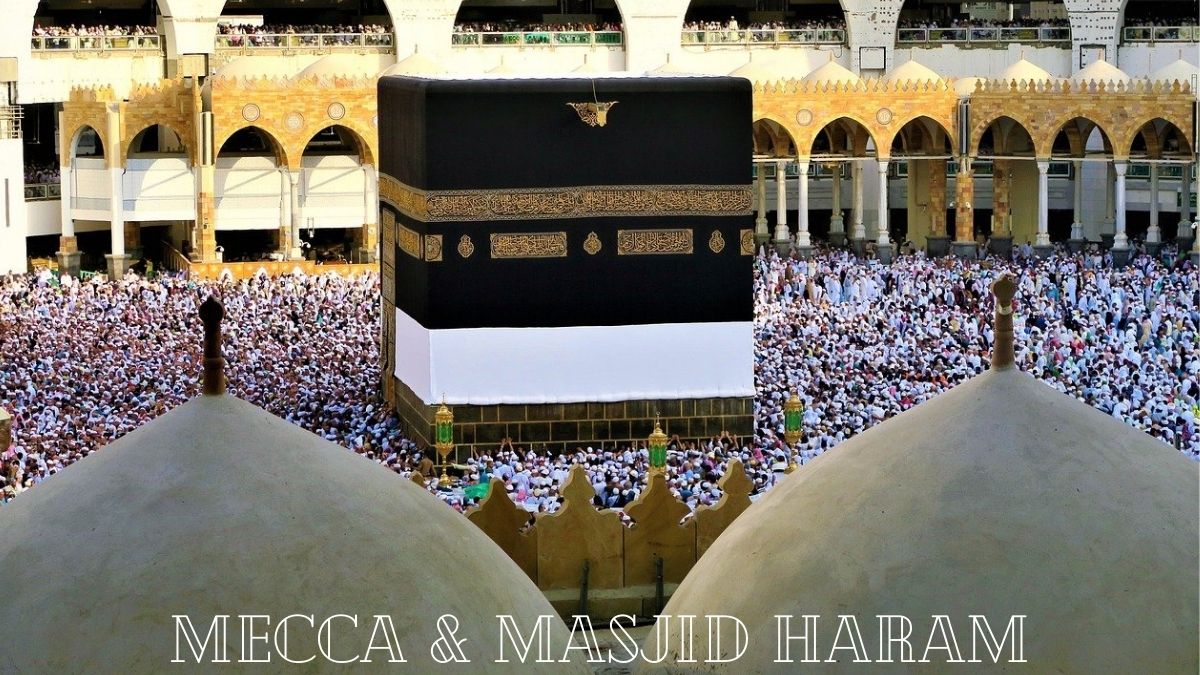 The Kingdom of Saudi Arabia is distinguished by Mecca and Masjid Haram, in addition, Al-Masjid Nabawy in Madina is the main attraction.

Mecca Al-Mokarramah is a sacred city for Muslims, due to it has Masjid Haram and the Holy Kaaba, the qiblah of Muslims in their prayers, as well as it is one of the oldest cities in Islamic history and in history.

In addition, Arab called Mecca many names about 50 names, due to its religious importance.

Do you know how Mecca and Masjid Haram were established?

Mecca Al-Mokarramah has established in 2000 years BC.

It was initially a small village located in a dry valley surrounded by mountains on all sides, but when God commanded our Prophet Ibrahim to leave his wife and his son Ismail in it and the springs of water were blown in it, people began to come to it and settle in it And also after, during that period, the foundations of the Kaaba began to be raised at the hands of the Prophet Ibrahim and his son

The ruler of Mecca:

Sharif of Mecca or Sharif of Hijaz is the title of the noble rulers of Mecca, the ruler of the two holy cities of Mecca and Medina because this term is applied to the grandsons of the grandson of the Prophet Muhammad al-Hasan ibn Ali ibn Abi Talib

What is the meaning of Mecca?

The Arabs in the pre-Islamic period used to say that their pilgrimage is not completed until they come to the Kaaba and they are formed in it.

It was called “Bakkah” because no one can violate its sanctities unless they wept on him.

Other names in the Holy Qur’an, such as:

What is the geographical location of Mecca and Masjid Haram?

How is the weather in Mecca and masjid Haram?

The weather in Mecca is a very hot climate and it has moisture winds, due to its existence in the desert.

The population of the Emirate of Mecca is about 1.579 million people according to the statistics 2015.

What is the local currency of Mecca?

What is the national language of Mecca?

What is the main traditional food in Mecca?

What are the kinds of transportation available in Mecca?

There are many kinds of transportation, such as:

What are the main airports of Mecca?

The Saudi authorities prohibit flying over Mecca, because of many reasons, such as:

First: The presence of Mecca in a mountainous area.

Planes will make huge sounds due to the mountains and as a result, it will destruct the prayers in Masjid Haram.

Second: The sacredness of the Kaaba.

Kaaba is a sacred place, so it was forbidden that anything to fly over it.

How did Masjid Haram establish?

First: Adam, peace be upon him:

He was the first to build the Kaaba Sharifa, but it was destroyed later through the ages.

Second: Ibrahim, peace be upon him:

God showed Ibrahim, peace be upon him the location of the Kaaba Sharifa, so that he rebuild it.

Third: The prophet Mohamad, may God bless him and grant him peace

After the prophet, may God bless him and grant him peace, conquered Mecca, then he removed the idols from it and used them to clothe and adorn it.

The location of Masjid Haram:

It is located in the center of Mecca Al-Mokarramah, so in the west of the Kingdom of Saudi Arabia.

What is the area of Masjid Haram?

What is the reason for the name Masjid Haram?

They called it “Masjid Haram” because fighting has been forbidden there since the prophet Mohamed, may God bless him and grant him peace, entered Mecca.

It is located in the middle of Masjid Haram due to its main structure in Masjid Hram.

It is located in the southeast corner of the Kaaba from the outside.

It was white in color, but after bad things human has made it became black.

3. Hijr Ismail, peace be upon him:

It is located in the north.

4. Maqam Ibrahim, peace be upon him:

It is located to the east, about 50 meters from the Kaaba and its gate.

It is the place of Ibrahim, peace be upon him, due to its sacredness.

It is on the east side with a ladder, so people come down to it.

6. The dish of Masjid Haram:

Where worshipers circumambulate the Kaaba.

It was widened many times through the ages, due to a large amount of Muslims wanting to do pilgrimage or Umra.

7. Covered corridors of the mosque:

It includes four layers the basement, two floors, and the roof, as it was used when Masjid Haram was crowded.

It has 13 minarets but the main pulpit is in the south and it is the place of the Imam to call for prayer.

Doors of the Grand Mosque:

There are many hotels in Mecca with different categories, such as:

There are many museums in Mecca such as:

What are the best famous malls to visit in Mecca?

There are many malls and shopping centers in Mecca, here are the top 3 malls that you must visit such as:

In addition to the Kaaba and other holy places, there are also historical sites that witnessed recent events that affected the path of the Prophet’s (PBUH) call, including:

In conclusion, the Kingdom of Saudi Arabia has many Islamic destinations, that all Muslims from all over the world visit like Mecca Almukarama and Madina Almonawara which have witnessed many events since the Islam religion appeared.