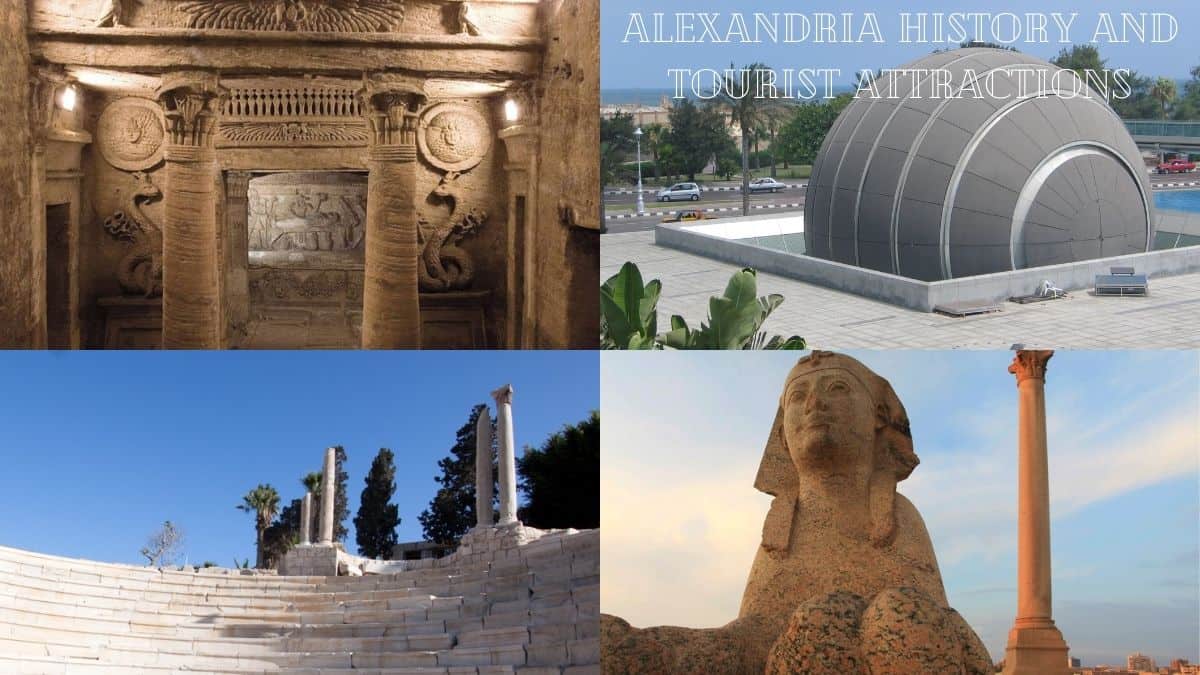 Alexandria is one the most important cities in Egypt, it has played a great role during different eras such as Ptolemy, Roman, Greek, and British, thus we will inform you more about Alexandria history and tourist attractions.

How Alexandria was established?

Alexander the Great founded the city of Alexandria in Egypt in 331 BC., so it became the largest city in the Mediterranean Sea.

The Greek engineer (Dinocrates) Bencliffe refers to Alexander and planned its establishment to be located next to an ancient fishermen’s village called “Rakota”.

What is the geographical location of Alexandria?

Alexandria is located in the northwest of Egypt, on the southern coast of the Mediterranean Sea.

Why it was named” Alexandria”?

The name Alexandria was derived from its founder Alexander the Great, due to he is the one who ordered to build it.

How is the weather in Alexandria?

The average temperature is 27 ℃ in Alexandria.

The warmest month of the year is June, with an average temperature of 32 ℃.

The average temperature is 19 ℃.

The coldest month in Alexandria is January.

The population of Alexandria is about 5.2 million people according to the statistics of Oct 2018.

What is the currency of Alexandria?

What is the national language of Alexandria?

What is the main traditional food in Alexandria?

There are many popular traditional foods in Alexandria such as liver and seafood as well.

What are the kinds of transportation available in Alexandria?

There are different kinds of transportation such as:

What are the main airports of Alexandria?

What are the best famous malls to visit in Alexandria?

Best top 7 places you must visit in Alexandria

Firstly, it became like a bench from the remains of the destroyed buildings near it.

Secondly, there is a legend that says that Alexander the Great buried the golden bench on which he was sitting.

Third: Villa of The Birds

Its building was in the first century AD in the era of Emperor Hadrian and is currently the only museum in Egypt for mosaics.

In conclusion, Egypt has always proved that it has many treasures from ancient eras. Thus tourists from all over the world visit it. However, Alexandria history and tourism attractions are one of the main purposes for the place that Egypt occupies between other tourist countries.

Source of the photos: Alexandria Portal