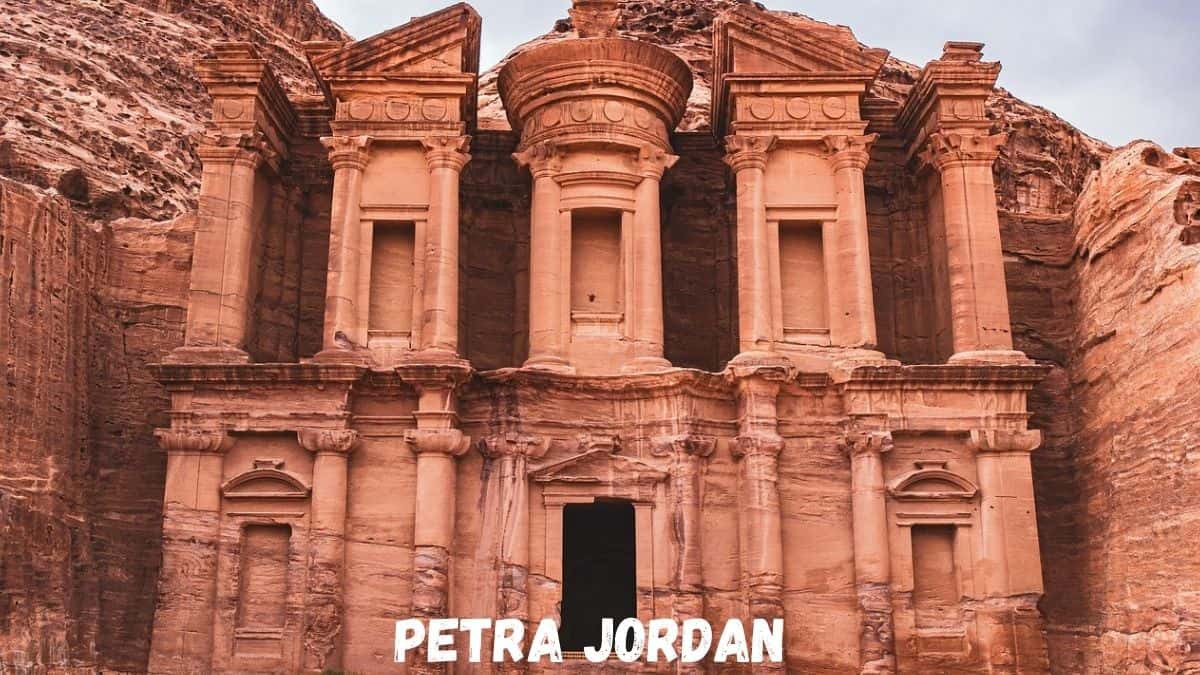 Petra Jordan tourism attraction is the most famous destination for tourists from all over the world.

It became one of the Seven New Wonders of the World when it was chosen in 2007 by a vote of 100 million people.

Jordan has many tourist attractions as it passed through many eras such as the Islamic, Ottoman, the Nabataeans, Byzantines, and Romans which have left many immortalized traces in Jordan.

Therefore, in this article, we will tell you about the most important place which is petra that you can enjoy visiting in Jordan, but before that, we have to tell you important information about Petra.

What is the location of the Petra Jordan tourism attraction?

It is located in the Ma’an Governorate 225 km south of the Hashemite Kingdom of Jordan.

What is the meaning of “Petra”?

The name Petra was derived from the Greek word “petra” which means “rock” as it was engraved inside the rocks.

Petra is one of the most important archaeological sites in Jordan and in the world because there is no parallel in the world. She recently won second place in the international competition of the new seven wonders of the world in 2007.

The ancient city of Petra competed with ten of the 21 international sites that entered the competition.

The Nabataeans carved the entire city into pink color rock, and it is more like a castle.

How was Petra discovered?

Who built Petra? When was Petra built?

the Nabateans built Petra in the year 400 BC and made it their capital.

Who are the Nabataeans?

Petra was the capital of the Nabataean state and the most important city in their kingdom.

It gains economic importance due to its location between the Arabian Peninsula, and Egypt.

At the beginning of the first century AD, the city of Petra became the center of trade again due to the constant wars between Egypt and Syria, as a result, the Nabataeans became wealthy and powerful enough to establish control over the region.

Mausoleum of the Nabataean Obelisks

In conclusion, Petra is really a great wonder of the world that you must visit and enjoy the engraved rocks with ink colors. Jordan has become one of the main tourist destinations in the world after discovering Petra.