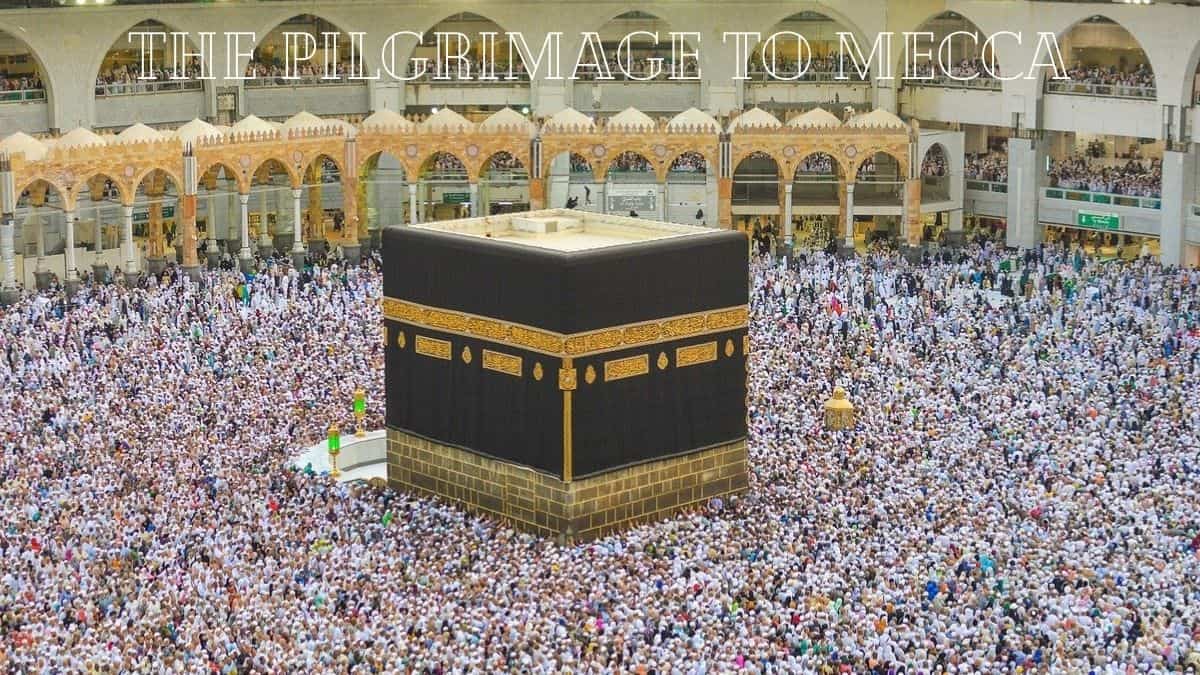 The Pilgrimage to Mecca

The pilgrimage to Mecca in the kingdom of Saudi Arabia is one of the most important religious rites for which Muslims are famous, as millions go to perform these rituals to please God as well as to achieve an important pillar of the five pillars of Islam.
Hajj has many benefits, as it shows the extent of equality between all groups of people before God. Everyone wears the same dress, repeats the same Talbiyah, and performs the same rituals, thus uniting Muslims and implementing the goals of Islamic law.

What is Hajj to Mecca in Islam?

Hajj is the pilgrimage of Muslims to Mecca and the performance of the rites of Pilgrimage during the Pilgrimage season every year.

The Pilgrimage to Mecca is obligatory for Muslims:

What is the timing of the Pilgrimage to Mecca each year?

The rites of Hajj begin every year on the eighth of Dhul-Hijjah.

What are the conditions of Hajj?

First: the pilgrimage to Mecca of “Al-Mutamattu’”:

To perform the Umrah and then the pilgrimage in one trip at the time of pilgrimage, where he does the following:

1- Where he intends to perform Umrah first in the first ten days of Dhul-Hijjah, then he says: “Labbaik Umrah.”

2- He goes to Mecca and performs the entire rites of Umrah, then breaks out of Ihram by default.

3- Later on the eighth day of Dhul-Hijjah, the entire Hajj rituals begin.

Second: Pilgrimage to Mecca of “AL-Qur’an”:

He performs the Umrah and Hajj together in the same rituals as follows:

1- He intends to perform Hajj and Umrah together when he enters Ihram and says:” Labbaik Hajj w Umrah”

2- He goes to Mecca and performs the circumambulation of arrival.

3- At the time of pilgrimage, he performs the entire pilgrimage rituals.

4- Performs all rituals once for Hajj and Umrah together.

Third: Pilgrimage to Mecca of “Al-Ifrad”:

To perform Hajj only, then leave Mecca and return again to perform Umrah as follows:

1- The intention when entering Ihram is to perform Hajj only and say “Labbaik Hajj”.

2- He goes to Mecca and remains in Ihram until the time of the Pilgrimage.

3- He performs the entire pilgrimage rituals and then dissolves from them.

5- Later, He does Ihram to Mecca again with the intention of Umrah and performing its rituals in full.

What is Meqat Al-Hajj to Mecca?

The time Miqat for Hajj: They are; Shawwal and Dhul Qi’dah and the ten days of Dhul-Hijjah.

The spatial Miqat for Ihram is as follows according to the country:

Miqat for the people of the Levant, Morocco, and Egypt: Al-Juhfa.

Miqat for the people of Yemen: Saadiya.

What are the nullifications of pilgrimage?

What are the rituals of the Pilgrimage to Mecca?

It is the Tawaf of greeting those coming from other than Makkah Al-Mukarramah, and it is the first thing that the Messenger, may God’s prayers and peace be upon him, started with.

Sa’y seven times between Safa and Marwa as Hager did.

First: Because the pilgrim drinks much water in it before Arafa day.

First: The Prophet Adam met Eve after his descent from Paradise in this place.

Second: Gabriel made a circumambulation of Prophet Abraham in this place, and he used to introduce the rituals of Hajj to him while Ibrahim, peace be upon him was saying” I know that” (Araft)

The pilgrim stays in Arafat in an area between the two mountains called Muzdalifah.

The stoning of Jamarat al-Aqaba takes place between the day of Eid al-Adha and the dawn of the next day.

After the sacrifice is slaughtered, the head is shaved or shortened, and as soon as the head is shaved, everything that was forbidden during Hajj is permissible for him except for women, and it is called the first dissolution.

After that, the pilgrim goes to Mecca and performs seven circumambulations, and with this, the second dissolution is done and everything is permitted for him, even the women.

The pilgrim throws the three small, middle, and major Jamarat, and the takbeer must be said when stoning the Jamarat.

It is a circumambulation (Tawaf) with which the pilgrim bids farewell to the Kaaba, as he circles around it seven times and prays two kneelings of prayer behind the Maqam, Ibrahim, as a conclusion of the rituals.

In conclusion, the Islamic religion is based on principles of equality and justice, so this is applied in the rituals of Hajj. There is no difference between rich or poor, white or black, Arab or non-Arab, so you will find all of them side by side performing the rituals and saying the same Talbiyah. One of the most important benefits of Hajj is the feeling of jihad for the sake of God and making God’s name honored while performing the rituals.