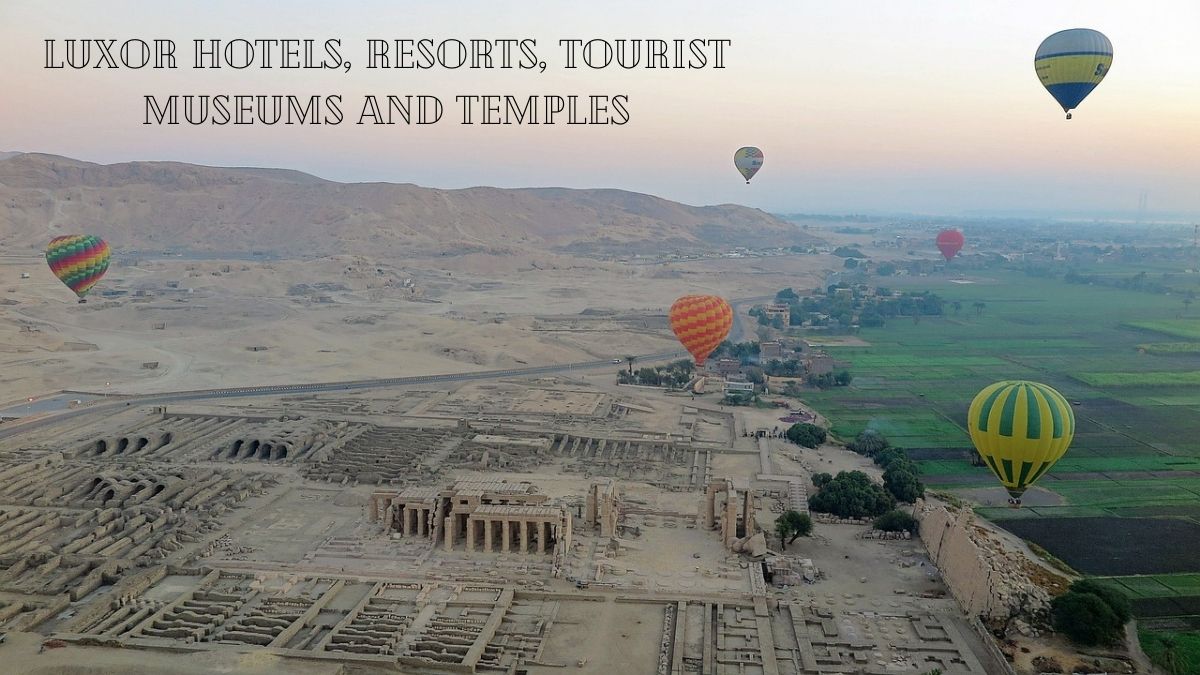 Egypt possesses most of the world’s monuments and these monuments are in many cities such as Cairo, Giza, Aswan, Fayoum, and Alexandria, and particularly in Luxor, so we will inform you more about Luxor hotels, resorts, tourist museums, and temples.

Do you know how Luxor was established?

Why it is called “Luxor”?

What is the geographical location of Luxor?

Luxor is located on the banks of the Nile River and it is also the capital of the Luxor Governorate in southern Egypt, In addition, The Nile River divides it into the eastern land and the western land.

How is the weather in Luxor?

The weather in Luxor is a very hot dry desert climate.

In summer and winter:

Stable weather conditions the annual average temperature from 45° to 105°. As a result, the weather is sunny throughout the year.

In autumn and spring:

The hills and mountains in the eastern desert: Sometimes heavy rains, causing a flood.

The population of Luxor is about 1.328 million people, according to the statistics of 2020.

What is the currency of Luxor?

What is Luxor main national language?

What is the main traditional food in Luxor?

What are the available transportations in Luxor?

What are the main airports of Luxor?

The airport of Luxor can accommodate large numbers of tourists from different countries. So do not worry as there are many hotels in Luxor that suits all kinds of tourists such as:

There are many floating hotels between Luxor and Aswan, but the best are:

There are many temples on both sides of the nile which are the main Luxor tourist attractions and one the most important in our article Luxor hotels, resorts, touristic museums, and temples.

Second: The avenue of rams (Kebash)

West Bank of the Nile:

Fourth: Valley of the Kings

Fifth: Valley of the Queens

Seventh: Temple of the Ramesseum

Tenth: The Colossi of Memnun

This colossus is all that remains of the memorial temple of Pharaoh Amenhotep III.

In the end, Luxor has many treasures some of them discover, and still, there are more undiscovered treasures that the following years will show. So we hope you enjoyed our article is about Luxor hotels, resorts, tourist museums, and temples.