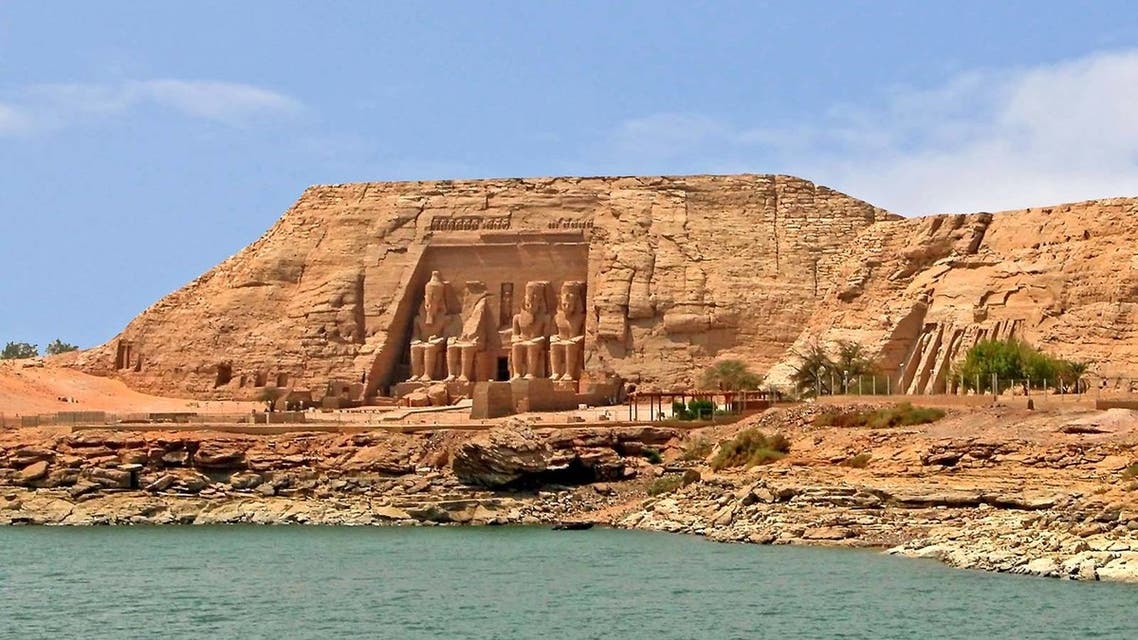 This is how the world is fascinated by a phenomenon that is repeated twice a year!

A phenomenon that has been going on for tens of centuries… the sun perpendicular to the face of the statue of Ramses II twice a year: the first on October 22 and the second on February 22.

The Abu Simbel Temple in Aswan Governorate is one of the most famous archaeological temples in Egypt. The importance of the Great Abu Simbel Temple is due to its association with the phenomenon of the sun perpendicular to the face of the statue of Pharaoh Ramses II twice a year, the first corresponding to October 22 and the second February 22 of each year.

The temple is distinguished by a unique architectural design, as its facade is carved into the rock and decorated with four huge statues of King Ramses II, each of which is about 20 meters long. , including the Battle of Kadesh, in which he defeated the Hittites, in addition to religious scenes depicting the king in his relations with ancient Egyptian deities.

Nasr Salama, an antiquities expert and former Undersecretary of the Ministry of Antiquities in Aswan, explained to Al Arabiya.net that this temple includes two of the most important rock-cut temples in the far south of Egypt, namely Abu Simbel the Great, which was dedicated to the cult of “Ra Hor Akhti” and “Amon Ra” and “Ptah” and the king himself, and stated that the entire temple was carved in the rock, and represents one of the miracles of architecture in the ancient world. The sculpting of the temple took 20 years and the axis of the temple was executed so that the sun’s rays penetrated to the Holy of Holies twice a year on October 22 and February 22.

And the small temple of Abu Simbel, which is located 100 meters from the first temple, which was dedicated to the goddess Hathor and Queen Nefertari, the main wife of the king. The queen has her husband.

The temple extends into the plateau at a depth of 24 meters, and its interior walls are adorned with a group of wonderful scenes, which depicted the queen worshiping different gods, either with the king or alone.

The architectural creativity of this temple appears with the succession of the sun’s rays perpendicular to the farthest place inside the temple, which is what we call the “Holy of Holies” where King Ramses II sits, and next to him are statues of the deities “Amon Ra”, “Ra Hor Akhti” and “Ptah” the god of the underworld. The sun shines on these statues, except for the statue of “Ptah” because he is the deity of the underworld, which must be characterized by darkness.

The name “Abu Simbel” was given to the archaeological site, the Swiss traveler Johann Ludwig Burckhardt, known as Abraham Burckhardt, who discovered the site in 1813, when he was taken to this area by a child called “Abu Simbel”.

Salama added that the cost of the project to save the temple was about 40 million dollars, or 14 million Egyptian pounds at the time, which were collected to save the temple, and the labor force was entirely of Egyptian workers, and the agreement was that the thickness of the pieces should not exceed 6 mm, and the Egyptian workers succeeded in Achieving less than this, as the thickness of the pieces was only 4 mm, and the total number of pieces reached about 1142 pieces, equivalent to 250 thousand tons, and the temple was moved 210 meters west of its original place and about 65 meters above the ground, and about 2,000 Egyptian workers participated in the implementation this project.