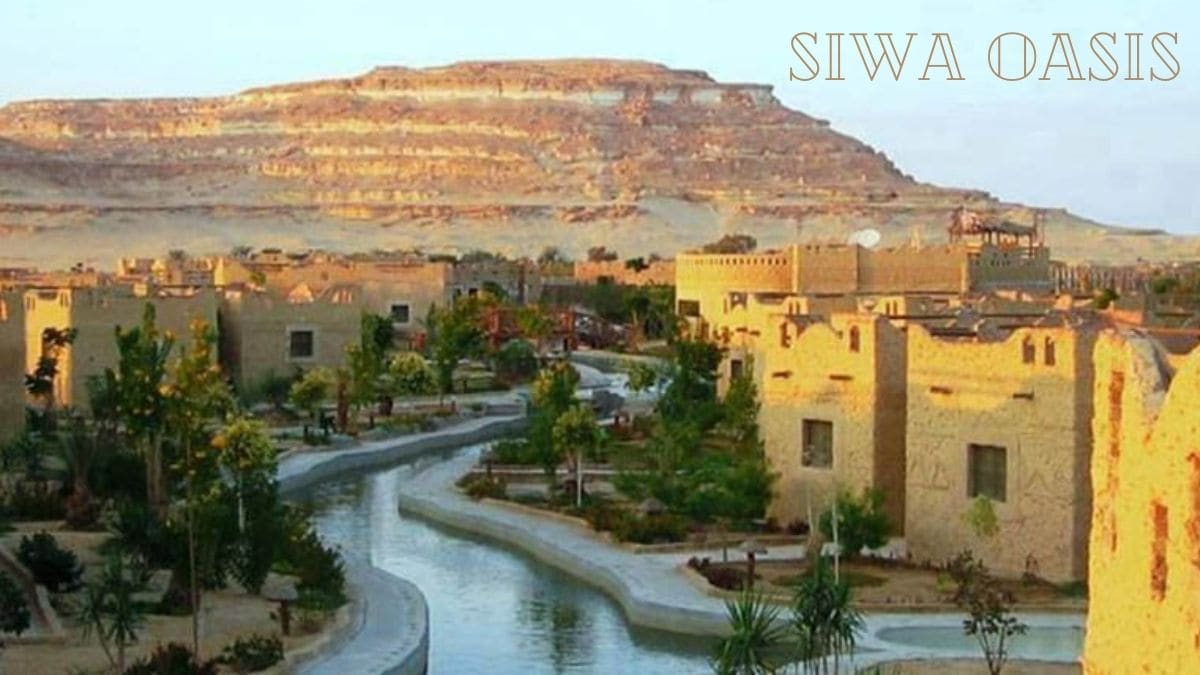 Siwa Oasis in Egypt is one of the most wonderful and famous oases in the world with its beautiful nature and pure atmosphere, and the nature of its residents who have preserved their traditions and heritage, historical monuments, unique architectural character, and mild weather.
This oasis is in Marsa Matrouh Governorate.

There are several areas and oases that belong to this oasis administratively, such as the Qara Oasis, and Siwa Oasis is known in addition to this name as Siwa Al-Balad.

What is the geographical location of Siwa Oasis?

Siwa Oasis is located in the Arab Republic of Egypt. It is in the middle between the Egyptian Sand Sea in the Western Desert, and the Qattara Depression.

North: Siwa and the Mediterranean sea.

East: The western desert is about 560 km2 from Cairo, the capital of Egypt.

What is the origin of the name “Siwa”?

Siwa got many names through the ages such as:

The population of Jordan is about 35,000 people, according to the statistics.

There are four main lakes in Siwa which attract many tourists from all over the world.

It is famous for its healing abilities such as:

1-The Olive Lake, east of Siwa
2- Aghurmi Lake, northeast of the oasis
3-Siwa Lake, west of the city of Shali:

Its area of 3,600 acres, is the biggest lake and the most attractive one.
4-Lake Al-Maraki, west of the oasis, in the Bahai El-Din area
The oasis includes several other lakes, including Lake Taghaghin, Lake Al Awsat, and Lake Shayata.

4-Temple of the oracle of Amon

We find in Siwa Oasis a lot of small-sized lakes, as well as springs, especially freshwater, and among these springs is Ain Kefara. The Oasis area is famous due to its olive products; Where it is manufactured for producing a lot of olive oil, it is also famous for its manufacture of textiles and clothing, as well as the manufacture of carpets.