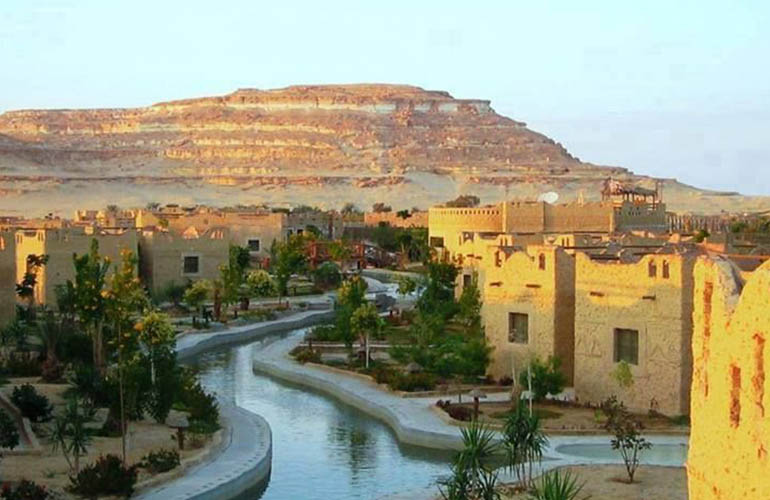 Siwa Oasis in the Egyptian Matrouh Governorate is considered one of the most wonderful and famous oases in the world with its beautiful nature and pure atmosphere, and the nature of its residents who have preserved their traditions and heritage, historical monuments, unique architectural character and mild weather.

Siwa Oasis is located in the Arab Republic of Egypt, specifically in the middle between the Egyptian Sand Sea in the Western Desert, and the Qattara Depression. Siwa Oasis is about 560 km2 from Cairo, the capital of Egypt, and from the Libyan Jamahiriya, about 50 square kilometers from its borders, and about 300 km2 from the coast of the Mediterranean, towards Marsa Matruh from the southwest side.
This oasis is administratively affiliated to Marsa Matrouh Governorate, and we find that there are several separate areas and oases that belong to this oasis administratively, such as the Qara Oasis, and Siwa Oasis is known in addition to this name as Siwa Al-Balad.

The original inhabitants of the oasis belong to the African Amazigh tribes, which inhabit North Africa, their number is estimated at about 35,000 people, making up 11 tribes, each tribe has a sheikh, families and individuals,
These tribes adhere to their customs and traditions inherited through time, even in politics, they had their own Senussi policy until Muhammad Ali came in the modern era, and sent a military campaign to impose Egyptian influence and subject it to him.