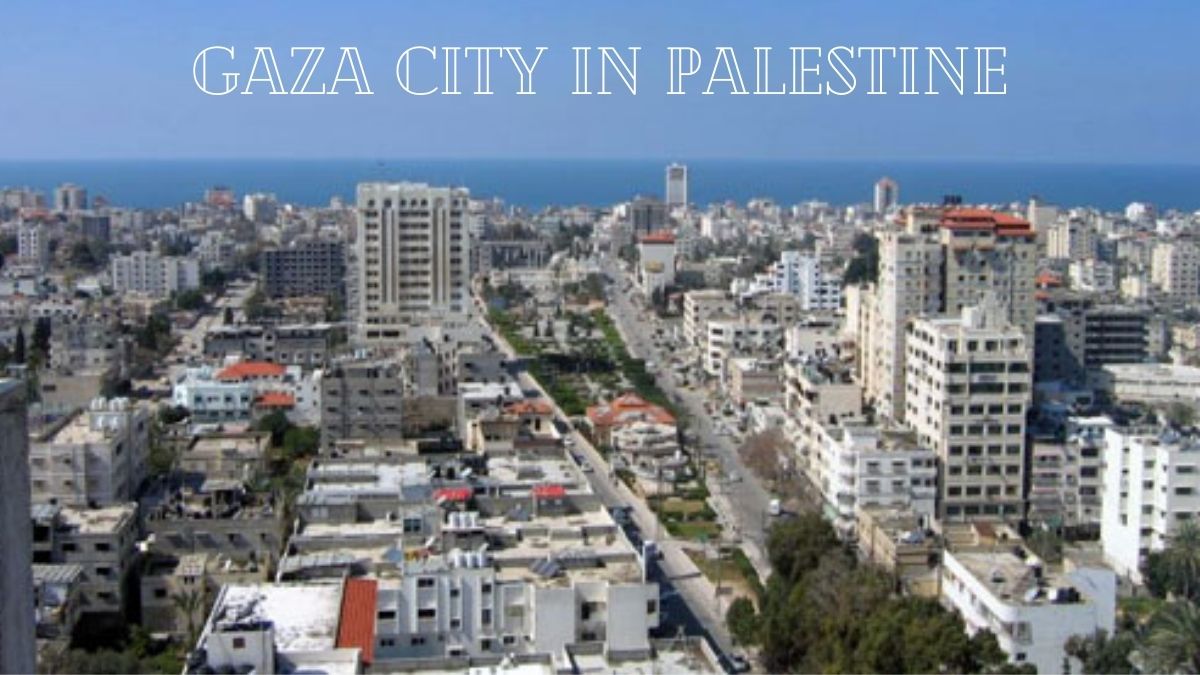 Gaza City in Palestine is one of the most important cities, as it is one the oldest cities in history.

Moreover, It is a coastal city and the largest city in the Gaza Strip.

It was occupied by many invaders such as the Pharaohs, Greeks, Romans, Byzantines, Ottomans, English, and others that formed its ancient history and rich culture.

Do you know how Gaza City was established?

The Canaanites founded the city in the fifteenth century B.C.

What does “Gaza” mean?

First: The Canaanites called it “Hazati”

Second: The pharaohs called it “Ghazato”

Third: The Assyrians and Greeks called it (Azzati) and (Vaza).

Fourth: The Hebrews called it (Uzzah).

Fifthly: The Crusaders called her (Gadders).

Sixth: The Turks did not change its Arabic name (Gaza).

Seventh: The British did not change its name, but they changed it in their Gaza dialect.

What is the geographical location of Gaza?

Gaza is located in the northern Gaza Strip, at the southern end of the eastern coast of the Mediterranean Sea.

North and East: The Israeli Occupation.

How is the weather in Gaza?

The weather is it is intense heat, accompanied by strong sunlight, while winter is moderately hot

What is the currency of Gaza?

What is the national language of Gaza?

What is the main traditional food in Gaza?

What are the kinds of transportation available in Gaza?

There are many types of transportation such as:

However, after the occupation, Palestinian use it for hunting only.

Gaza City is one of the oldest cities in the world.

Importance of the location of Gaza City in Palestine:

It gained great importance due to its sensitive geographical location at the meeting point of the continents of Asia and Africa, which gave it many advantages such as:

The economy in Gaza City:

The economy of Gaza City depends on:

1. Trading of Gaza City in Palestine

Gaza played a prominent role as a seaport and traffic trading base.

After the Israeli occupation

Exports and Imports in Gaza City in Palestine

Farming of Gaza City in Palestine

Irrigation in Gaza city in Palestine

Industry of Gaza City in Palestine

The Path of Sultan Abdul Hamid

It is Tal al-Sakan, located five kilometers south of Gaza City in Palestine; In the Zahraa area.

It is one of the most important archaeological sites in the Gaza governorates.

A joint Palestinian-French scientific excavation was carried out on this site in 1998.

You can also read Cities of Palestine whose people have been displaced.

In conclusion, Ghaza city in Palestine is one of the main important cities which live a struggle with invaders due to its geographical location. This location affected its economy and culture as well.