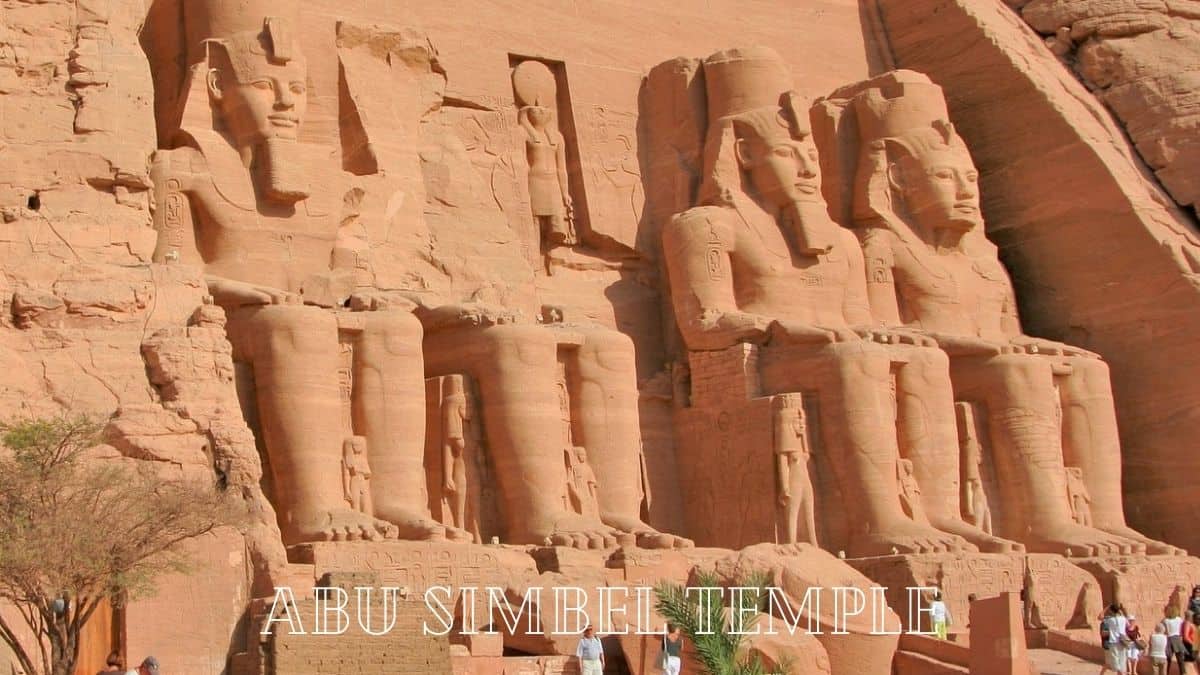 Abu Simbel temple is one the most amazing monuments in the world, as it fascinates the world with its great architecture.

In addition to the phenomenon, The sun is perpendicular to the face of the statue of Pharaoh Ramses II.

Moreover, it is one of the most famous archaeological temples in Egypt.

In this article, we will tell you more about the history and the architecture of Abu Simbel Temple.

What is the location of Abu Simbel Temple?

Abu Simbel Temple is in Aswan Governorate on the western bank of Lake Nasser.

Why it was named “Abu Simbel”?

The name “Abu Simbel” was given to this archaeological site by the Swiss traveler Johann Ludwig Burckhardt, due to when he discovered the site in 1813, he was taken to this area by a child called “Abu Simbel”.

The sun is perpendicular to the face of the statue of Pharaoh Ramses II:

The description of Abu Simbel Temple:

The temple has a unique architectural design, as its facade is carved into the rock.

First: The Facade of the temple:

It is about 100 meters from the first temple.

It was as well dedicated to the goddess Hathor and Queen Nefertari, the main wife of the king.

The temple extends into the plateau at a depth of 24 meters.

Its interior walls have a group of wonderful scenes, which depicted the queen worshiping different gods, either with the king or alone.

In conclusion, Abu Simbel Temple is one of the main iconic images of Ancient Egyptian civilization. Due to what it shows and proves of greatness and precision.