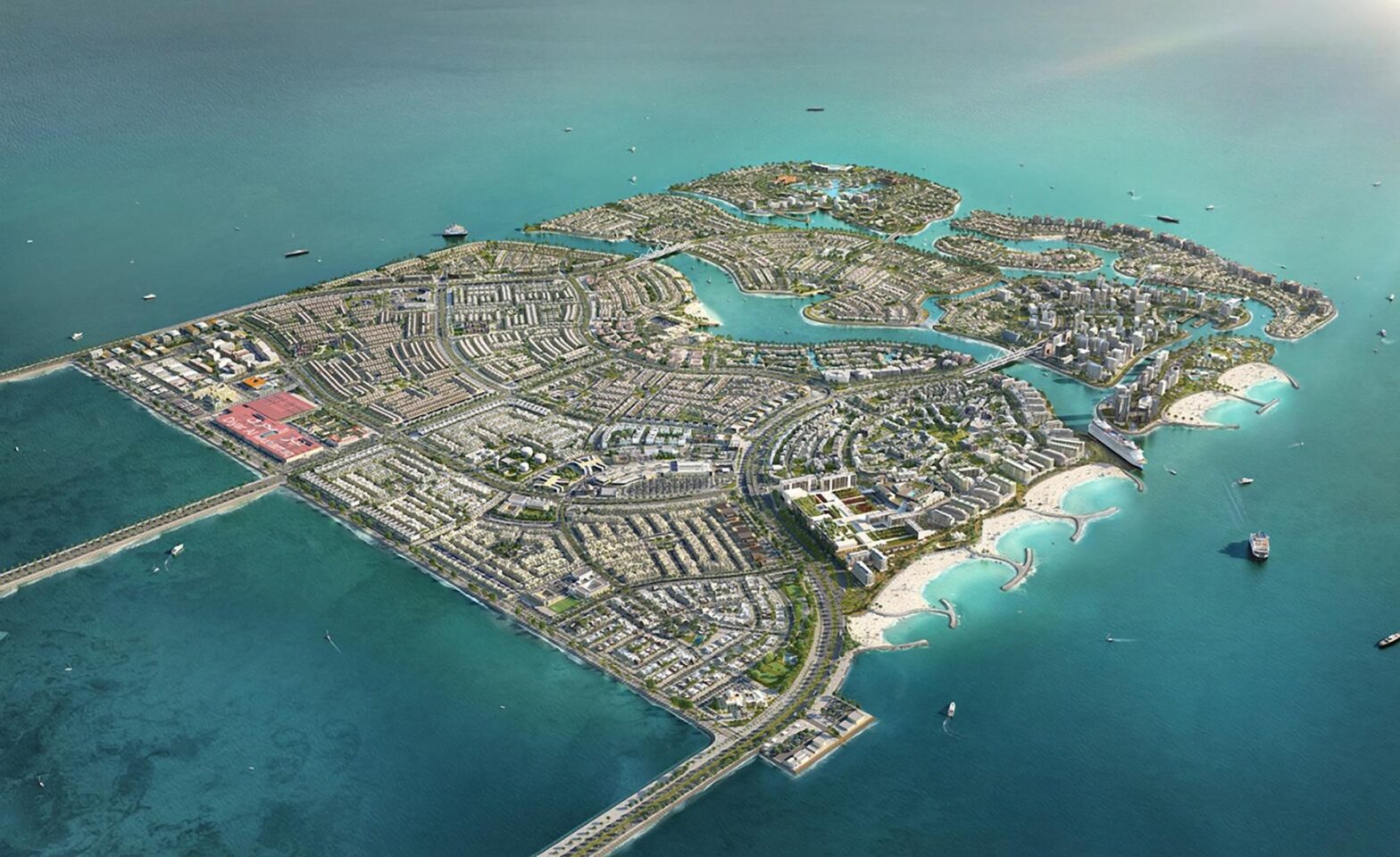 Al Dar Island is an 8-minute boat ride from Sitra Island, it is a destination for anyone who
wants to enjoy their vacation in a quiet atmosphere, as the island includes many recreational
services, as in the north of the island there are basketball and volleyball courts, and in the
south there is a fenced area for children with a large shaded paddling pool, in addition to
the presence of swings, and places For climbing, a hut can be rented on the beach to lie in
a shady place on the sand, and the visitor can go out in the boat for a few hours to see
dolphins in their natural habitat.

Hawar Islands consists of 16 islands, about 20 km from the south of Bahrain, and it takes 45-60 minutes to reach it by boat from the Durrat Marina Club,
The island is visited by lovers of excursions, as the Hawar Islands are home to an amazing
group of animals, such as: the endangered green turtle,
Dugongs, and a lot of seabirds. There is also one hotel on the islands that offers many
services, such as: meals, rental of bicycles and kayaks, and access cards to swimming pools.

Jaradah Island is characterized by a unique natural phenomenon, where the majority of the
island’s lands are submerged and disappear in the event of the tide, and the island becomes
a clear and pure water swamp, and the island does not contain any kind of landmarks or
places to stay, and is accessed through organized boat trips that take into account the tide
times on the island to enjoy a calm atmosphere Far from the hustle and bustle of the city.

The artificial tourist islands are considered as integrated tourist, residential, commercial,
entertainment and service cities, the most prominent of which are the following:

Durrat Al Bahrain is located on the southern coast of the State of Bahrain, and it consists of 15 islands, and was built on an area of ​​21 km2, and Durrat Al Bahrain is a project consisting of 1,000 villas, apartments and luxury offices, in addition to all the facilities, services and luxuries that residents may need to meet their daily needs. One of the project’s goals after
the completion of its development is to make Durrat Al Bahrain the most prominent coastal
city in the region, with the capacity to accommodate about 60,000 citizens in addition to 45,000 visitors daily.

Amwaj Islands are located 10 minutes from Bahrain Airport, and about 15 minutes from the capital, Manama, and consist of 6 islands: Tala Island, Najma Island, Asdaf Island, Marjan Island, Joud Island, and Lulu Island, where each island offers a distinct experience and lifestyle. Easy and comfortable for its residents .

Reef Island belongs to the city of Manama, where it is located on the northern coast of the
State of Bahrain. The area of ​​the island is about 579,000 m2, and it is one of the most important and fastest growing financial centers in the world, as it provides its residents with all amenities, as it is designed to provide a unique experience of luxury and quiet living for its residents. The island consists of 39 residential buildings with a total of 1217 apartments,
and 65 individual luxury villas overlooking private lagoons.

The Bahrain Bay project was launched in 2005. The project extends over an area of ​​more than 1,450,000 m2, including 450,000 m2 of land. It is a huge project consisting mainly of 3 islands, namely; The North Island, the South Island, and the Central Four Seasons Island. The
project aims to combine being an investment destination for companies and a destination for luxury housing units and modern designs. Several projects developed in the Gulf, such as
towers and a wooded corridor, are allowed in Bahrain Bay for non-Bahraini expatriates and
investors to own real estate. of their own, as it is one of the freehold areas, which makes it
an attractive place for both foreign investors and Bahraini nationals.