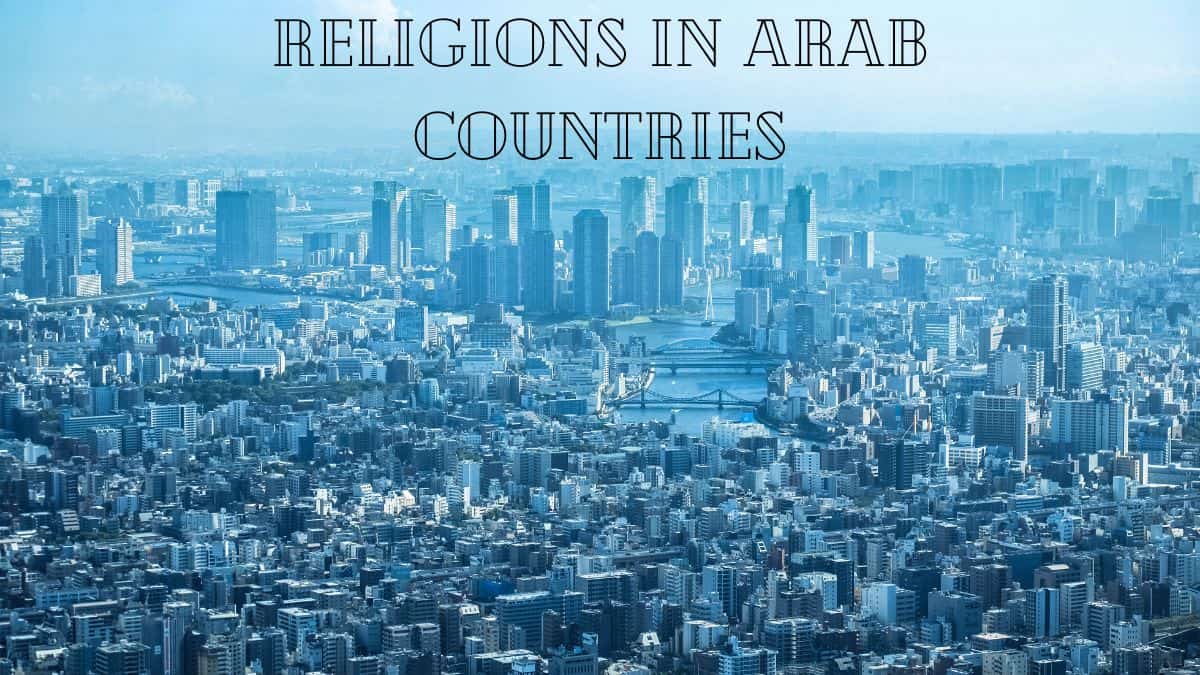 Judaism, Christianity, and Islam are the Abrahamic religions with the largest number in the Arab world.

We will tell you about the main religions spread in all Arab countries.

The Arab countries, like the rest of the world, went through many religions. They influenced Arabs, their customs and traditions, and it was a center for the propagation of religions.

The Jewish religion was the first and many believed in it, then Christianity. Finally, Islam is the largest religion that spread in the Arab countries. Due to its mercy rules which matched many Arab traditions.

What is the main Arab religion?

Old Arabs tried to search for a God who created this universe and created all living creatures. Besides preparing the earth for humans to live on. Thus, various worships began before Islam. The most famous of which was in the Arabian Peninsula, such as the worship of idols. There are and their names were many, for example, Allat.

The Arabian Peninsula was not only a source of religious thinking but also in Egypt since the era of the pharaohs. There were many gods the gods of fire, the gods of light, the gods of good, and the gods of evil. Thus, myths spread to support and consolidate these myths.

in addition, monotheism appeared to worship one God. The heavenly messages, prophets, and the most important heavenly messages began. There are still many Arab countries that believe in it.

Judaism preceded the Christianity and Islamic religions and spread in the Arab world. However, beginning in 1948 the displacement of Jews and their migration to Palestine. It began in large numbers and then increased gradually year after year. They are called Sephardic Jews and Mizrahi Jews from the Arab world.

They settled in a part of Palestine. Later Jews from all over the world came to it, and they called it Israel.

Thus, the Jewish religion became the third religion spread in the Arab countries after Islam and Christianity.

It is the second most widespread religion after Islam in Arab countries.

In the Arab world, the majority of Christians are from the Orthodox sect, then the Catholics, then the Protestants.

After the heavenly message to the Prophet Muhammad, may God bless him and grant him peace. Then Islam began in the Arabian Peninsula. Then, the Islamic conquests began in all parts of the world and of course the Arab countries first.

Islam and the Arabic language in Arab countries

In conclusion, Islam is the main religion of Arab countries. It unites all the countries from the east of Asia to the west of Africa.Besides other heaven religions like Christianity and Judaism.