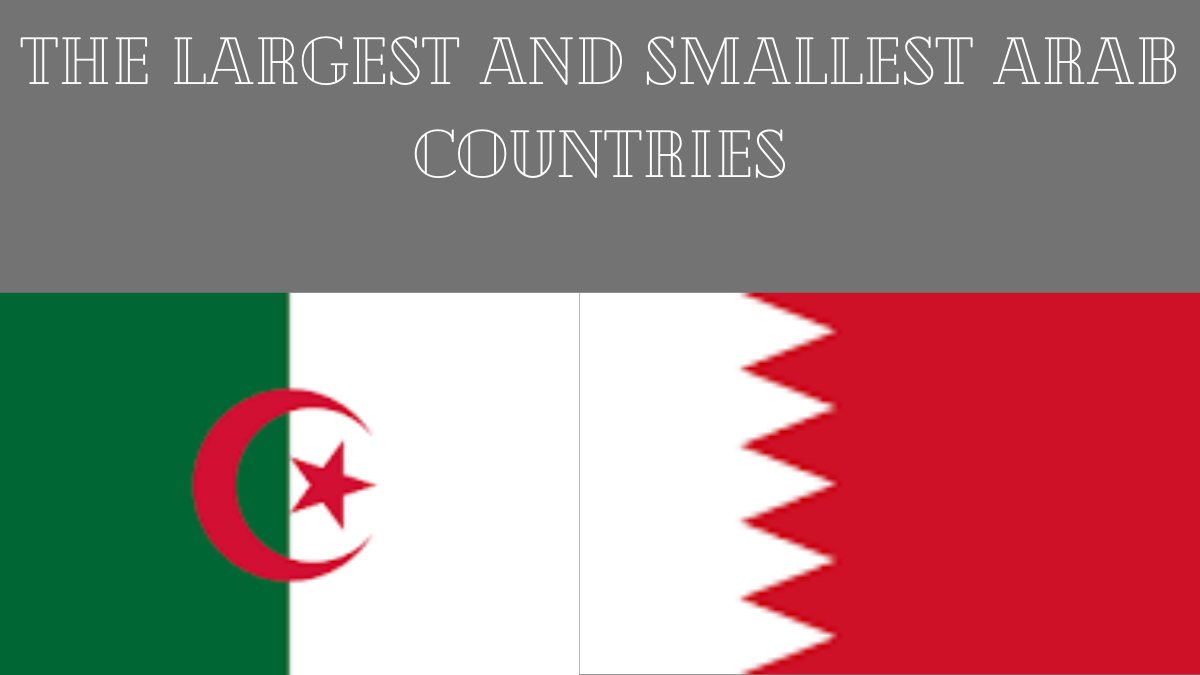 The largest and smallest Arab Countries

The state of Algerie is the largest Arab country due to its area, with an area of about 2,381,741 square kilometers.

Besides its being a Muslim country.

Thus, its capital, Algerie is one of the 10 largest countries in the world.

In addition, Major cities in Algeria: are Batna, Annaba, Constantine, and Oran.

What is the location of the largest Arab country?

The state of Algeria is located in North Africa.

It has borders with more than 7 countries such as:

What is the capital of Algerie?

Algerie city is the capital. In addition, it is one of the 10 largest cities in the world.

What is the currency of Algerie?

The official one is the Algerian dinar.

Bahrain is the smallest country in terms of area.

What is the area of Bahrain the smallest Arab country?

What is the location of Bahrain?

It is located on the southwestern coast of the Arabian Gulf.

The population of Bahrain the smallest Arab country:

In addition, it is a group of islands, but Bahrain Island is the largest with an area around which there are 30 small islands.

What is the currency of Bahrain?

The official one of Bahrain is the Bahraini dinar. besides, its official language is the Arabic language.

Bahrain is an oil producer country, it has a strong economy based on oil.