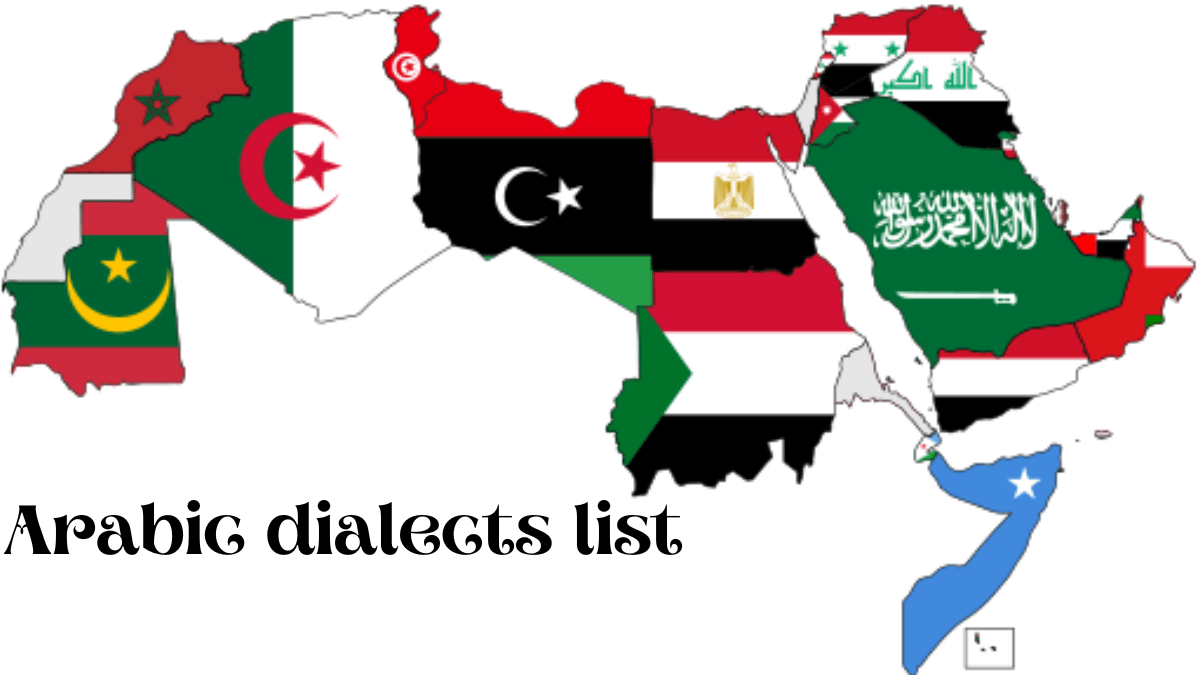 The difference between a language and a dialect

The language is considered broader and more comprehensive, and also it is an official language of a country.

While the dialects are smaller and often belong to a region or region smaller than the language, which is more flexible and easy. It may also be specific to a social group or people living in a particular country.

First: The Arabic language is an official language for it without the participation of any other language, and they are such as:

Second: The countries that consider Arabic an official language have a partnership with other languages are such as:

How the Arab dialects began and developed?

As we have mentioned that many thing affected the language that create a new dialects and also that’s what happens with the Arabic language in the Arab countries. So, this is different Arabic dialects such as

Factors that led to the multiplicity of Arabic dialects

Political factors include the independence or also occupation of countries, which affects the language acquired from the occupied country. An effect also occurs as a result of the weakness of the authorities and the large number of areas affiliated to them as a result of the expansion of the state. So, Arabic language dialects appeared as the Arab world has 22 countries, most of them was under occupation.

The location greatly affects the development of dialects, as the differences in nature and environment affect the weather and thus affect the pronunciation of some letters, which affects the dialect. Thus, there are Different Arabic dialects as a result of different locations such as Saudi Arabia in the Arabian Peninsula and Morocco in the west of Africa.

Some countries return the origins of their people to other regions with different languages as a result of the fusion of peoples from the exchange of cultures, marriage and lineages. As a result, new generations are produced affected by their origin as well as their local dialect, which results in a development in the dialect.

The composition of the organs of speech lags behind from one person to another, so what about other countries and countries? Of course, this varies greatly, which leads to different sounds of letters and a change in the dialect.

The Egyptian language is the most widespread dialect in the Arab world as a result of several factors such as:

It is the most common Arabic dialect since it’s easy to learn or speak due to many factors that we have mentioned before.

Gulf countries have been affected by common factors of the desert environment. Besides, they got the same cultures and traditions as well. So there have almost same dialect with little differences in some pronunciation. In addition, it includes Saudi Arabia, Qatar, Kuwait, Bahrain, Oman, United Arab of Emirates, and Iraq.

It is commonly used by countries of the Levantine and also it’s the easiest dialect after the Egyptian dialect. These countries that use it have little differences in there pronunciation such as, Lebanon, Syria, Jordan, and Palestine.

It is common in the Arab countries in the west of Africa such as Morocco, Algeria and Tunis; however there are little differences as well in some words and pronunciation. in addition, it is called sometimes “al darja”

In conclusion, Arab countries may have many dialects but still the Arabic language is the main official language for them. Besides, theses different Arabic dialects list proves the efficiency of the Arabic.

What is the original Arabic dialect?

Why there are many dialects?

As a result of the vast area of the Arab countries and their location, which extends from the Atlantic Ocean in the west to the Arabian Sea and the Persian Gulf in the east, the Arab countries in West Asia, North Africa and East.

What is the hardest Arabic dialect?

What is Iraqi Arabic called?

It is called the Mesopotamian Arabic dialects.