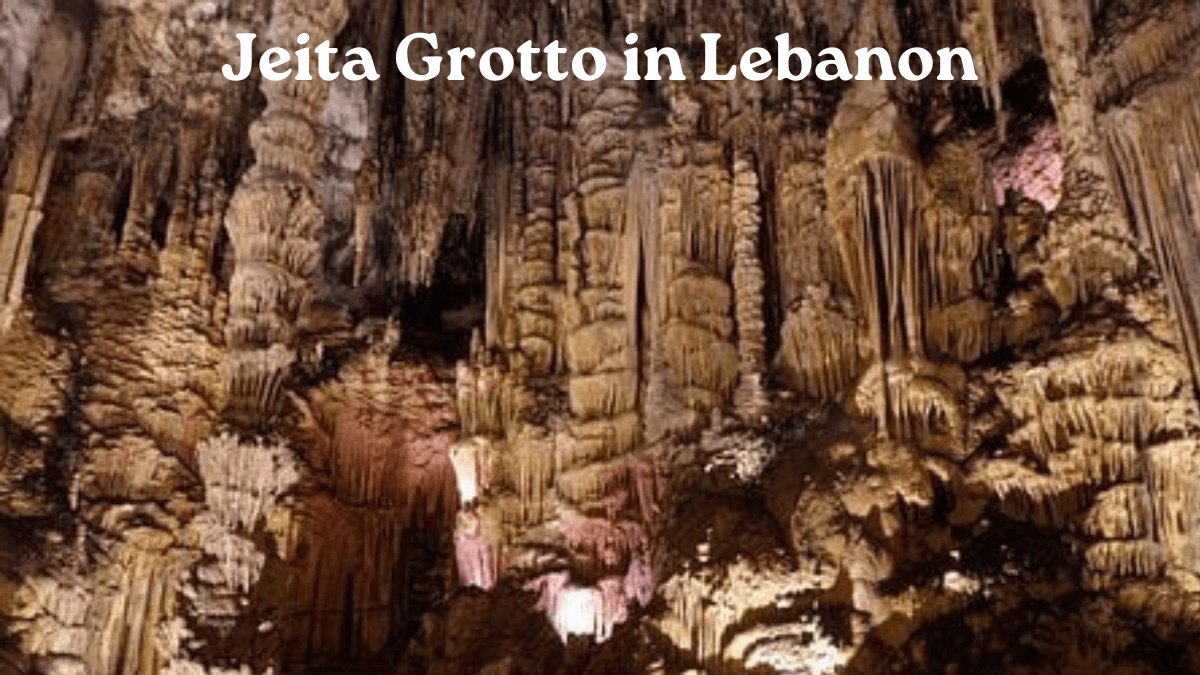 It is one of the most important tourist destinations that attract many tourists from all over the world. Man did not interfere in these picturesque landscapes, but nature sculpted them and various environmental factors affected them. Lebanese people call it “The jewel of Lebanese tourism”. Therefore, in this article, we will tell you everything you need to know about the Jeita Grotto in Lebanon.

The history of the Jeita Grotto dates back to the Greek and Roman times, so you were sanctified, and Wadi El Kalb, the sacred valley in this era. But nature obliterated a large part of it over the ages, and nature played its role in carving rocks and rock formations in an indescribable way.

The American traveler William Thomson discovered it in 1836 AD. He fired from a hunting rifle and then he heard the echo. From here, I realized that the cave had another extension dating back to the prehistoric era of the inhabitants of the caves. But nature did its part in turning it into a sculptural marvel. While the second upper cave was discovered in 1985 and opened in 1969.

After the discovery of the Jeita Grotto, the people named it after the valley in which it is located, Wadi al-Kalb, whose waters pass through these caves. Therefore, they called the cave at the beginning “The Cave of the Dog.” But later, the Lebanese called it Djaita, which means in Aramaic “roaring water.” Then the pronunciation was distorted over the years to become Jheita and finally Jeita. This is the name known locally and internationally as “Jeita Grotto”.

How was Jeita Grotto Formed?

Jeita Caves were formed as a result of environmental changes and factors that affected limestone, such as groundwater, as well as carbonic acid rain. As a result of water entering the rocks, this led to the formation of karst caves and the emergence of stone formations and wonderful landscapes created by the Creator.

The cave is north of the capital Beirut, about 20 km away in a valley called the valley of the dog. Therefore, the Lebanese people called it the Cave of the Dog for a period of time until they changed that name to Jeita Grotto.

If you want to get the directions to Jeita Grotto, you can follow the below directions:

This amazing touristic site is open all weekdays except Monday. Besides, its opening hours are from 9 a.m. to 5 p.m.

Jeita Grotto’s entrance fee is 18,000 LBP, and the tour inside the two caves will take about 90 minutes. Besides, Jeita Grotto tickets for kids are only 10,000 LBP.

As we mentioned before, the Jeita Grotto consists of two layers, an upper and a lower one. The area of the two caves is about 6910 m. But the visit of tourists to the cave is limited to riding boats and moving amid the roaring waters, up to a distance of only 600 meters. So, the visitors enjoy seeing the beautifully formed and carved columns by nature. At the entrance to the cave, there is a huge statue that has the name “the Guardian of Time”. It greets the visitors, which reaches a height of 6 meters. It is not allowed to take pictures inside the cave.

What is special about Jeita Grotto?

Jeita Grotto is one of the wonders of the world and was almost officially one of the new Seven Wonders of the World, as it was among 28 sites in the final liquidation in 2011, but it did not get the title. However, this does not affect its uniqueness and is unparalleled in the Middle East, as it consists of two caves intertwined with each other, making its total length the longest, which is 5.6 miles. Which makes Jeita Cave special and worth a visit to enjoy the nature sculptures.

Restaurants near Jeita Grotto in lebanon

Due to the variety of tourists from all over the world, you will find different cousins near Jeita such as:

It is one of the recommended restaurants with many international cuisines Asian or American.

It has Lebanese dishes and also it includes other Middle Eastern dishes as well.

It is an Italian restaurant with delicious Italian original Pizza.

Hotels near Jeita Grotto in Lebanon

There is a variety of hotels which you can choose that suits your budget from 5 Star hotels to 3 stars hotels, full board or half board. Besides other services that you can check. The most famous hotels near Jeita Grotto in Lebanon is such as:

There are a lot of fantastic activities that you can enjoy besides visiting Jeita Grotto, as it is near many other sites such as:

In conclusion, Jeita Grotto in Lebanon is one of the main tourist attractions in the Arab world. Besides, it has a different taste because humans didn’t form it which made it a valuable astonishing site. Many tourists from all over the world seek to visit it and enjoy its view.