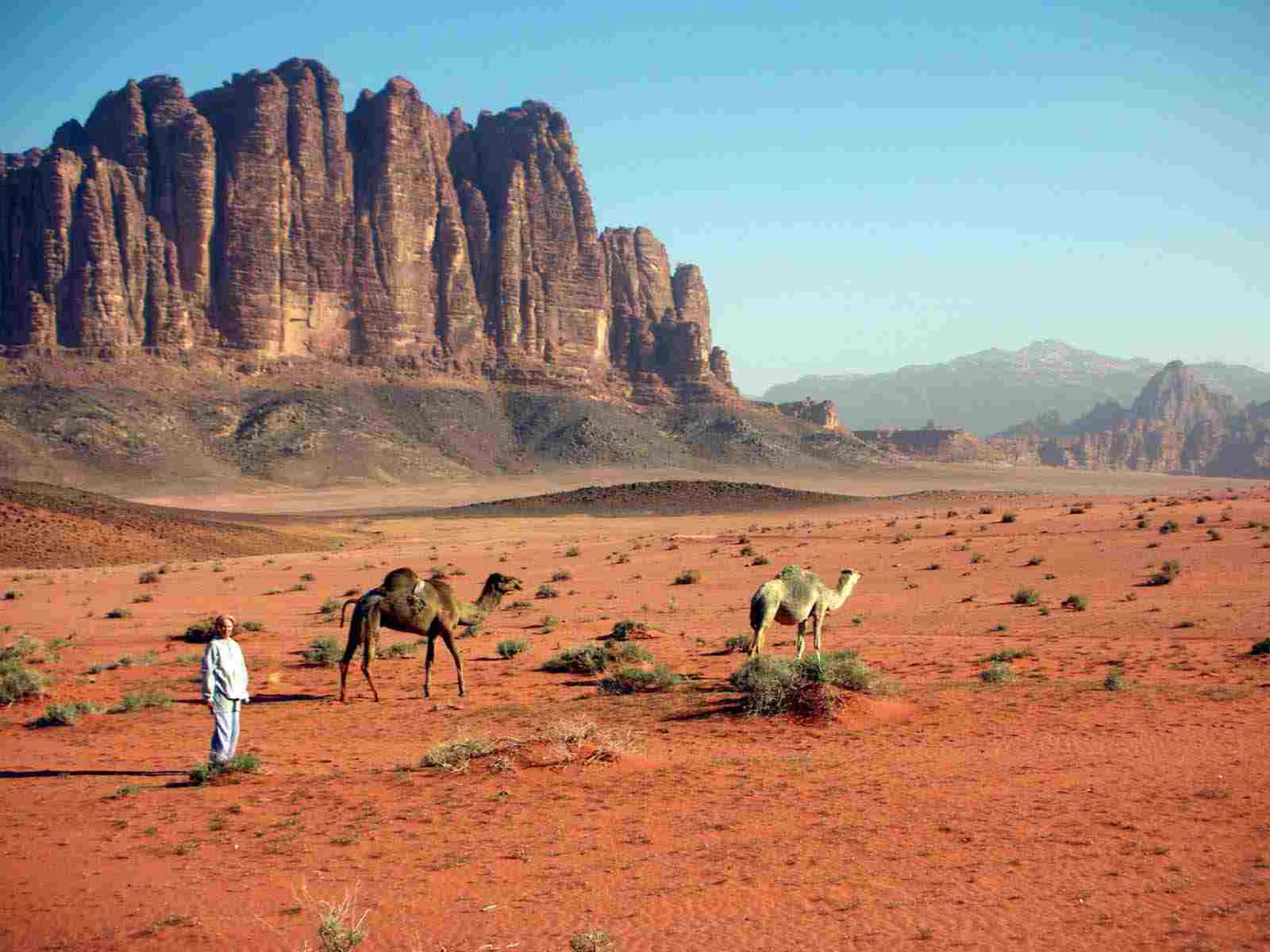 Wadi Rum is one of the most beautiful deserts in the whole world, in which people can enjoy the beautiful
and charming landscapes created by God Almighty.

Wadi Rum is located in the Hashemite Kingdom of Jordan, specifically in the south of it, as the road
heading to Wadi Rum tends to the east of the desert road, about 5 km south of the Jordanian city of
Al-Quwaira, and Wadi Rum is about 25 km north of the Jordanian city of Aqaba. From this road, those
who go to Wadi Rum must walk a distance of approximately 35 km until they reach Wadi Rum.

Wadi Rum is called Wadi al-Qamar, and it is the largest valley in Jordan. The term Rum in Arabic means the valley of sand. Wadi al-Qamar is considered one of the rarest landscapes in Jordan, as it is
characterized by the granite and sandstone rocks above the valley, and the valley rises It is 1,700 meters above sea level, and the valley is full of red sand, but suffers from a lack of rainfall.

Wadi Rum is located within the Golden Tourism Triangle adopted by the Jordanian government and the Jordanian Ministry of Tourism. This triangle includes the three southern tourist areas, Wadi Rum, Petra the Pink City, and the Gulf of Aqaba,
These three areas witness tourist activities that include camping, mountain climbing, and tours, in
addition to the use of four-wheel drive vehicles. It is worth noting that the process of tourism promotion in Wadi Rum began in conjunction with the filming of the film Lawrence of Arabia in the sixties, followed by the filming of the films The Red Planet, The Transformers, and The Face.

Wadi Rum is characterized by a number of things, as follows: