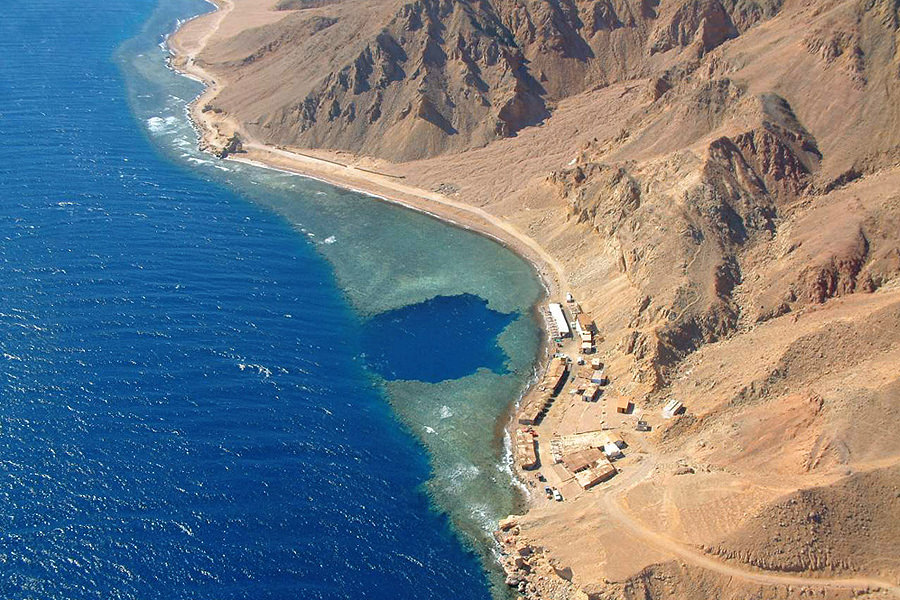 The Blue Hole, which is also known as the Garden of Bones for the large number of people who died in it, is an internationally known name for the diving site located on the Red Sea coast in the city of Dahab in Egypt, which divers come from all over the world.

And all divers know the danger of diving in it, yet they come from everywhere just to challenge who can dive and get out safely.

It is noteworthy that this hole was formed a long time ago as a result of a comet colliding with the Earth, and that gap occurred over time and formed the most beautiful and wonderful landscapes of coral reefs
and marine creatures that were encouraged to dive in it.

The hole is known worldwide as the most wonderful place for diving, but its fame has increased and it has become known as the most dangerous, as about 130 people have been missing it over the past 15 years trying to explore the hole. Some even call it the cemetery of divers. Among those who lost it are some of the pioneers of deep diving (Dave Shaw – Cheek Exley) and many others who wrote books and references on deep diving and cave diving. Near the hole, there is a group of evidence with their names.

The beauty and splendor of the hole attract divers

The hole is filled with aquatic life and the splendor of coral reefs and its fan shapes, colorful fish, beautifully, and dozens of species of fish that breed in it and of great beauty, connected to it by a tunnel connected to the sea known as the arc, which encourages divers to explore and search inside to discover the mystery that surrounds it.

The visitor to this place must take the necessary precautions and properly plan for diving with a guide who knows this hole well, in addition to carrying a sufficient stock of air or breathing gases.