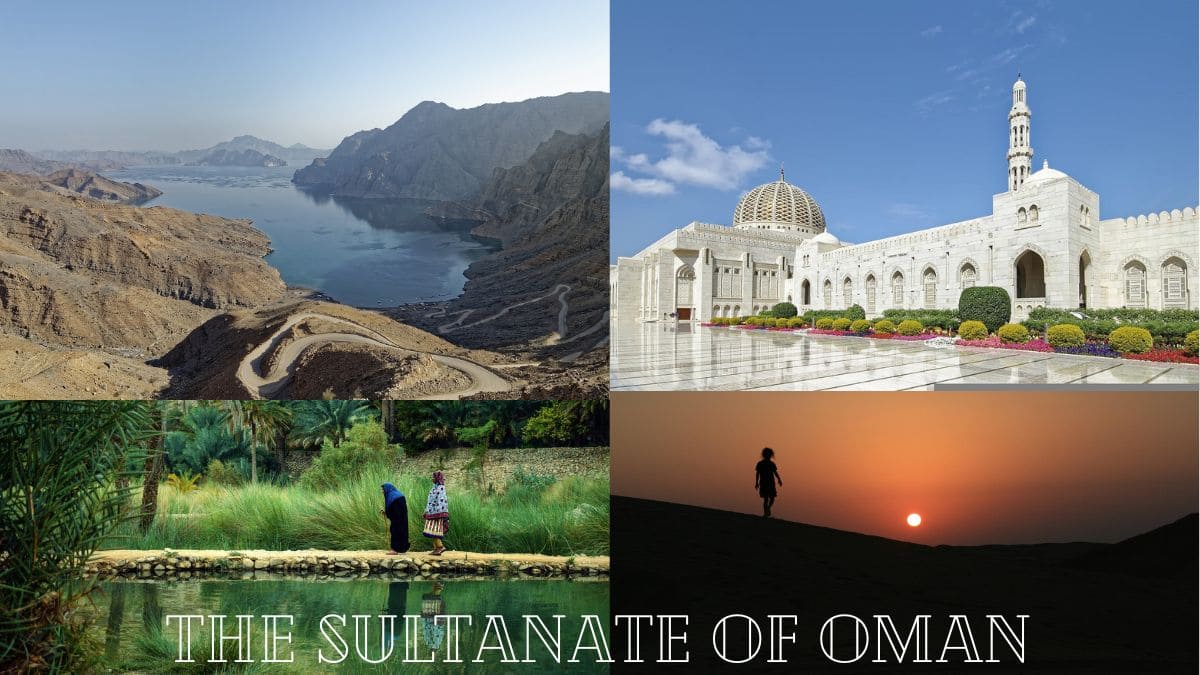 The Sultanate of Oman

The Sultanate of Oman is one of the most amazing Arab cities due to its nature. So we will inform you more about the sultanate of Oman’s history and tourist attractions

Why it was called Oman?

Oman was called by many names, such as:

The Sumerians called it “the land of Majan” in their paintings, as they depended on Oman for shipbuilding.

It was called “Mazoun” due to the abundance of water resources compared to the surrounding countries.

In addition, it was called “Amman”, it is said that it is related to Oman, the son of our master Ibrahim, peace is upon him. It is also said that it belonged to a city in Yemen from which some migrated and settled in current Oman.

Do you know how the Sultanate of Oman was established?

The ruler of the Sultanate of Oman

The government in Oman has a hereditary sultan system. Sultan Haitham bin Tariq Al Said is the current sultan. He followed his father after the death of Sultan Qaboos bin Said bin Taimur Al Said on January 11, 2020.

What is the geographical location of the Sultanate of Oman?

Borders of the Sultanate of Oman

The area of Oman

Oman covers an area of ​ 309.500 km2. It is the third-largest country in the Arabian Peninsula

How is the weather in Oman?

The weather in Oman is a very hot climate and it has moisture winds.

The weather is hot from April to August every year, with temperatures reaching 40 degrees.

It is characterized by its low humidity and cool moderation, where temperatures reach 18 degrees Celsius, and the months of November and May are the coldest seasons. Besides, Some rain also falls.

The population of the Sultanate of Oman

What is the currency of the Sultanate of Oman?

What is the national language of Oman?

Its native residents speak the Arabic language with a local Omani dialect similar to the dialects of other Gulf countries.

What is the main traditional food in Oman?

However, there are many restaurants that specialize in serving different types and meals from each country.

What are the kinds of transportation available in Oman?

There are many types of transportation in Oman such as:

What are the main airports of the Sultanate of Oman?

What are the best famous malls to visit in Oman?

There are many malls and shopping centers in Oman, here are the top 5 malls that you must visit:

Tourist attractions in the Sultanate of Oman

It has a distinctive and creative design, and many tourists come to see it and enjoy its unique architectural design. The Mosque also covers an area of 40,000 m2.
It was built in 1992 AD in Muscat by Sultan Qaboos and was built from 300,000 tons of Indian sandstone. It also features a beautiful interior design as well, as it has a carpet of 1,700 million knots, which took 4 years to design.

Its name is also “Khor Rori” and its location is between the states of Mirbat and Taqah. Besides, it is a historical and archaeological area, where there are many monuments such as temples, ancient manuscripts, and carved stones.

It is one of the most important tourist areas and the highest point in the Sultanate of Oman, with an altitude of about 2000 m. In addition, there you can enjoy the enchanting nature and the tranquility that helps you to relax.

From Ras Uhud Resort, you can enjoy watching the first sunrise because it is the first place for sunrise in the whole of the Arabian Peninsula. In addition to the presence of different types of turtles that attract many tourists.

You can visit the Mount of the Sun in the winter, where you will enjoy snowfall because the mountain rises 9000 feet above sea level. Besides, it is located in the province of Yanzhou, close to the capital. While in the summer you can camp in its moderate temperature.

You can enjoy watching dolphins there, because of its charming clear waters that attract many tourists. So you will enjoy the beautiful scenery.

Palm Fort is one of the most amazing and also beautiful archaeological areas in the Sultanate of Oman. Besides, it was built ingeniously on a rocky ledge in the Western Hajar Mountains, at a height of 200 meters. You can also enjoy the beautiful countryside and natural views there.

Many tourists come to this beach because of its stunning views of waterfalls and green pastures. It is located in the Dhofar region.

To conclude, Oman is one of the most charming Arab cities due to its location and nature. It attracts many tourists and plays an important role in Arab countries.