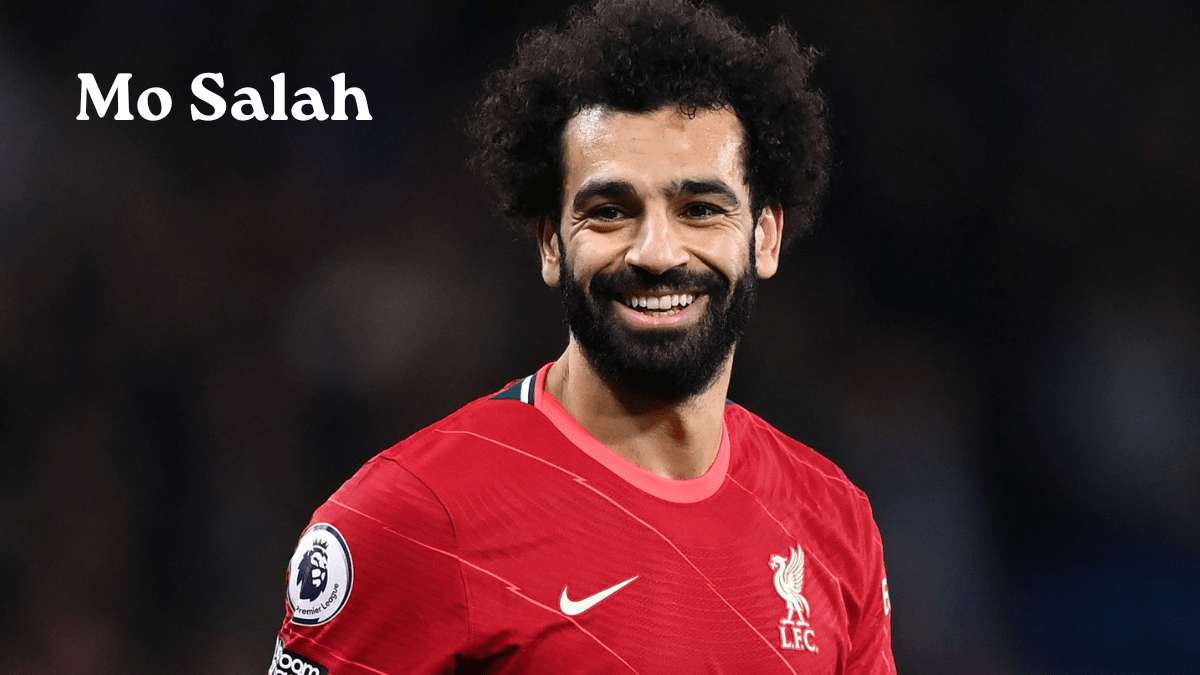 Mo Salah Liverpool is the best football player in the world over the past years, besides he is an Arab football player and he still proves to the world that Arabs have talents as well as decent morals. His upbringing was difficult and he did not take from the education what he wanted, but he dreamed of football and has achieved his dream now, as he played in the best international clubs. In addition, he has won many awards and titles, as well as records and goals.

Therefore, in this article, we will talk about Mo Salah, the Arab footballer.

Who is Mo Salah?

Mo Salah is an Egyptian football player, his full Arabic name is Mohamed Salah Hamed Mahrous Ghaly, and he was born on June 15, 1992 AD in Egypt in the village of Nagrig in the Gharbia Governorate. He started his career in the Arab Contractors Club, then he reached the Egyptian national team, then he became a professional in Europe until his talents appeared and he competed with the best football players in the world. Besides, he currently plays in England at Liverpool FC.

Mohamed Salah family consists of other 3 members his wife and two kids as the following:

Mohamed Salah married his schoolmate in the village of Negrih, Maggie Mohamed Sadiq, born in 1995. Besides, she works in the field of biotechnology. In addition, Mo Salah married his wife after a love story that lasted for 10 years, and the wedding took place in one of the famous Cairo hotels on 18 Dec 2013 after his professionalism in the Swiss Basel Club. Mo Salah’s wife also runs his charitable foundation.

Mecca, Mohamed Salah, was the focus of the world’s attention with her innocent childish movements, and also she is the first of Mohamed Salah’s children. Besides she was born in 2014. And Mohamed Salah first wanted to have a son, but Mecca changed his view of him because he is tender and cheerful. In addition, he named it Mecca in relation to the city of Mecca.

Mohamed Salah gave birth to two daughters, the first, as we mentioned, is Mecca, and the second he gave birth to in February 2020. In addition, they are very close to him and they attend most of the matches and also encourage him.

The football history of Mohamed Salah witnessed many successes and also passed through many clubs, as follows:

He started playing football from a young age when he was only 12 years old when he joined the Basion Union and Othmathon Tanta and was admired by the coaches.

Second: As a junior in the Arab Contractors Club

He moved to the Arab Contractors Club as a youngster in 2006, but soon his football talents and speed began to appear, in addition to his unparalleled performance.

Third: A key player in the Arab Contractors Club

He became a major player when he turned eighteen. Besides, he participated in two seasons for the Arab Contractors Club, in which he proved his worth and distinction among the rest of the players, which drew the world’s attention to him.

As a result of his talents that appeared with the Arab Contractors Club in two consecutive seasons, the Swiss club Basel offered to buy him for 2.5 million euros, but he faced difficulty in moving as a result of his young age, but he eventually succeeded in moving to the Swiss club Basel. In addition, he succeeded there and was named the best player in Switzerland, and led his team to the Cup and the coronation. In addition, Mo Salah defeated Chelsea twice, which caught the club’s attention for his talent and distinctive abilities. Thus, his nickname became “The Chelsea Conqueror”.

After Mo Salah’s remarkable remarkable success at Chelsea, the club offered him 2014 for 19 million euros. Despite the success of Mohamed Salah, he did not make notable victories with Chelsea FC.

Then Mo Salah was loaned again to the Italian club Fiorentina, and here was the beginning of another start to a career full of successes with Fiorentina. He won many awards for the club, his talent became evident and his experiences weighed more than before. And also offers from other clubs began to flock to him.

Mohamed Salah chose to move to Roma, where he was an unmissable model, and there he excelled, as usual, and one of his most important meetings was a meeting with Sassuolo, the legendary father of Francesco Totti. But Mo Salah did not hesitate to score a goal either. And his star emerged more and more to become one of the most famous scorers in the world.

Eighth: Liverpool is his current club, which he has played for since 2017.

And in 2017, Mo Salah’s latest deal happened, which is his joining Liverpool for 50 million euros, which he still plays with him until this day, achieving victories and world records. He also competed with Cristiano Ronaldo, Messi, and other world’s best football players. It is still being renewed till today.

Mo Salah Liverpool appearances in the premier league are 194.

Mohamed Salah has made a new record with Liverpool in the premier league, as he has scored 8 goals in the opening and no player did that before.

Mohamed Salah Liverpool contract has been renewed till 2024-2025.

Mo Salah contract has been raised as it became 350,000 pounds per month which are 150,000 dollars more than the last contract.

You can visit the premier league website for more details about Mohamed salah’s Liverpool stats.

Nowadays, Mohamed Salah is worth more than last year as now he is worth 88 million. So, he became one of the highest players in the premier league.

In conclusion, Mohamed Salah is an untold story that became a legend as he got many prizes and many records in just a few years of playing football. All the Arab countries support Mo Salah and celebrate his victory.