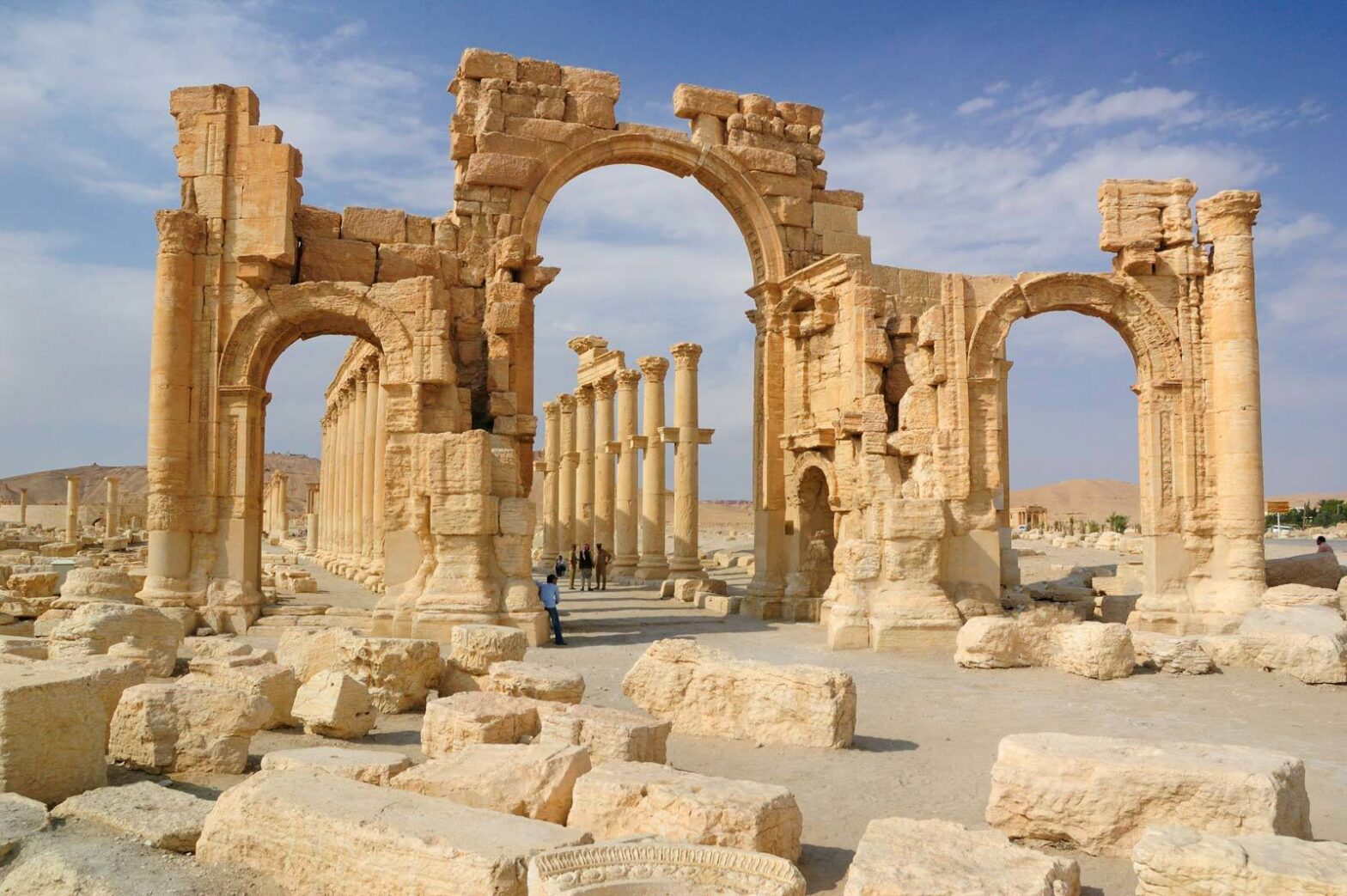 Damascus is the capital of Syria, and is considered one of the oldest continuously inhabited cities in the world, dating back to 11,000 years.
The city was founded in the third millennium BC, and therefore it contains many archaeological sites that date back to the various civilizations that have passed through it since the Roman civilization to the Seljuk Turks, and there are about 125 monuments and archaeological sites, and one of the most important and most famous landmarks of the city is the Umayyad Mosque Great.

The city of Aleppo is located at the crossroads of the famous trade routes since the second millennium BC, and accordingly it was subject to the rule of many civilizations. It was ruled by the Hittites, Syriacs, Akkadians, Greeks, Romans, Umayyads, Ayyubids, Mamluks, and Ottomans, respectively; Therefore, Aleppo is famous for many archaeological sites such as the Aleppo Fort, the Great Mosque, which was built in the twelfth century AD, religious schools built in the sixteenth and seventeenth centuries AD, and many residences, and public baths .

There are many Roman, Greek and Persian ruins in Palmyra, located in the middle of the Syrian desert, which is considered one of the most attractive areas for tourists in Syria.
Where its archaeological site gained its importance because of its former location as a major stop for commercial caravans from 44 BC until 272 AD, and it is reported that Palmyra was officially added to the World Heritage List in 1980 AD.

The Umayyad Mosque is known as the Great Mosque of Damascus, and it is one of the oldest and largest mosques in the world. It is considered the first architectural work of this size in Islamic history.
The Umayyad Mosque was built in the style of the Mosque of the Prophet Muhammad, may God bless him and grant him peace, in Medina.
The work of the mosque was not limited to prayer, as it was a place to perform several tasks, including the following:
* Establishing prayer, whether it is a group prayer or an individual prayer.
* religious education.
* Achieving justice and administering justice.
* Organizing political meetings.
* Relief and shelter for the sick and the homeless.

Salah al-Din Citadel is located between the mountains of the Syrian coast, 25 km east of Latakia on the way to the city of Aleppo.
The castle was famous for several monuments, including stone walls, high protection towers, and a trench. Salah al-Din al-Ayyubi seized the castle in 1188 AD, as this campaign was considered one of his most successful military campaigns. Then the rule of the Ayyubids followed the rule of the Mamluks, who built a mosque, baths, a school, and a water basin. And a locker in the castle .

Al-Hosn Castle is located near the city of Homs. It is one of the most beautiful medieval Crusader castles in the world, and one of the most powerful forts in the East. It consists of two concentric castles; The outer castle is surrounded by a defensive wall reinforced with semi-circular towers, while the inner castle is higher than the outer castle and overlooks it from the top; This is due to the slope on which it is built.