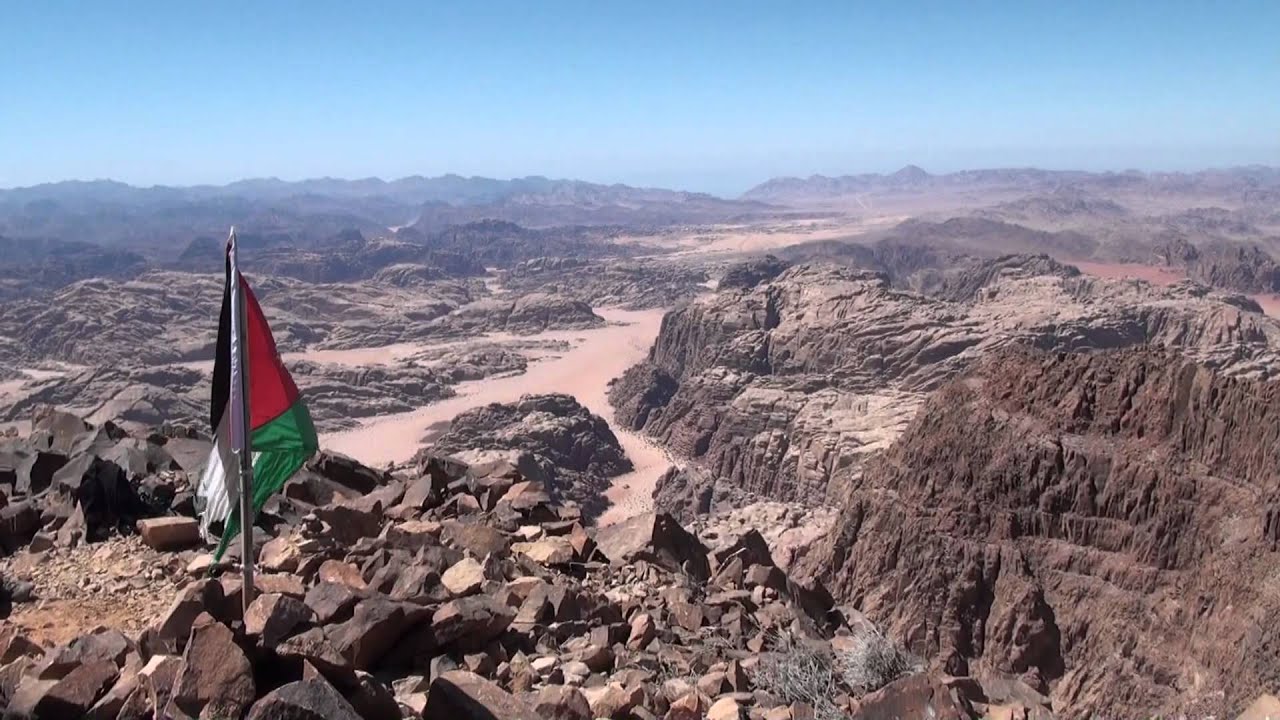 The country of Jordan in the Middle East. situated west of Palestine and the Jordan river. It is a country at the crossroads of the continents of Asia, Africa, and Europe.
Countries with international borders to Jordan are Iraq, Palestine, Saudi Arabia, Syria, and a portion of the Palestinian territories.
The country is most well known for its vast ancient monuments, nature reserves, desert-covered land, and seaside resorts by the Dead Sea and the Gulf of Aqaba.

The highest mountainous heights in Jordan

Jordan includes many mountainous heights, and the following shows the highest mountains in the various regions of Jordan which attract tourists to Jordan:

The mountain “Umm al-Dami” is located in “Wadi Rum” and near the border with “the Kingdom of Saudi Arabia”. It is the tallest mountain in Jordan, with a peak of about 1854 meters, and it is an ideal destination for climbing enthusiasts.
Climbing “Mount Umm al-Dami” is not difficult and takes about two hours to climb, and it has some small parts of rugged rocks that you may need to use your hands in the process of climbing
Jabal Umm al-Dami includes a small number of animals and vegetation.

The Ramm mountain is the second tallest mountain in the Kingdom of Jordan, with a height of about 1,737 meters above sea level, and represents the western side of Wadi Rum, which is located above the village of Rum in the Governorate of Aqaba.
Jebel Rum is one of the favorite destinations for climbers interested in watching the ancient inscriptions found in abundance on the way up to the top.

The Marajim mountain is the third highest mountain in Jordan, reaching a height of about 1,714 m, and is located in the Jordanian governorate of Maan, and represents a height topped by a small summit above the surrounding area, and is characterized by its steep slopes and clear local features.

Jabal al-Ghazal is the fourth highest mountain in Jordan. It is about 1,693 meters high and is located in the Jordanian governorate of Ma’an.

The Khilal mountain is the fifth highest mountain in Jordan, and its height reaches about 1,685 meters, and is located in the Jordanian governorate of Ma’an.