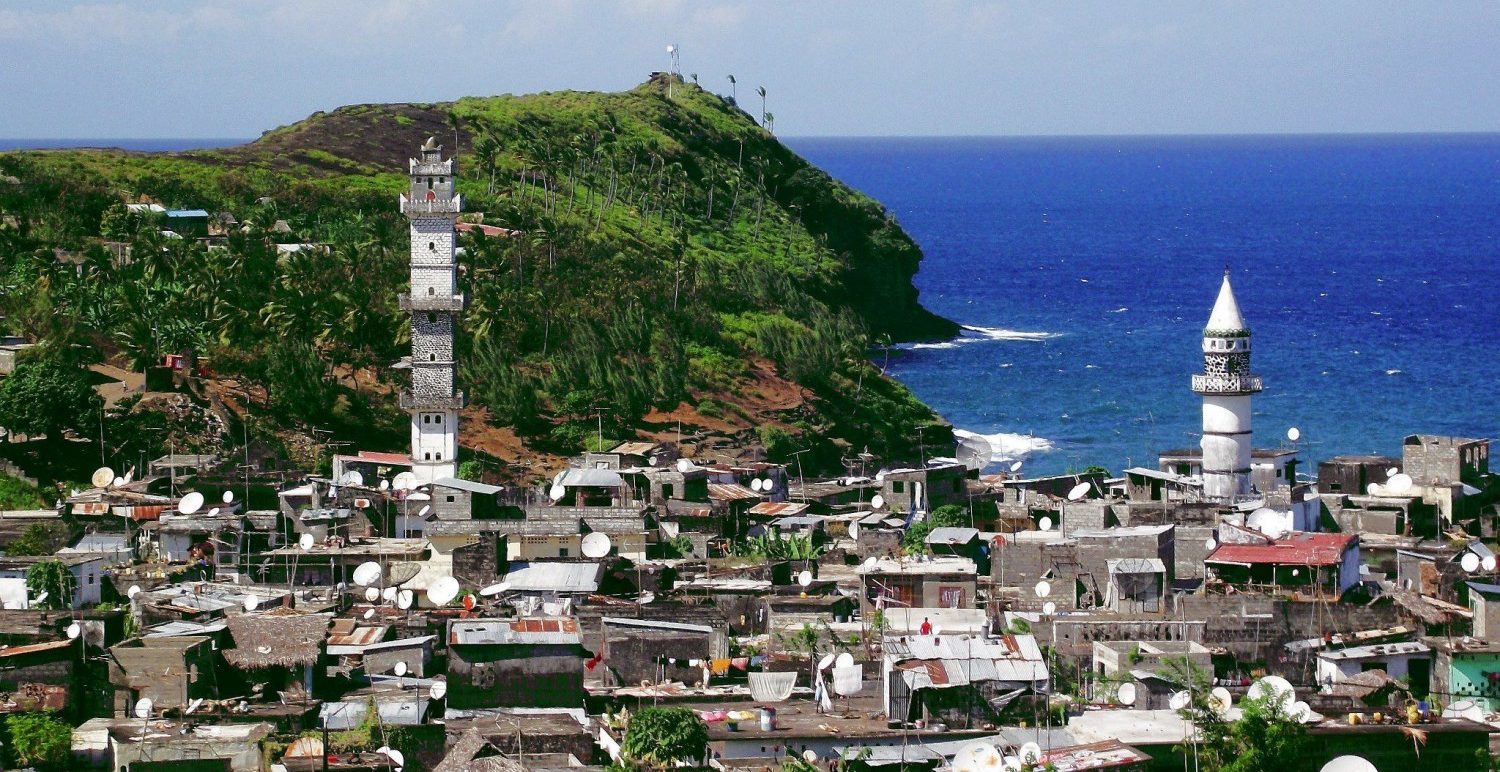 Comoros is located in the Indian Ocean, between the shores of Tanzania, Mozambique, and Madagascar. It is an archipelago consisting of four islands off the coast of East Africa, three of which are independent islands belonging to the Republic of Comoros.

Moroni is its official capital. As for the fourth island, it is the island of Mayotte, which is under the administration of France. The cultural heritage of the people of the Republic of Comoros comes from the continent of Africa, the Middle East, and the continent of Europe, and most of the people are Muslims with a percentage of up to 98% of the total population.

Flag of the Republic of Comoros

The Republic of Comoros adopted the final shape of its flag in 1993 AD, which consists of four horizontal stripes represented by the colors: yellow, white, red, and blue respectively, and a green triangle shape to the left of the flag connected to the horizontal stripes and contains inside it four stars and a white crescent.

The four bars and the four stars are the main islands of the Republic: Mohéli Island, Grande Comore Island, Anjouan Island, and Mayotte. The green color and the star and crescent symbol are traditional symbols of the Islamic religion.

Comoros has a tropical climate; The average annual temperature in the coastal areas is about 25-26 °C, with a slight difference with the altitude per 100 m by about 0.6-0.7 °C, and the annual rainfall in the coastal areas is 1,000 mm, and the rate of precipitation increases in high areas, and it can be described The climate during the months from November to April is described as a hot climate with continuous rainfall. During the months from May to October, the climate is described as dry and cold. Every 10 years, Comoros is exposed to severe hurricanes that cause serious damage.

Landforms of the Republic of Comoros

Spread on the coast of the Comoros sand vast coconut trees India and trees coastal grove, and formed some coasts of round rocks, and some of the other flows of lava, and the origin of the form of Comoros activity volcano that has occurred in the Indian Ocean seabed, and shows the following information on each island of the islands The four components of the Republic of Comoros: