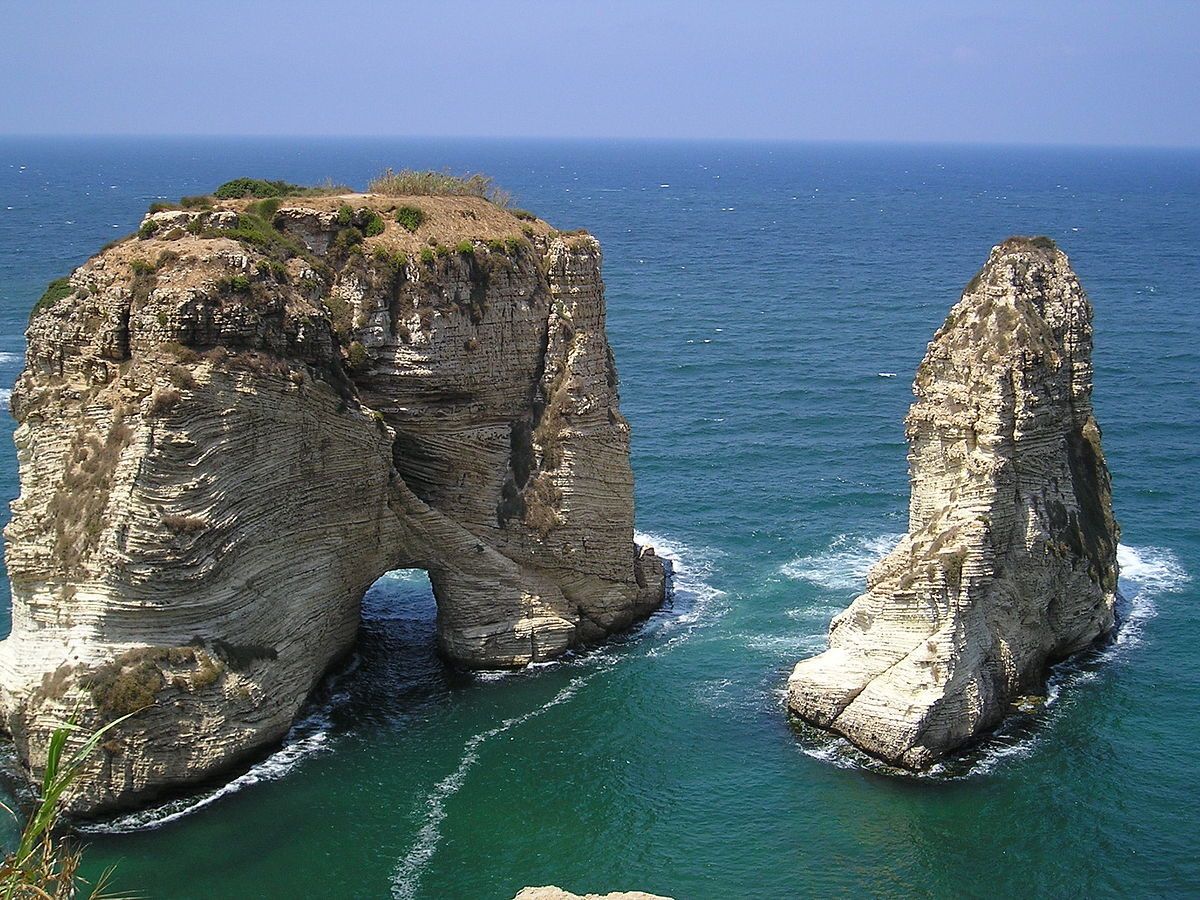 The Raouche Rock is one of the most important natural tourist destinations, as it is
characterized by its beauty and height. The visitor can see the huge numbers of gulls and
doves that inhabit the rock, and feed on the herbs and plants that float on its surface, and
the splendor of its view lies in watching it from a distance, especially during sunset.

Raouche Rock is located in Lebanon near the West Beirut Sea. It consists of two large rocks located in the middle of the Mediterranean Sea, and close to the coast of the Raouche area. It is the first landmark that the tourist sees on the plane before landing on the land of Rafic
Hariri International Airport in the capital, Beirut. The Rocher Rock is also an important
marine tourist attraction in Lebanon, and a magnet for many tourists to enjoy watching it
and practicing many tourist activities in it.

Some scientists specializing in geology refer to the fact that the origin of the appearance of
this large rock is the result of several earthquakes that struck this part of the Beirut Sea,
which led to the elimination of many islands that were in this inhabited area, and many
rocks appeared in their place, including the Raouche rock, and this is due to the Thirteenth century AD. This boulder is a block of rock, which is enormous in size, and in the middle
there is a cavity, and its height is approximately 70 meters.
There is a second rock right next to it that has a pointed shape, and it is also of the same
composition, and this smaller rock was exposed to weather factors from erosion that affected it. Archaeologists have found evidence of human life in this area in the past by
discovering basic tools found inside the rock, which were sent to the Archaeological Museum at the American University in Beirut.

Tourist activities in the Raouche area

The most important feature of Raouche is that it is one of the famous residential and
commercial neighborhoods, where the visitor finds many restaurants and cafes that spread
in its streets, serving traditional Lebanese meals, and Paris Street is the most famous street
for forming a large and important part of Beirut’s Corniche, as it attracts Many local
residents or tourists from other countries, and opposite the Raouche Corniche, there is a
large rock known as the Raouche Rock, which is formed from giant rocks.