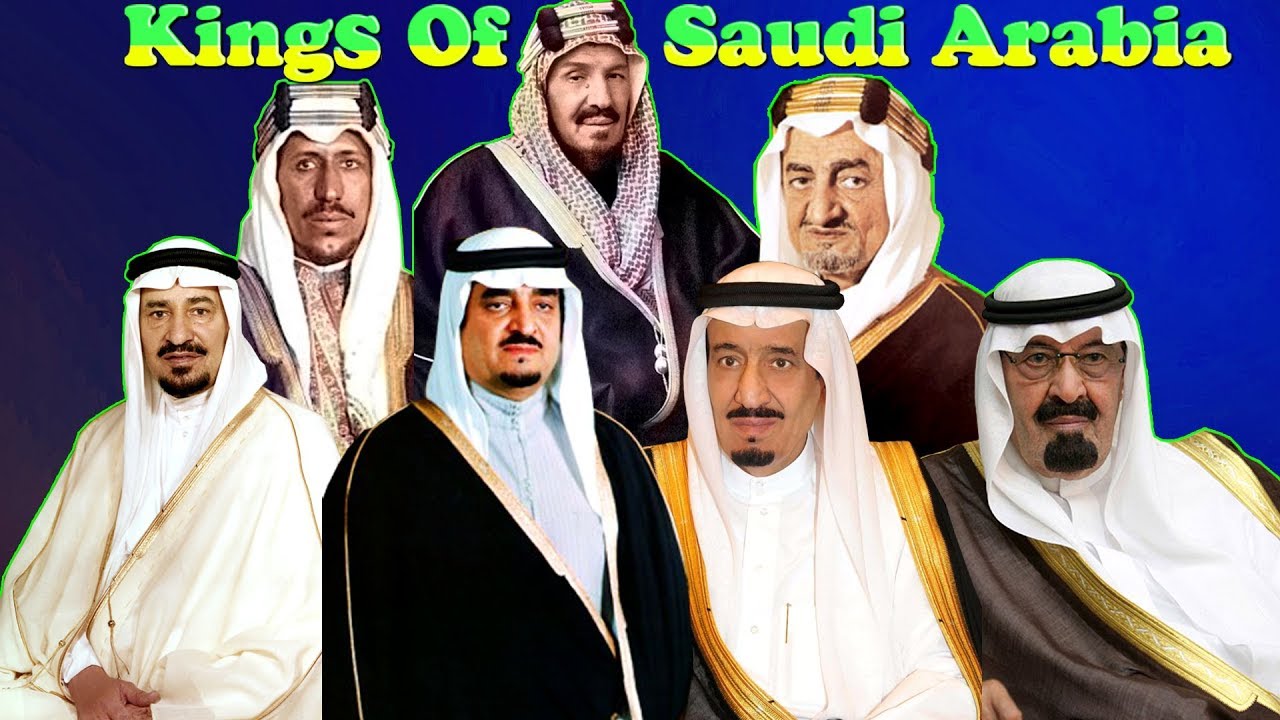 Since the establishment of the Kingdom of Saudi Arabia at the hands of King Abdulaziz Al
Saud, 7 kings have inherited the rule, the last of whom was the Custodian of the Two Holy
Mosques King Salman bin Abdulaziz Al Saud, the current king of Saudi Arabia. The following are the kings that have ruled Saudi Arabia over the years:

King Abdul Aziz bin Abdul Rahman Al-Faisal Al Saud (1876-1953 AD) is the founding king of the Kingdom of Saudi Arabia. He was born in Riyadh in 1876. He left when he was young with his family to Kuwait. In 1902 AD he was able to regain rule in Riyadh, and during the years from 1927 AD to 1932 AD, he was able to control most of the Arabian Peninsula and called it the Kingdom of Saudi Arabia.

King Saud bin Abdulaziz Al Saud (1902-1969 AD) was born in 1902 the same year in which his father regained power in the city of Riyadh, and he became Crown Prince in 1933 AD, until 1953 AD, in which he assumed power after the death of King Abdulaziz, and King
Saud died in Greece in 1969 and was transferred to Riyadh and was buried in the Oud Cemetery.

King Faisal bin Abdulaziz Al Saud (1906-1975 AD) was born in the month of April of the year 1906 AD in Riyadh, and took over the Emirate of Hejaz in 1925 AD, in addition to taking over the presidency of the Shura Council and the Ministry of Foreign Affairs in the year 1932 AD. King Faisal died in the year 1975 AD and left power to his heir, his brother King Khalid bin Abdulaziz.

Khalid bin Abdulaziz Al Saud (1913-1982 AD) was born while his father was busy reclaiming the city of Al-Ahsa in the year 1913 AD. He participated in many battles throughout history, including the Battle of Al-Raghamah, the Sibla, and the Battle of Al-Dabdbah. He was awarded an award for highlighting the leadership role of the Kingdom of Saudi Arabia in many international and Islamic Arab fields. He assumed power in 1975 AD, until God passed away in 1982 in his palace in the city of Taif and was buried in the Oud
Cemetery in Riyadh.

King Fahd bin Abdulaziz Al Saud (1921-2005 AD), the first king of Saudi Arabia to be named
the Custodian of the Two Holy Mosques, and occupies the fifth rank in the order of kings of the Kingdom. He was born in Riyadh, and his reign was marked by the formation of the
Shura Council system and the issuance of the basic system of government. He died in the year 2005 AD after He had acute pneumonia.

King Abdullah bin Abdulaziz Al Saud (1924-2015 AD) was born in Riyadh, and was pledged
allegiance to rule in the year 2005 AD upon the death of King Fahd bin Abdulaziz, where he
held several positions before assuming power, including Head of the National Guard and
First Deputy Prime Minister and had an active role in Humanitarian charitable initiatives until God passed away in 2015.

King Salman was born and educated in the city of Riyadh and was appointed its prince in
the year 1954 AD, and was concerned with charitable and humanitarian works, in addition to
his interest in helping those affected by natural disasters in the Arab world. Lots of internal repairs.