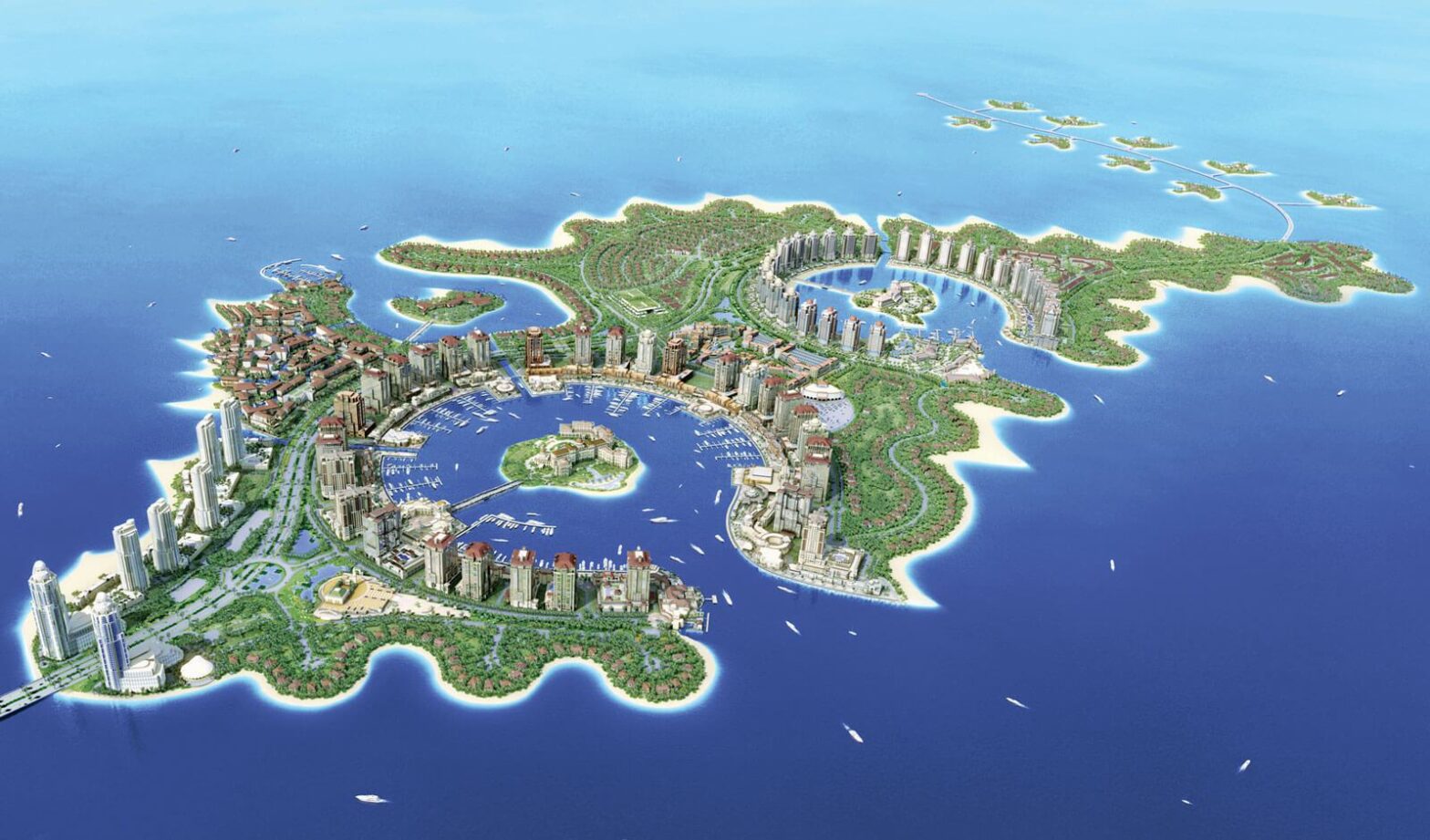 The Pearl Island is located in the State of Qatar, specifically in the central part of the capital, Doha, and is close to the new city of Lusail, as it is located on the northern beach side of the Arabian Gulf.

It was called by this name because of the presence of pearls in it, and it has an area of ​​about four million square meters, and it is a group of artificial islands and accommodates about thirty thousand people, and the cost of establishing it is 2.5 billion US dollars.

The island is known by several names, including the Pearl City in Qatar, the Pearl of the Gulf Island, and Lulu Island Qatar. It is also called an international nickname, which is the Gulf Riviera.
Perhaps this title came as a result of the splendor and luxury of the island, and in relation to the French Riviera beach, which represented for him the Arab peer, which is almost matched by its charm and beauty, thus making this island a dazzling pearl in the Arabian Gulf region.

The island contains many residential communities, hotels, shops, entertainment and entertainment, in addition to restaurants and cafes.

The Pearl of the Gulf Island in Qatar consists of several areas, the most important of which are:

Cartier channel:
Modeled after the Italian city of Venice, this city is a village near the water.

Central:
Located in the center of the island, it contains a central shopping area, in addition to residences, fine restaurants, and information desks on The Pearl.

Best Restaurants in The Pearl-Qatar:

2- Balmesan Seafood
It is a restaurant that specializes in serving seafood, and offers a very nice family atmosphere in addition to its beautiful view.

3- Which wich:
It is a restaurant specializing in providing sandwiches and quick sandwiches according to the desire of customers, and it has a special and beautiful atmosphere that attracts customers.