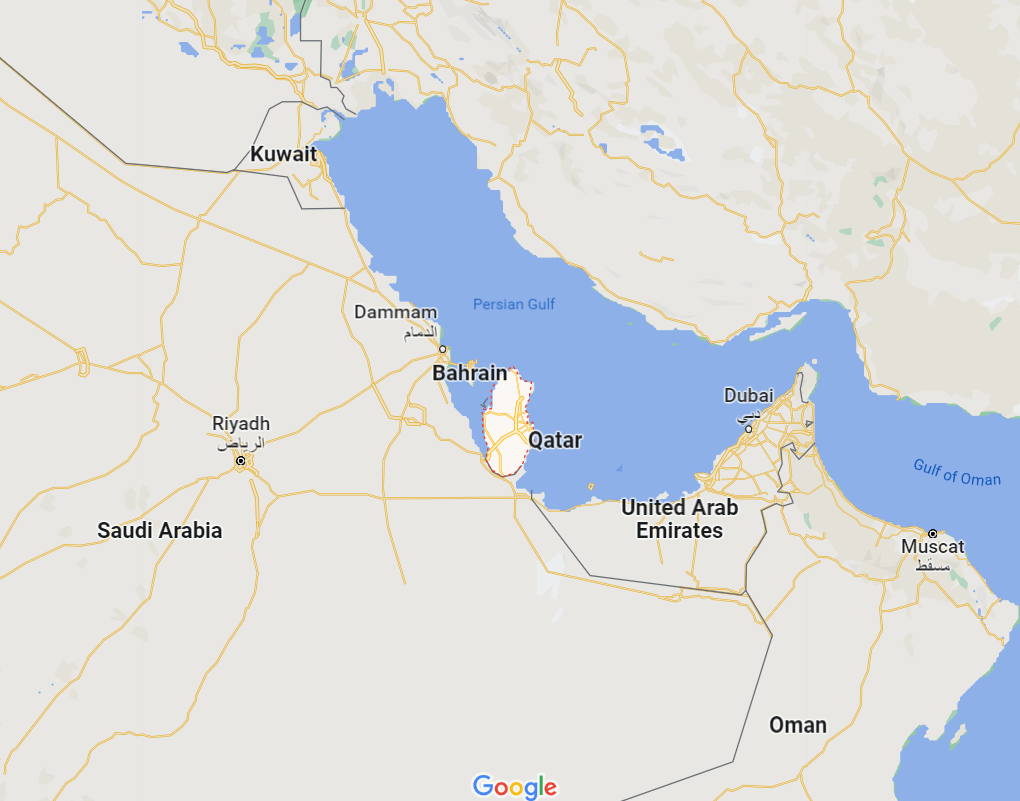 Where is Qatar located? The State of Qatar is located in the middle of the western coast of the Arabian Gulf, east of the Arabian Peninsula, between latitudes (24-27 and 26-10 North) and longitudes (50-45 and 51-40 East Greenwich). On an area of ​​11,521 square kilometers, it includes a number of islands, the most important of which are the islands of Halul, Shirawa, Al-Ashat, and others.

The lands consist of a generally flat rocky surface with some plateaus and limestone hills scattered in the (Dukhan) area to the west, which is 40 meters above sea level. The surface of Qatar is also characterized by many geographical phenomena. Including a large number of gulfs and bays scattered on the various shores of the country, in addition to the basins and depressions that are predominantly found in the northern and central regions.

Qatar has a desert climate, its summer is hot, its annual average ranges between (30-50) degrees Celsius during the summer months and its winter is warm between (8-22).

The population of Qatar is about (1.7) million people, with an expected annual increase of 10%. 83% of the population lives in the capital, Doha, its suburbs, and industrial areas.

Arabic is the official language of the country and English is widely used.

Islam is the official religion of the State of Qatar, and Islamic law is a major source of legislation in the country.

The most important cities in Qatar