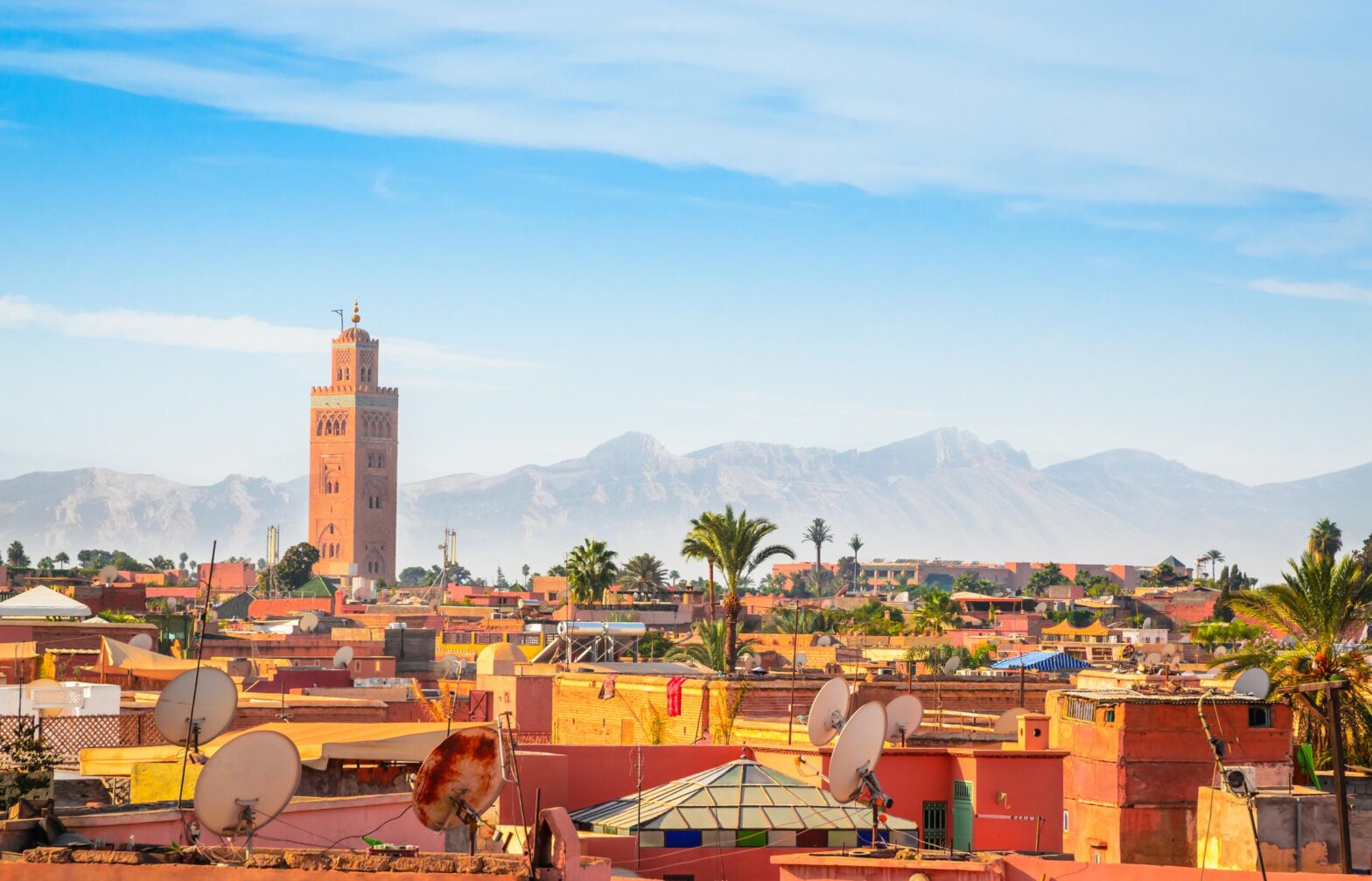 Marrakesh is located in the southern part of the state of Morocco, 327 km from the capital of Morocco, Rabat.
The city rises about 450 meters above sea level, has an area of about 230 square kilometers, and has a population of more than one million people. It is the third-largest city in Morocco in terms of population.

The city is described as a charming city because of its beautiful nature and healthy, moderate climate. The city was chosen in 2005 as the best tourist destination for tourists, and it was ranked the seventh most Arab city in terms of the number of visitors to it. In 2014, the number of tourists was estimated at nearly two million.

Marrakesh is called the Red City; This is due to its buildings and walls built of red mud.

The city of Marrakesh is characterized by the presence of a group of archaeological and historical monuments that are a source of attraction for tourists, the most important of these places are:

The palace is located on the northeastern side of the Kasbah. Its foundation dates back to 1578 AD. It was built by King Saadi Ahmed Al-Mansouri. It was considered by some geographers as one of the wonders of the world because of its architecture and skill in construction.
This palace was demolished by Moulay Ismail in 1696 AD, to decorate the new buildings in the city of Meknes with beautiful decorations in the palace. Its courtyard is rectangular, and in the middle of the square, there is a huge cistern, about 90 meters long and 20 meters wide, in addition to four side cisterns and four gardens next to them.

A market is a suitable place for people who prefer shopping in the pleasant atmosphere that prevails at night in the city. It is characterized by a charm that attracts many visitors, as the visitor enjoys the delicious food served in the market such as shawarma, grilled chicken, seafood, festivals, fortune-tellers, and monkey dancers, You also find many crafts that people practice in the market, including henna drawing.

It is the oldest of the three minarets in the world and is characterized by its curved windows, ornate arches, and its wonderful beauty, as its stones are made of red stones, and its height reaches 70 meters.

This garden contains a group of cacti, swimming pools, as well as a number of fountains, and more than 15 species of birds can be seen in the garden.

Royal Mansour Hotel Marrakech is one of the best 5-star hotels in Marrakech, and it is one of the accommodations that combines excellent service, luxury, and distinctive urban beauty.

The hotel is located in Marrakech near the Bahia Palace, which is considered one of the most beautiful tourist attraction in Marrakech at all, and is visited by a large number of
visitors throughout the year from the city’s residents and local and foreign tourists.