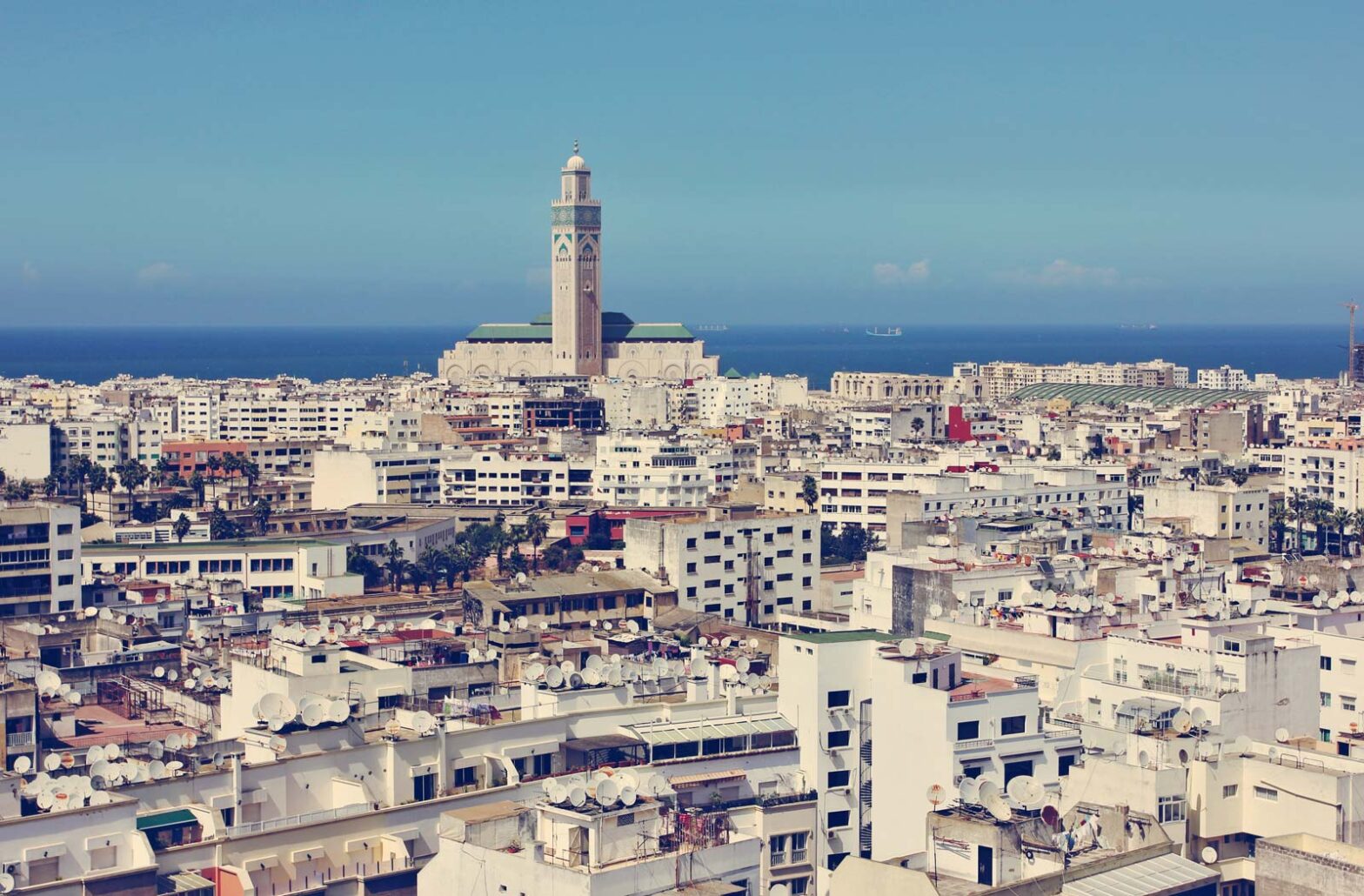 Casablanca is a Moroccan city known as the largest city in the Kingdom of Morocco, and the third largest in Africa, after Lagos and Cairo in terms of population.
It is also considered the economic capital of Morocco and its commercial and industrial center.; The city includes 60% of Morocco’s companies and factories, which vary in their activities
between the automotive, aircraft and electronic industries.

The city of Casablanca is rich in diverse and wonderful tourist places, where the historical
center of the city is concentrated in the old city, which is surrounded by a wall and several
doors, the most important of which is Bab Marrakech.

The city also includes many parks and gardens, such as the Arab League Park, and hosts
many annual festivals, the most famous of which is the Casablanca Festival.

The most famous places to visit in Casablanca City

The Hassan II Mosque is located near the old city on the Atlantic coast. The Hassan II Mosque is one of the beautiful landmarks in the city of Casablanca. It is the largest and most distinguished mosque in Morocco. The mosque is considered one of the city’s symbols; It has beautiful decorations designed by 10,000 skilled craftsmen, who took seven
years and accommodates more than 25,000 worshipers, as the area of ​​the mosque is about 9 hectares.

Arab League Park is considered one of the most famous places of tourism in Casablanca, its
history dates back to the beginning of the twentieth century in 1913.

The park includes many types of plants such as majestic palm trees that surround large
green spaces, and there are several entertainment places for children and cafes that attract
families to spend the most beautiful times, and therefore it is one of the best places for tourism in Casablanca.

The Old Medina Of Casablanca is one of the best tourist places, and it is said that it was
rebuilt by Sultan Muhammad bin Abdullah. The Old Medina Of Casablanca contains many amazing things, where you can wander its streets and see its small shops; In which spices,
clothes, handicrafts, and souvenirs are sold, it is also a must to visit the old Portuguese castle in it.

The largest shopping complex morocco mall in Africa is located on the beach of Ain Diab in
the Atlantic coast and is considered the main destination for shopping in Casablanca, so it
attracts many visitors, and the annual number of visitors has reached about 14 million visitors.

Tamaris Water Park occupies a large area estimated at 10 km on Azemmour Road in
Casablanca and is considered one of the unique amusement water parks, as it constitutes an
ideal space for entertainment, whether for adults or children

The park includes many types of water games such as slides of different sizes and shapes,
swimming pools and large water channels.