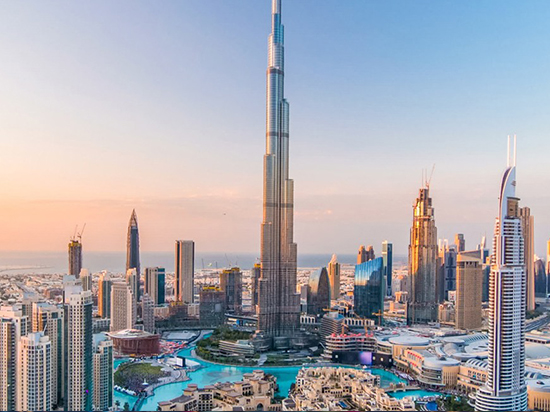 The naming of the Emirates comes after the seven emirates that make up the federation: Abu Dhabi, Dubai, Sharjah, Ajman, Ras al-Khaimah, Umm al-Quwain, and Fujairah.

Hashemi lived in tribes since the seventeenth century and still present their descendants on the land of the state, such as the family of Mr. Ali bin Mr. Abdul – Rahman al – Hashemi was Alhoashim first lived in the cities of the UAE and then migrated to many Arab tribes such as Al Nahyan and denominators.

Archaeological excavations have uncovered ancient settlement sites, mostly on the coasts of the Arabian Gulf of state, in Ajman, Umm Al Quwain, Sharjah, Abu Dhabi, and a number of islands. In Jabal Bahais (Sharjah) and the coast of Umm Al Quwain, collective burials were found underground, and in Jebel Hafeet (near Al Ain) ground burials date back to about 5000-2500 BC.

The settlement of the region’s settlements continued in the third century BC and beyond, and found sites confirming the expansion of trade and cultural exchange between them and centers of civilization in the Gulf, Mesopotamia, and even the Mediterranean basin. In addition, a temple dating back to 100 BC – 100 AD was discovered in the important settlement of Al-Dur near Umm Al-Quwain, in which relics and finds of Indian, Rafidian, Greek, and Roman origins were found, including coins, pottery, and others. Some of the coins from the Mleiha and al-Dur sites bore an inscription called “Abi’al,” believed to be the name of the region’s ruler before Islam.

Dubai in the middle of the twentieth century
The signs of the spread of Islam were represented in the message of the Messenger, peace be upon him, to the people of Dibba in the year 620AD, in which he called them to Islam. Dibba itself was a center for Qait bin Malik, the leader of the Apostasy movement in that region.

The region and its vicinity witnessed the events of the eras of early Islam, the Umayyads, the Abbasids, and various Islamic states.

Trade and maritime navigation flourished on the coasts of the region between the seventeenth and seventeenth centuries AD. And developed urban centers and important ports such as Dibba, Julphar, and Jumeirah (near Dubai).

They concluded agreements with the sheiks of the Emirates and strengthened them with a truce, after which the region called “the truce or reconciled coast” instead of the “pirate coast,” with which the English stigmatized the Qawasim sailors defending their country and their waters in the face of foreign invasion.

The caliphate chiefdoms of the coast remained subject to British colonialism for 151 years, and they continued to follow the government of British India until India gained independence in 1947, and the sheikhdoms followed directly to London.

This was followed by the British decision to withdraw from the Gulf region (east of Suez), and the beginning of consultations to establish a union between Abu Dhabi and Dubai first in 1968, then joined by the other Emirates, according to the Dubai agreement and its provisions.

The states were known as the Trucial States, and they remained under British protection until 1971 AD when they gained their full independence. The same year also witnessed the union of six emirates, some of which united with each other to form the United Arab Emirates, and then joined them in 1972 AD.

The UAE at the beginning of the twentieth century fell within the scope of backward or poor countries. Its inhabitants earned their livelihood from the craft of fishing, pearl, and camel herding, as well as the cultivation and trade of dates.

The discovery of petroleum in the fifties of the twentieth century had its effect on the sudden wealth of the state on the one hand, and on its attraction to modern industrial growth and development and the growth of modern cities on the other hand.

Many of its residents abandoned their traditional livelihoods and replaced them with jobs related to petroleum manufacturing and other modern fields or fields of work and livelihood. By the 1970s, the United Arab Emirates had become one of the countries characterized by high individual incomes, or high per capita income.

Planning for the state union began at the hands of Zayed bin Sultan Al Nahyan, the former head of state, and Rashid Al Maktoum in the Al Samha area in Dubai, but British colonialism, which had the reins of affairs at the time, would not allow an Arab Muslim state to unite, and that was in 1968 AD and in In 1971, after freedom was achieved for the state, the sheikhs of the region decided to establish the union to include all parts of the state, namely Abu Dhabi (the current capital), Dubai, Sharjah, Ajman, Umm al-Quwain and Fujairah, so the union was established, without including Ras al-Khaimah, which was allied with Bahrain at the time. In 1972, Ras al-Khaimah united with them to form a union.

The United Arab Emirates is located in the southeastern land prominence of the Arabian Peninsula including the Sultanate of Oman and the United Arab Emirates. It is confined between the northern geographical latitudes of 22 degrees and 30 minutes, and 26 degrees and 5 minutes, between Ramlat Aruq al-Shaybah in the south and the Shaam-al-Qir region in the north in the Musandam Peninsula.

If you add to this the Emirati islands in the Gulf, its northern maximum will be the northern geographical width of 26 degrees and 15 minutes, and the longitude is 56 degrees and 20 minutes east of Greenwich in the far east of the country at the village of Khatam Milaha and the emergence of the Khorfakkan rocks on the Gulf of Oman.

The State of the United Arab Emirates is surrounded on the east by the Sultanate of Oman and the Gulf of Oman, on the north by the Arabian Gulf, and on the west and south by the Kingdom of Saudi Arabia. The length of the state’s borders is estimated at 1740 km, of which 730 km are marine borders (90 km on the coast of the Gulf of Oman, and 640 km on the Arabian Gulf). The state’s borders are not definitively fixed, and it has not been agreed to officially draw them except in limited parts of it. The demarcation of borders went through controversial events and stages between parties with special interests.

The land of the Emirates with its islands covers an area of ​​83,600 km2, while its area without the islands is about 77,700 km2, and the number of islands exceeds 200 islands, the largest of which is Abu Al-Abyad Island. The shape of the country approximates a right-angled trapezoid close to the triangle. With a triangular extension to the northeast.

The structure of the United Arab Emirates consists of sedimentary rocks of sandstones, limestone, and others, and metamorphic rocks such as quartzite, schist, and alabaster, and subterranean-impulsive green rocks such as gabbro and serenptinite. Sedimentary rocks. On this basis, the land surface of the UAE consists of two major geological and terrain regions, the mountains region and the plains region, which include several areas:

The climate of the United Arab Emirates is tropical, dry desert, continental in the interior, and humid desert on the coasts. Important factors affect, most notably the geographical location, of the tropical widths and the Tropic of Cancer.

As for the Gulf water factor and its mass, its role is negative, because the warmth of the Gulf waters and the high rate of evaporation cause high air humidity in high-temperature conditions. Especially on the coastal strip. As for the terrain, its importance appears in allowing continental influences to penetrate across the country due to its low height and lack of mountains, except in the east of the country where the mountains stand up against the winds blowing from the Arabian Sea, which increases the amount of rainfall in them.

The temperatures in the country are characterized by high throughout the year, especially in the summer when the maximum temperatures reach 47 degrees Celsius, and 50 degrees in the desert interior.

Winds blow over the country from the north and northwest, which soften the air and reduce the burden of high humidity in the summer. The winds coming from the east and southeast are wet, unlike the dry south winds. The effect of wind movement and directions appears in the axes, shapes, and movements of the sand dunes in the desert interior region in particular.

The country is devoid of permanent surface water flow, except for some small streams and some limited eyes in the mountainous east and mountain margins, in addition to the torrents of the rainy season. Therefore, the UAE depends on its sources of fresh and salt groundwater, desalinated seawater, and the production of sewage water stations.

The water policy in the UAE tends to increase the quantities of desalinated water, and reduce pressure on groundwater sources because its stock, estimated at 5280 million m3, is decreasing and because it is mostly old (fossilized) water that does not regenerate, and the rains are unable to compensate for what is raised from it. There are 13 major desalination plants in Abu Dhabi, Dubai, Jebel Ali, Sharjah, and others. There is a plan to store rainwater behind dams in the Fujairah Mountains, Ras al-Khaimah, and Dibba.

The plants of the Emirates reflect the desert conditions, as the trees and shrubs in them are few scattered, most notably tamarisk, sidr, atti, and ghaf. Among the bushes are tribe, curry, green, and others There is also less herbs, and their types are Al-Nasi, Al-Qurna, Al-Aadid, Al-Thamam, and other types of desert plants.

Mangroves grow on some parts of the coasts in the form of shrubs in front of the Umm al-Quwain creek, around Abu Al-Abyad and Al-Sinaiyah, and on the coasts of Ras Al-Khaimah and Kalba. The tree and vegetation cover in the Emirates, in general, is very careful, and efforts are being made to increase the area of ​​green areas. The state planted about 23 million palm trees in addition to 107 million fruitful and fruitless trees until 1997. It has also established many reserves and natural parks across the country.

The animals of the Emirates receive clear attention to preserve animals, including their birds. In it there are more than 400 species of birds, different types of mammals, the remains of gazelle and wudhi, as well as the oryx that ceased to exist and resettled, in addition to a few foxes, wolves, mice, rats, skunks, lizards, and other reptiles and insects.

The country has a number of nature reserves in order to protect wildlife and preserve the environment, such as the islands of Samaria, Jernin and Sirbani Yas. The UAE also has an important wealth of fish and shrimp, and the Marine Research Center in Umm Al Quwain is working on developing means of breeding and breeding them.