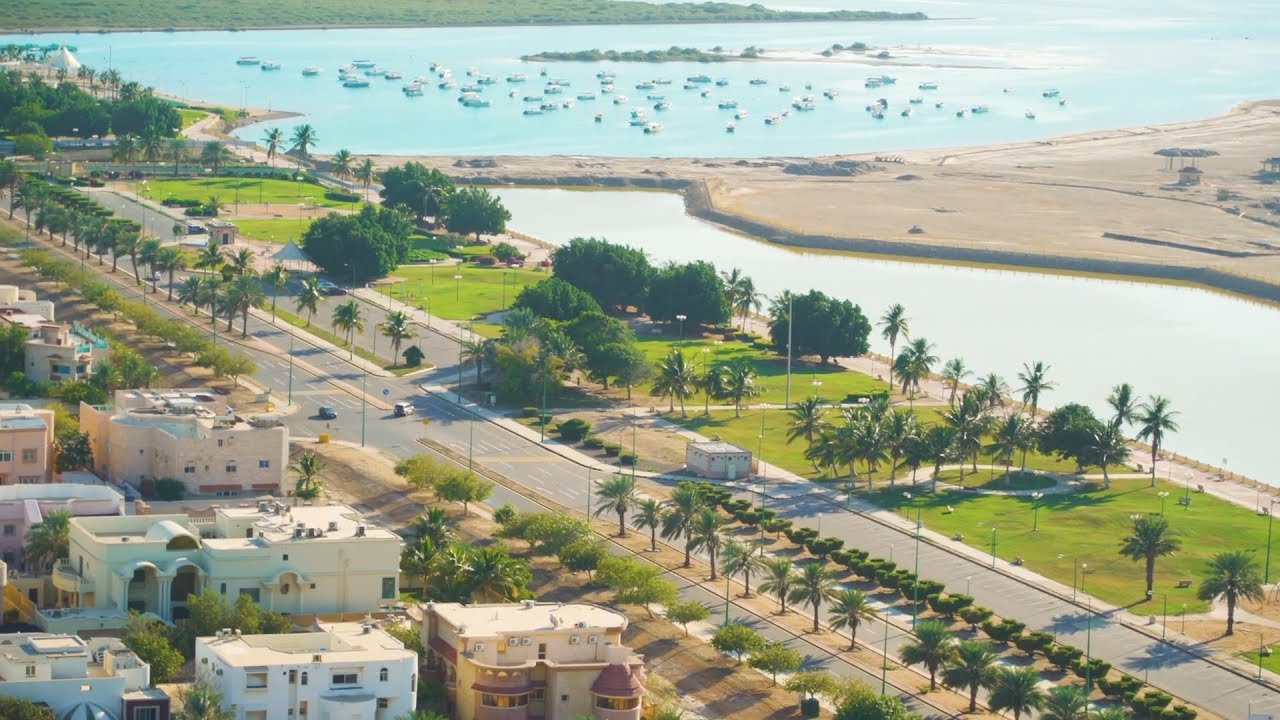 The city of Yanbu is located in the western side of the Kingdom of Saudi Arabia, and overlooks the Red Sea in the north of the city of Jeddah, and is considered the second port of the Red Sea after the port of Jeddah, and it is the main port of Medina , as it is located 160 km from the eastern side of Madinah. The economy of Yanbu was based on pilgrimage campaigns, the export of agricultural products, especially the export of dates, and in 1980 AD, three pipelines were built in the city of Yanbu; In order to deliver oil and its products to the petrochemical complex, in addition to that, the city has a small airport, and many roads extend along the coast and to the eastern side of the city .

The city of Yanbu is distinguished by the presence of a number of tourist places in it, including:

The lake is located in the Industrial City of Yanbu along Al Mina Street, and it is an artificial lake that is characterized by complete tranquility, and the lake provides a range of services; From Wi-Fi network, toilets for men and women, and private playgrounds for children, and includes large areas of green plants.

It is located in Yanbu Al-Sinaiyah on King Abdullah Road, and the façade includes the largest entertainment centers such as parks and gardens.

The club is located in Yanbu Al-Sinaiyah along Al-Mina Street, it was established in 1416 AH, and the center holds a range of sports, events, and competitions; Examples: show jumping, and endurance racing.

is located to the west of the Corniche, as it includes the beaches of Sunrise and Sunset; Therefore, it is considered one of the most important tourist attractions in the region, and the island includes sandy beaches so that the visitor can camp, practice swimming, kitesurfing and fishing, and the island also includes places for barbecues and places for quiet sessions.

The parks are located on the Yanbu Industrial Corniche, and the park includes a range of entertainment methods, places to sell drinks and ice cream, a pedestrian sidewalk, and car parking.