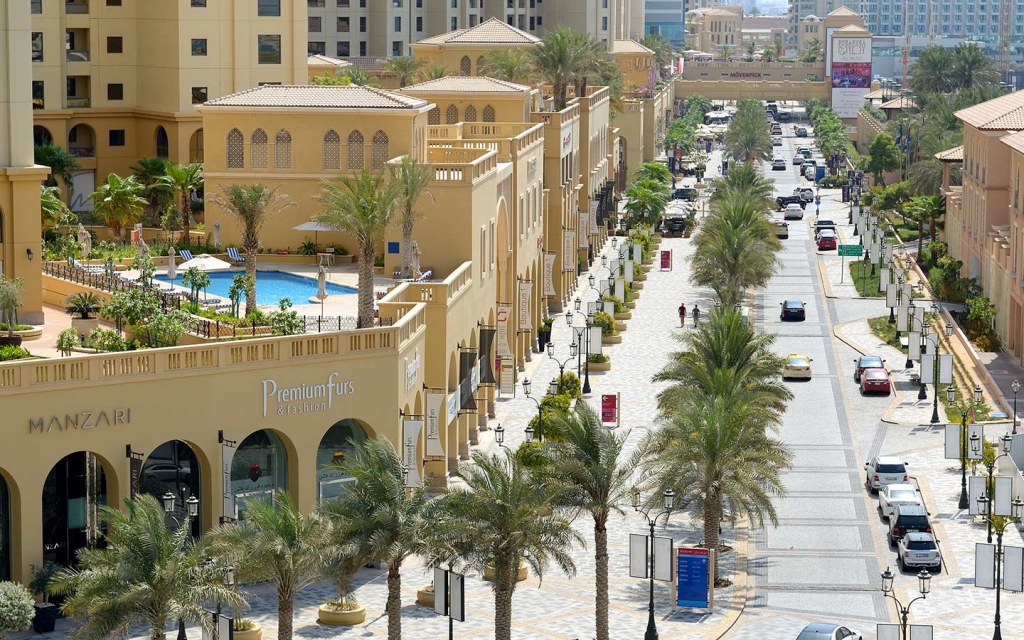 The emirate of Dubai pulses with vitality and a bustling atmosphere, which is represented by tourist places, markets, high-rise towers and picturesque landscapes, in addition to many Dubai streets that are the lifeblood of the city, as they link the various parts of the emirate and lead to many prominent tourist and entertainment places, so we decided today that We highlight the names of Dubai’s tourist and main streets that almost do not know the meaning of calm.

THE MOST FAMOUS STREET IN DUBAI

The streets in Dubai pave their way between the embrace of the city, forming an architectural painting that indicates the extent of the Dubai government’s interest in infrastructure and architectural and engineering development, and the following is a group of the most beautiful streets of Dubai:

Sheikh Mohammed bin Rashid Boulevard has been awarded the title of the finest kilometer in the world, due to its luxurious hotels, huge skyscrapers, restaurants, and international cafes, as this street in the city center, is one of the most famous streets in the UAE, and if you are looking for unique views for photography, we recommend that you visit it in the evening Where the wonderful lighting makes it one of the most beautiful streets in Dubai at night.

There are a variety of entertainment places that you can visit on Sheikh Mohammed bin Rashid Boulevard, including a visit to the tallest Burj Khalifa in the world and the Dubai Dancing Fountain, in addition to the fun activities organized on this street, including cycling and exploring the city with the express rope “XLine” “And others.

These are some of the things that helped make it the most famous street in Dubai, and that prompted many citizens and tourists to search for apartments for rent in Downtown Dubai, where this street is located.

Sheikh Zayed Road is one of the most important and longest streets in the UAE, as this street, which was established in 1980, extends for approximately 558 kilometers, and is characterized by its inclusion of many high-rise residential and commercial buildings, as well as many hotels, shops, restaurants, cafes, and banks.

Sheikh Zayed Road extends from Abu Dhabi through Dubai and ends in Ras Al Khaimah and the rest of the Northern Emirates. It is also a center for the most important tourist attractions, including the Emirates Towers, Burj Khalifa, and Dubai Internet City, in addition to the Dubai World Trade Center, Jumeirah Lakes Towers, and Dubai Marina.

JBR STREET (THE WALK AT JBR)

We cannot talk about the most important streets of Dubai without mentioning the lively JBR Street, as this beach street includes many local and international restaurants, luxury hotels, shopping centers, and shops, which made it well-deservedly prove its position among the most prominent names of Dubai’s tourist streets.

This street is characterized by organizing many family activities, entertainment shows, comedies, and artworks, and you can also enjoy concerts, water, and beach sports that attract tourists from inside and outside Dubai.

Jumeirah Street includes a group of tourist and entertainment places that suit all family members, including La Mer, Kite Beach, and Jumeirah Beach, in addition to a group of the finest and most famous restaurants on Jumeirah Road, which offer delicious Arabic and Western food.

These destinations were not the only ones that made it the best street in Dubai for tourists, but also the various basic and entertainment services that it provides, such as banks, schools, nurseries, money changers, hotels, and cafes, in addition to the availability of apartments for sale on Jumeirah Street with charming views of the waterfront.

We conclude the most famous name of Dubai’s streets at Al-Raqqa Street in Deira, and despite being one of the oldest streets in Dubai, it still maintains its position as the most famous and most vibrant street, as it includes a large number of restaurants, shops, and gold shops, not to mention hotels and hotel apartments It is one of the most visited areas for visitors from inside and outside the United Arab Emirates.

Al-Muraqqabat Street is also located in the famous Deira area, parallel to Al-Raqqa Street, and is characterized by providing many shops, local and international restaurants, and cafes that cater to all tastes of visitors and tourists alike.

With this, we have put in your hands a group of the most famous Dubai main streets that embody a stunning view that you can see from the city sky through the experience of riding a balloon in Dubai, or when you experience skydiving in Skydive Dubai as well.