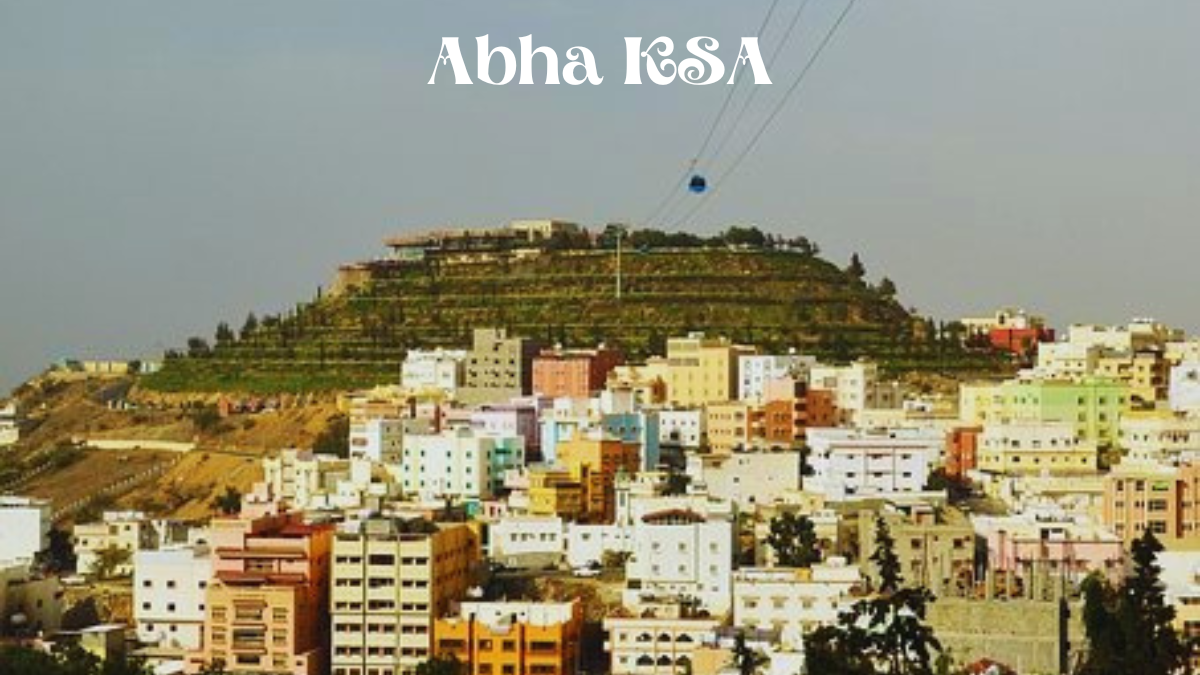 Abha KSA is one of the most beautiful cities in the Kingdom of Saudi Arabia. Besides, it has been one of the main destinations for tourists due to its mild climate all year. In addition, it was the first Arab country to be chosen as the capital of Arab tourism in 2017. It also has another famous nickname which is “the city of fog” as it is located between mountains. Its most famous characteristic about it is its abundance of vegetation. So, we will tell you in this article everything you need to know.

The meaning of “Abha” in KSA

Abha KSA in Saudi is an old city whose old name was”Eva”. Besides, it was the city where the queen Balqees bring gifts to the prophet Suleiman in 600 B.C. So, at that time it has the name”Abqa”. Later, during the Ottoman occupation, it has another name which is “Bahy” which means in the Arabic language “Beautiful”. Nowadays, its name is”Abha” which means in the Arabic language “The most beautiful”. This name is due to its beautiful nature that appears everywhere in the city.

Abha is famous for other nicknames like” The fog city” and also “The bride of the mountain”.

How it was established?

As we mentioned before, the city of Abha dates back to 800 BC. Where the camels of Queen Bilqis were taking gifts from this city to our master Solomon, peace is upon him. So, it indicates the nobility of this city and its Arab roots.

In addition, it has been passed by many rulers and authorities. As The Ottoman rule controlled Abha under the leadership of Muhammad Ali Pasha. It started in 1834 AD and remained until 1918 AD. So, it was handed over to Sharif Hussein bin Ali, who ruled Abha for a year. Then, King Abdulaziz bin Abdul Rahman Al Saud included it in the National Union.

The location of Abha

Abha is located in the southwest of Saudi Arabia as it is the administrative capital of Al-Aseer area. Al Aseer Area

The borders of KSA

The Area of Abha KSA

Abha weather is a mild climate most of the year.

Weather Abha KSA gets very cold in the city of Abha in the winter, as it rains a lot, and rain falls at its beginning, and it reaches a maximum degree in winter -4° or -6°.

Snow falls at the end of autumn.

Spring is famous for its rain.

It is moderately cold, and the maximum degree in summer is 25°.

The population of Abha is 758,957 people According to the statistics in KSA.

There are many Hotels in Abha KSA with various advantages

It is a four-star hotel, as it has the best hotel services and all your needs, and it also has a helpful staff

It is one of the best Abha hotels, as it is located in the center of the city, close to many vital places such as Abha Mall and Al Muftaha Palace Museum. In addition, there is a swimming pool and a conference room.

It is a three-star hotel, but it is characterized by luxury and equipped rooms and is located in the city center as well.

Abha has one airport which is Abha International Airport, and its Abha airport IATA code is AHB

Places to visit in Abha KSA

There are many famous destinations in Abha that attracts many visitors to visit and enjoy. Not only nature is an attraction but many of the valuable places to visit are inside these green nature such as:

You can see the entire city through this place, as it is located on the top of Mount Corn in the center of Abha, and you can also enjoy your time using the green cable car.

It is considered the highest point in the Arabian Peninsula, rising 3207 m above sea level. It is also one of the most beautiful excursions that you can enjoy your time with. In addition, the presence of wild plants such as gypsy and juniper trees. It is also located northwest of the city of Abha.

It is located in the west of the city of Abha and is characterized by luxury buildings such as luxury residential villas, and distinctive hotels, as well as a game city.

In conclusion, Abha is one of the most amazing cities in KSA which has fantastic views everywhere. Besides, its great mild weather in winter and summer enables many tourists to visit and enjoy. In addition, many innovations are being done nowadays to make a more and more pretty city.

Why is Abha famous?

Abha is famous for its green nature and dense forests which makes its view astonishing.

What is the best time to visit Abha?

The best time to visit Abha is in April, August, and November.

What is the coldest month in Abha?

The coldest month in Abha is January.

How old is Abha city?

How long is the flight from Riyadh to Abha?

The duration of the flight from Riyadh to Abha is one hour and 40 minutes.