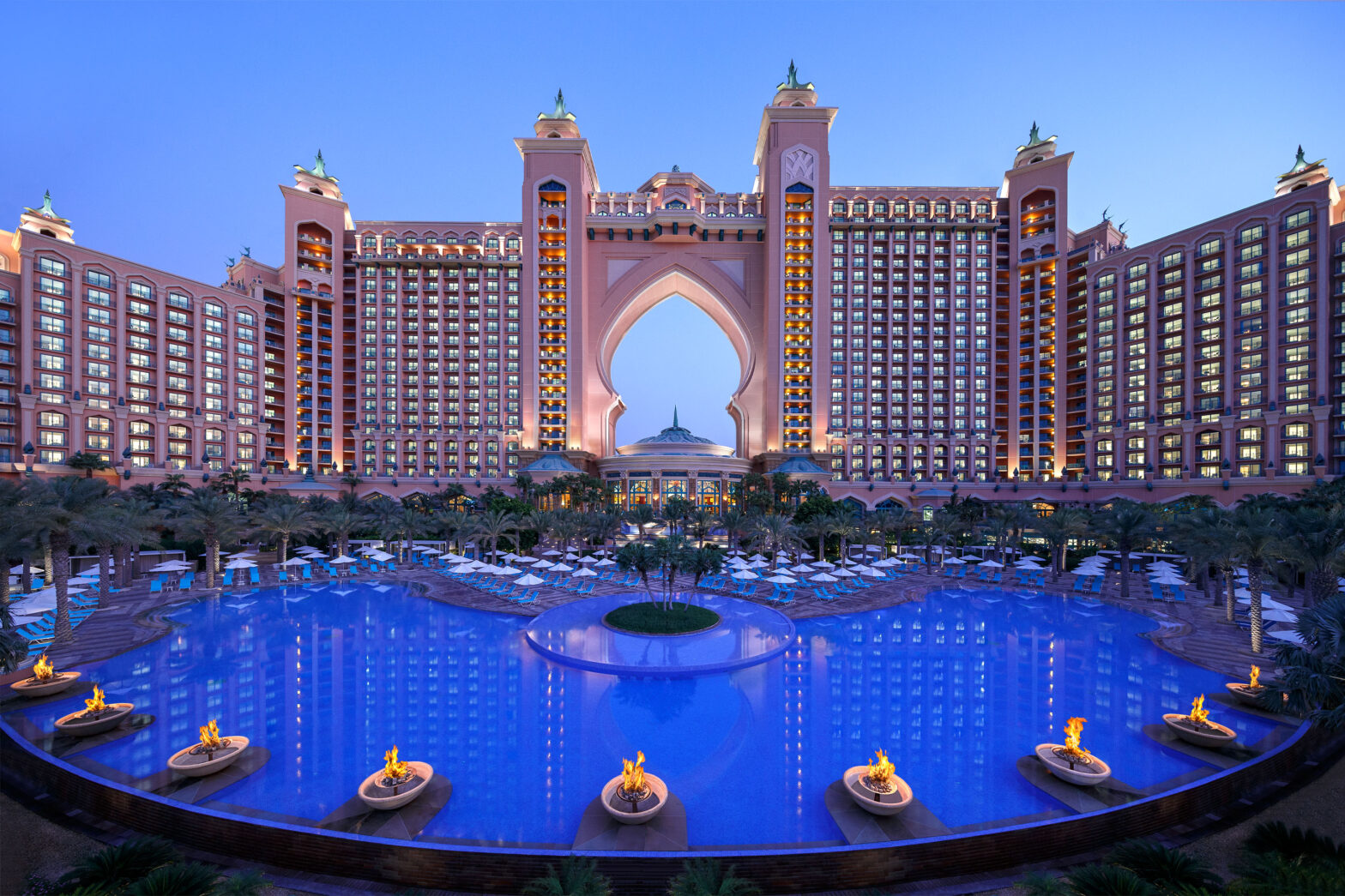 Atlantis Dubai is a man-made island located in Dubai in the middle of Jumeirah Island. Atlantis is a huge hotel. It was opened in 2008 and includes about 1,539 guest rooms.

In the legendary story of Atlantis, which is the fictional island that was written by Plato, a fireworks display of about 3.1 miles long was launched at the official opening, in addition to the display of various pictures on the outside of the hotel, and tourists can visit Aquaventure Water Parkon site, And Nasimi Beach, which hosts concerts and other entertainment events.

It is worth noting that the Atlantis Hotel Dubai is a symbol of elegance and wealth, as it is one of the most famous hotels and resorts in Dubai, in addition to being one of the most
famous hotels that provide minute details for all hotel rooms, such as: providing comfort, and the Arab influences that it shows, and this hotel includes an experience Unique for exploring aquatic life and exploring new ruins in Atlantis as a whole.

Some of the famous facts about Atlantis include:

Dubai is unique because of the following: