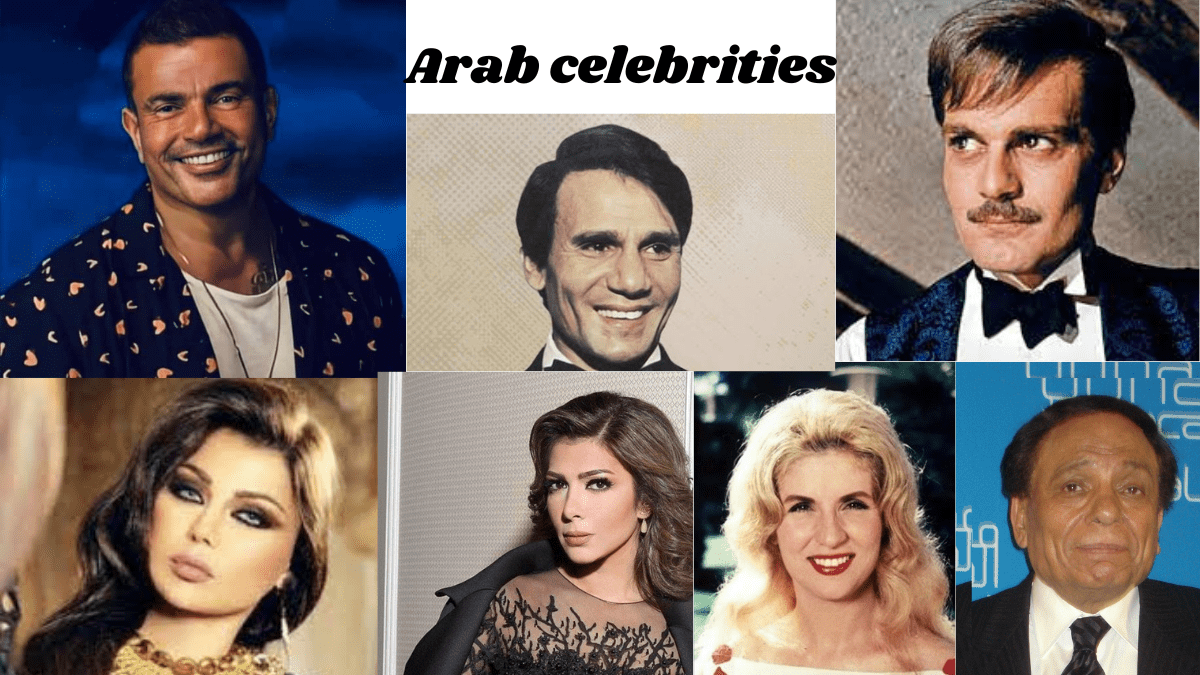 Most of the famous Arab singers and actors. So, we will remind you according to the most famous followers. They are many such as:

Omar Al-Sharif is considered one of the most famous Arab actors in the world. He is Egyptian, and he was born in 1932 AD. His fame began in Egypt, but he became more famous worldwide, as he appeared in many European, American, and English films. One of his most famous films is Lawrance Al-Arab, Doctor Zhivago, and also Hidalgo…etc

A great Egyptian artist born in 1940. He made many Arab films and series that became very popular throughout the Arab world. He is the most famous Arab actor in the Arab world. In addition, he acted since his childhood, he participated in political films and plays that talk about social problems. Among his most important works is the play Al-Zaim, Al-Wad Sayed Al-Shaghal, and his most famous films are Avocato, Sleeping in Honey, The Embassy in Al-Amarah, Marjan Ahmed Marjan, Birds of Darkness, and also The Terrorist…etc.

He is an Egyptian singer, born in 1929. He is considered the most famous Arab singer. Although he died in 1977, his songs are still heard to this day by young and old, because of his sense of sound and also attractive voice.

One of the most famous Arab artists who passed away, but many still watch his works and many mourn his death, but he left many artistic and political works such as the Black Panther, Sadat’s Day, and also Halim…etc.

He is an Egyptian singer, born in 1961. Besides, he sang many songs that millions of Arabs memorize by heart. He also sang with many international artists. In addition, everyone is eagerly awaiting his albums, as well as his concerts, which millions of Amr Diab fans and all Arabian people flock to. Among the most famous of his songs is Nour Al-Ain, “Come Back,” “Keep Remember Me,” “Learn,” On Three Days, “Tamy With You,” “Don’t Talk About It,” “I Love You,” etc.

He is one of the most famous Arab actors. He is a famous Egyptian actor, who is distinguished by his purposeful films and elaborate persuasive acting, which made him among the top ranks of accomplished actors, and he has won many awards. And among his most famous films, which made me a criminal, another one, molasses, clever thing, an industrial bump, and also an emergency situation…etc.

He is an Egyptian actor born in 1973 and also known for his strong elves roles. He has done many films, series, and also plays. Not only that, he was famous among his colleagues for his support for them and his support for any colleague, which made him one of the most famous Arab actors in the Arab world. Among his most important films are Africano, Italy’s War, Tito, The Island, and also the Spider…etc

She is one of the most famous Arab actresses. She was born in 1955. In addition, she made many great movies that are very famous in the Arab world such as Devil’s Island, Yacoubian Building, Abdeen Palace, Terror, and also Kebabs.

She is a Tunisian actress who was born in 1979; she is playing a great role in society besides making famous movies such as Aljazeera, Kira, the Jinn, the Blue Elephant, the Island, I Want to Get Married, and also the Sweetness of the World.

She is the strongest voice of Arab singers. She is a Syrian and also who was born in 1969. In addition, she has made many amazing signs that the entire Arab world is listening to it such as O crazy; imagine, ah from his eyes, I love you, and also God’s right hand.

She was one of the most famous Lebanese artists. So, she used to act and sing and had many famous films. And also She was born in 1972. In addition, her fame began in Egypt. Moreover, She has many movies such as soft hands, Love Street, and seven o’clock; he stole my wife, Ataba square, and also the second man.

She is one of the most beautiful Lebanese singers besides her lovely voice and songs. In addition, she was born in 1972. Moreover, she has many famous songs such as I’m for you, case of love, the opposite of what you see, the love of all my life, and also the most beautiful feeling…etc

She is a Lebanese singer and she has acted in movies as well. However, she is famous mostly for her beauty. She was born in 1972. In addition, she has made many songs such as Ana Haifa, You again, I can’t wait, Where’s Papa, Wawa, and also oh the life of my heart…etc

In conclusion, the Arab world is full of many talents and celebrities in many fields of life. So, we have mentioned as much as we can. However, there are many Arab celebrates.